After my visit with relatives in Sunnyvale, I was headed back to LA to fly home. I found out that Tom had left a car down in Monterey so he could drive his Toyota home, so I offered him a lift back down the coast. 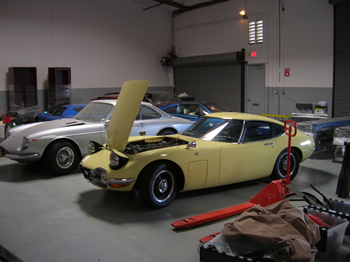 I stopped by Tom’s warehouse to find he already had the hood up on the Toyota trying to figure out the cooling issues. Either not enough air is getting through the radiator in stop and go traffic, or his radiator is clogged. I’m sure he’ll figure it out soon. 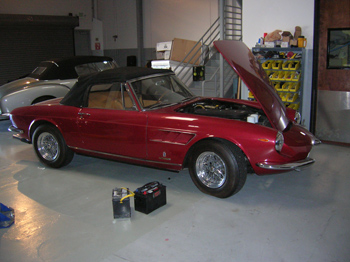 Among his collection of cars, he had this very nice 330GTC. He’s offered to drive this car down to Monterey with me if I fly into San Jose next year. It’s an offer I may not be able to refuse! 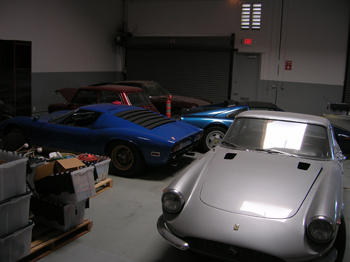 Tom’s in the process of moving into, and setting up this warehouse for his collection of cars, so things were a little in disarray. 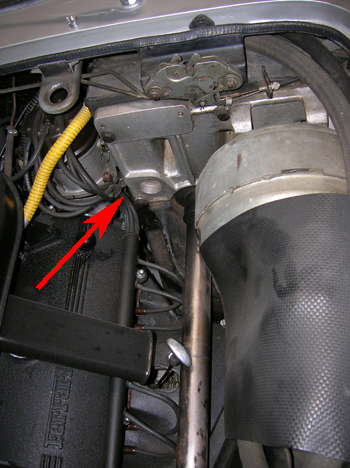 As we started talking about the differences between Vintage Ferraris, I noticed something I did not know with a 365GTC. The 365GTC looks very similar to a 330GTC, but with the subtle difference of two extractors mounted on the hood, but I was surprised to find this 365GTC to have a cable operated clutch. Looking at the cast aluminum pedal assembly mounted to the firewall, I could see the empty space next to the steering shaft where the clutch master would normally mount. 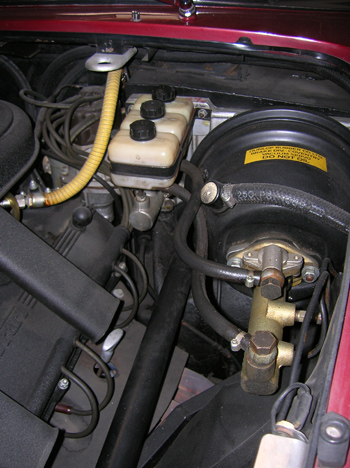 Looking at the 330GTS, I found the usual three fluid reservoirs where two are for the brake master, and the third one for the clutch. 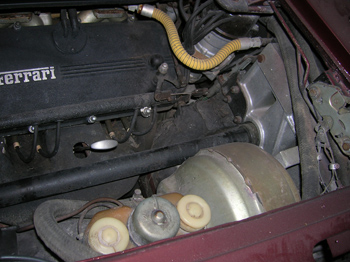 I guess there must have been a change in the 365 engine that required a cable operated clutch linkage as this 365GT 2+2 had the same set up as the 365GTC. Anyone have any insight?

Tom and I had lunch in Monterey before I drove the 5 hours south to LAX for my red-eye home. If I were better at planning things, I could have eliminated the long drive, but it was a good way to decompress from a hectic several days. Besides, if I don’t think I could have planned such a varied and interesting visit to Monterey if I tried!

Getting home, I had less than week to prepare my car for the National Ferrari Club of America Meet in Watkins Glen!