Ferrari Brakes, and Re-lighting the Sunbeam

9/12/07
Ferrari Brakes and Re-lighting the Sunbeam 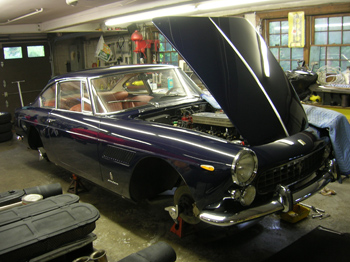 François had a GTE in the shop that he restored almost 20 years ago. It’s really at testament to his work to see how well this car is still in good shape. The current owner tries to drive this car regularly, but has not seen a lot of mileage in the last two years. As a result, the brakes have seized, and required us to pull all the calipers and master cylinder to clean and fix what’s not working. 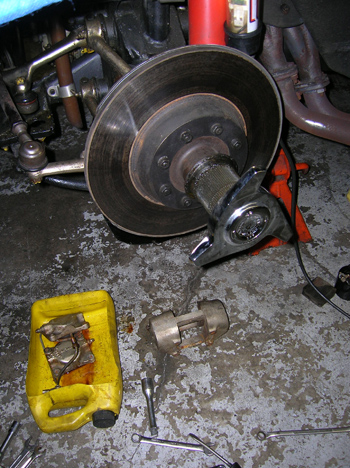 It was a real joy unbolting parts that were not rusted together. I had all the brake calipers off the car before lunch! 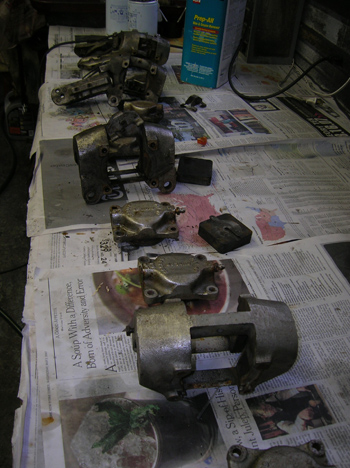 A couple of calipers were seized, and took a little more work to push out of their bores, but eventually, everything came apart. Since the bores were resleeved with brass sleeves, we were able to clean everything, lightly sand the bores with some fine sandpaper, and reuse the old seals. Today the popular sleeve material is stainless steel, but it was interesting to see the brass ones held up pretty well.

By the end of the day, we had most of the brake calipers back together. We still needed to rebuild the master cylinder that was seized, and fix one leaking brake fitting, but soon, this GTE will be stopping as well as going! 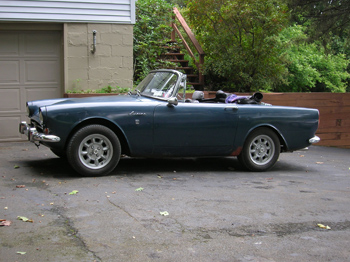 At home this week, I’m proud to announce that my 1966 Sunbeam Alpine is back on the road after a four year sleep! Due to lack of driving, the clutch rusted to the flywheel four years ago, and caused me to pull the transmission. The Ferrari took precedence over the Alpine, so by the time I found some time to work on the car, I found the brake master cylinder and clutch hydraulics had stopped working. I sent these components out for rebuilding, and finally found time in the last couple of weeks to install them on the car.

Once I got the car on the ground, I slowly worked the Alpine out of her tomb in the back of the my garage. I started to siphon the gasoline out of the tanks, but when smelled how stale it was, it didn’t smell as bad as it could have. Since I wasn’t starting a Ferrari, I threw caution into the wind, and primed the mechanical fuel pump. After several attempts from the starter, the little four cylinder reluctantly fired up! I knew there was still some combustible components left in that gas!

Within two days, I had changed the oil and coolant, and got the car road worthy to pass my State inspection. With every mile driven and my little mechanical tweaks, the car is getting better and better. I’m really looking forward to driving the Alpine through the Fall with the leaves rustling behind the car as I blast down the country roads. The top’ll be down, the heat’ll be on, and I’ll be grinning from ear to ear!