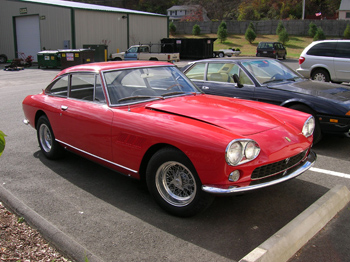 This week I continued working on the 330 Pete Sweeny has up for sale. We’ve been trying to sort out a strange issue with the brakes. When we took this car out for a test drive during my party several weeks ago, the brakes locked up. Apon closer inspection, we found the brakes would lock up when the car would warm up, but would soon release once things cooled down. 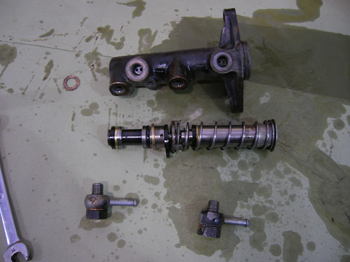 Often these problems lie within an aging brake booster or bad master cylinder, but after removing and inspecting the suspect components, we found no “smoking gun” to the culprit. We called the previous mechanic that worked on this car, and discussed the work they had done to try and figure out what happened. They too had brake problems, but thought they solved the issues with a master cylinder rebuild.

We tried several times to figure out the problem, and removed the master cylinder at least two times looking for debris or an ill fit. The locking brakes were not always repeatable, and they would lock up under different circumstances. Finally after consulting another Ferrari mechanic, Bill was told to check to see if the cup seal in the new master cylinder rebuild kit was blocking the holes in the bypass circuit. It turns out the new seals were slightly thicker than the original ones, and was causing fluid to get trapped in the master cylinder, not releasing pressure all the time. Bill actually had a set of NOS seals, and sure as sh*t, they were thinner! I wasn’t sure whether to be happy we found the culprit, or cry that it took my taking the brake system apart several times to find out it wasn’t our fault! 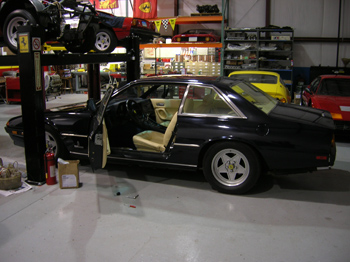 After what I hoped was a successful repair on a nightmare job, I was put on another challenging project, the 400iA. After repairing the fuel issues last week, I had to address a non working driver’s side electric window lift. 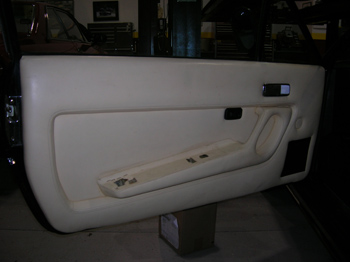 I hoped it was something simple like a loose wire or broken switch, but everything was pointing to something wrong behind the door panel. The window was jammed and not even the supplied manual crank was moving anything. 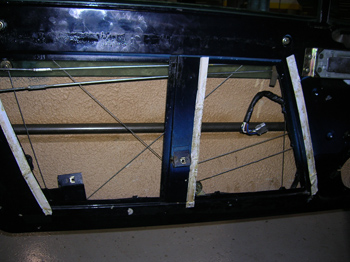 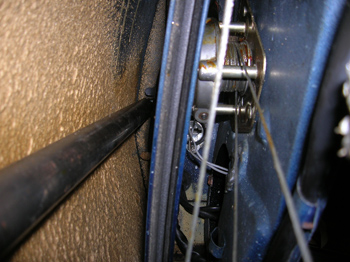 Many Ferrari windows are operated by Rube Goldberg design of cables, pulleys, and tensioners. Getting to the motor and gear box requires unraveling the cable that snakes all about the inside the door. As soon as the tension is released, the cables create a rat’s nest of wire.  I took some pictures, took some notes, and hoped I could put all this back together again! 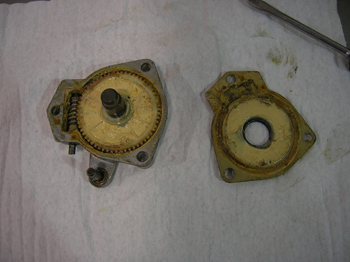 Eventually, I got to the root of the problem. The Sperm Whale Oil based grease the Italians used dried up, hardened, and locked the gears in place. ( O.K., I don’t know for a fact it was whale grease, but it was obviously something that should have never been used to grease anything!)  Luckily the grease in this gear box did not cause the gears to strip, so a thorough cleaning, and modern replacement grease got everything in working order again. The new grease I used should last much longer than the crappie Italian stuff!

The next biggest challenge was to get everything back together. Normally,  the cable and motor assembly was installed first before the window frame and glass was put in. This allowed the assembler to check for fit and movement of the cable and motor before the attaching the glass to the cables. When repairing the gear box like in this 400, things were done out of order, so getting everything back properly was not an easy task. I can’t tell you the relief I had when I bumped the window switch and the window moved up and down!