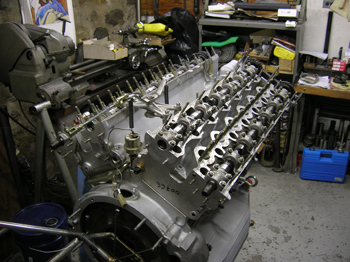 Several months ago, François completed a rebuild on a 365GTC/4 engine that was shipped to him from across the country. The engine was assembled and ready to go when we discovered the head gasket problems with the 365 GTC/4 and Daytona engines. The sporadic failure with the Elring gasket made François decide to take the heads off this newly rebuilt engine and replace it with the new Australian made head gaskets. 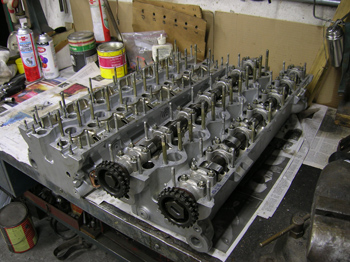 I was able to remove one head without removing the cams because the master link was in a convenient place to split at the top of that head. The C/4 engine has one long chain that operates the four camshafts so in order to pull the head with the chain still sitting on the cam sprockets, the other head required the one set of cams removed. 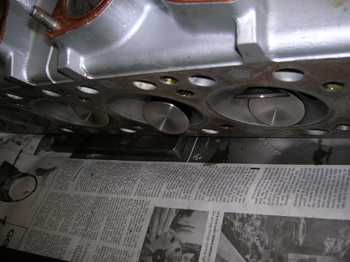 With cams in place, there is a great risk in bending valves. You can see here how much lift there is in these valves, and simply setting the head down on a workbench can bend the opened valve. Before I put the head on the bench, I made sure I had spacers to keep the head elevated from the bench. 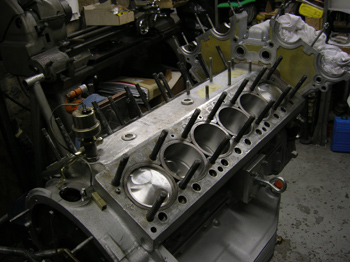 I spent the rest of the day scraping and cleaning the gasket surfaces for the new head gasket.

Thanks to everyone who have shown their support so far during the first week of the December pledge drive. It’s nice to know you like what you see here, and I look forward to bringing you more for 2008!