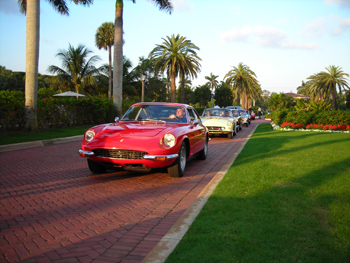 I had a good night sleep, but Mark couldn’t sleep at all. It was like he was going to the prom, and his date was the Ferrari! The detailers worked through the night, and the results were spectacular. There wasn’t a swirl in sight, and I didn’t get my hands dirty at all! 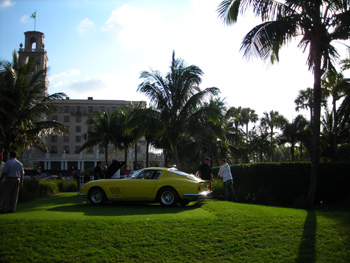 The Breakers Hotel is a fantastic venue to hold a car show in Palm Beach, and was a great break from the cold weather up north. 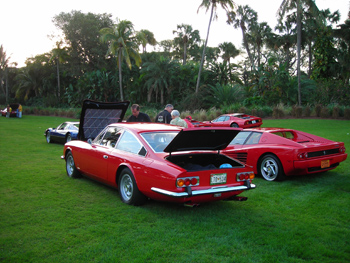 As we were directed to our spot on the lawn, I was confused with our placement. We were parked next to a 512M, and surrounded by Boxers and Mondials. I saw Steve P. an event volunteer, and fellow 330 owner who I knew from my website to confirm our placement only to find we were exactly where they had meant to put us. 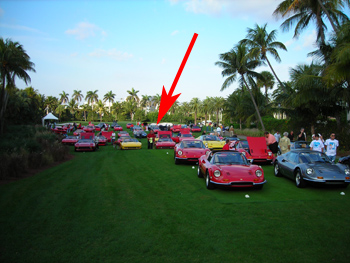 Looking closer, we were parked in the “2+2” class which explained the Mondials, but it was a shame that we were stuffed so far back with cars that were at least 20 years younger, while all our sister cars were much further down field. Not only were we mismatched in age, but also in design. The incongruity of our early Pininfarina shape really stuck out among the more angular look for 80s Pininfarina design. 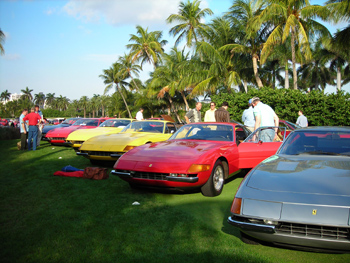 John Barnes and the people of Cavallino managed to assemble a very nice collection of Daytonas on one of the upper lawns, so at least being pushed further down field had its reasons. If you liked Daytonas, you shouldn’t have missed this show! 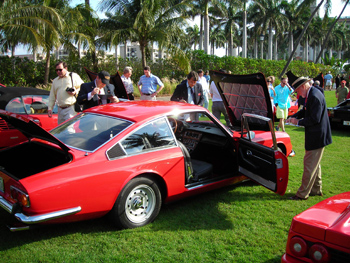 Mark’s 365GT 2+2 was first to be judged, and two of the three judges were at dinner with us the night before! Greg Jones owns an operates a restoration shop in Florida, and Larry Benson, an active member of the tomyang.net community, owns a 330GTC. The third judge, John Kies, was no less knowledgeable, being part owner of Motion Products Inc. in WI the company that was showing that beautiful Europa in another class. We weren’t sure if knowing the judges was a a help or a hindrance, but I was sure glad Mark didn’t have an extra beer over dinner the night before while telling Greg Jones all that was wrong with his car! 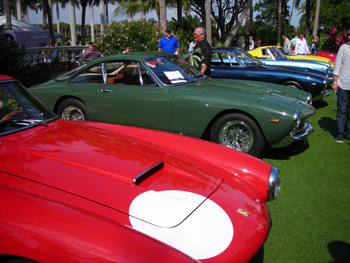 Our section of cars was separated from an upper lawn where the nicest cars were shown. The Breakers had made some modifications to their greens so the upper section was cut off from the rest of the show field making spectators walk out into the street to see the rest of the cars. Once getting onto the upper lawn, however, we were met with some spectacular cars. Of course I was drawn to the Lussos, and found this very nice green example restored by a shop in my neck of the woods. Paul Russell’s shop in MA restored this car, and it looked great! 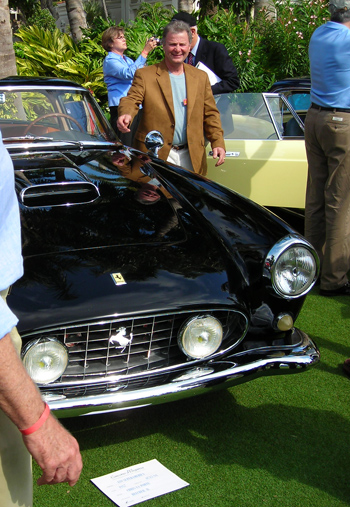 I had met Chris La Porte and his wife at dinner the night before and was finally  introduced to the 410 Superamerica he’s owned for over 30 years. 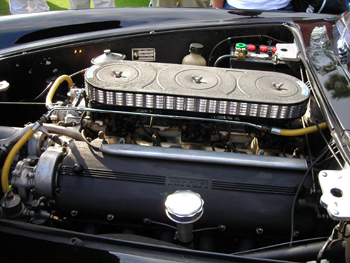 These cars were built exclusively for owners that wanted something that was a little more special than a common Ferrari, and the monster 5 liter displacement engine was 40% larger than the regular production engines of the time. Chris was very lucky to have bought this car as just another used Ferrari! 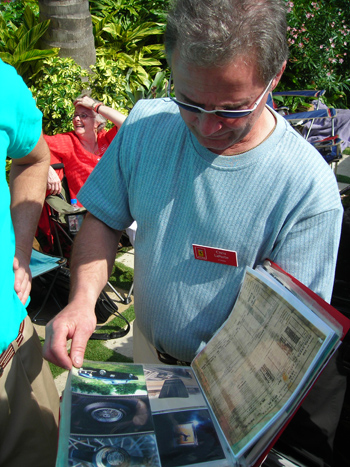 Flipping through his book of notes, pictures, and history was fascinating. I think it’s great that he has not completely restored this car, and it remains original, something to be proud of. 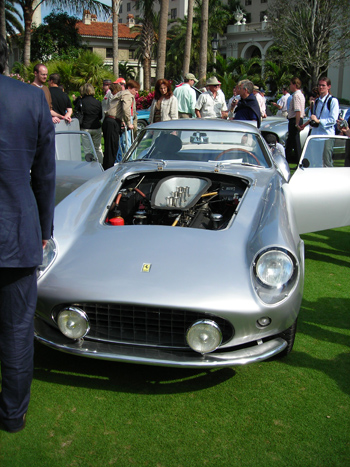 Another interesting car was this 250 Tour de France owned by Wayne Sparling. 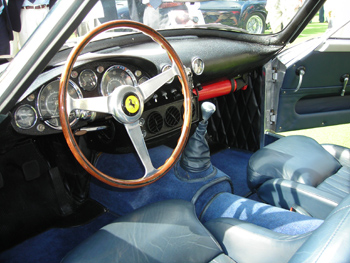 The fact that a modern air conditioning unit was installed under the dash proves that this car was driven by its owner. 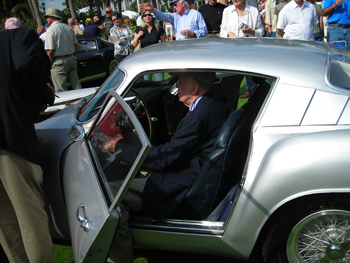 Modified or not, it was nice to see this car and its owner still being celebrated by the judges. 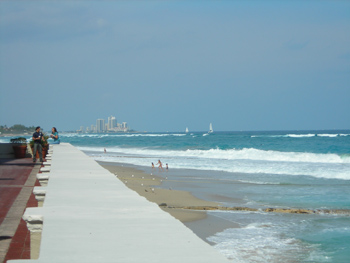 I took in some of the fresh ocean breezes before I planned the rest of my evening. The awards dinner was scheduled, but I had other plans, and you can read about soon in an upcoming post!