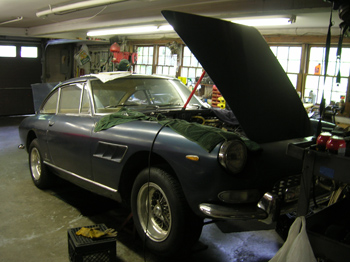 In discussions between Art, myself, and François, it was decided the best course of action was a full engine rebuild on Art’s 330GT 2+2. With the rings being out of spec, the pistons out of round, and who knows what else could be wrong with this engine, it was too much risk to try and salvage the previous “rebuild.” If we simply rebuilt the heads, the higher compression of the top end would have made the blow by in the cylinders even worse.

Wanting a reason as to how an engine could have been assembled like this, I was given as pretty good explanation by François. He said he knew of mechanics back in the day that used to rebuild Ferrari engines by simply installing a new gasket set and rings for the original pistons. With the new parts, the “rebuilt” engine would run better and seem rejuvenated for a short while. Many Ferrari owners rarely drove their cars, so when the evidence of an incomplete engine rebuild would rear its ugly head, it would be several thousand miles later, and probably a couple owners down the road. Who knows what happened to Art’s car, but one thing’s for sure, he’ll get substantially more miles out of this rebuild when we’re done with it! 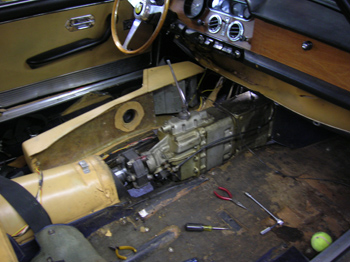 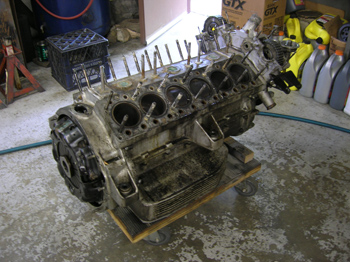 If I missed anything, it became apparently obvious as the engine rose out of the car, but by the end of the day we had the engine on the floor, and I started removing the parts like the clutch, fuel pump, and water pump. The biggest battle was trying to keep from getting too filthy from all the greasy bits! Everything was covered in a layer of oil and dirt. It’ll be so nice to work with clean parts when this engine goes back together.