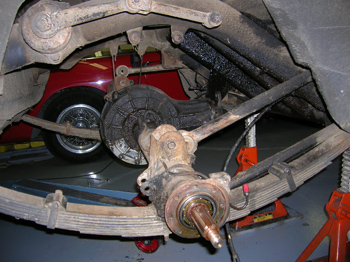 This week I rolled up my sleeves and tackled something I was not looking forward to doing: Removing the rear differential to the PF Coupe. There was an oil leak that was more than just a bad pinion seal, and the extent of it can be seen from the thick layer of oil coating the surrounding area. The previous owner explained that the rear differential always leaked since he bought the car in 1976, and he simply added more oil when things got low. Our concerns with this plan was if the current owner plans on taking this car out on road rallies, the extra heat generated from continuous use could cause an even bigger leak. Now was the time to fix the leak. 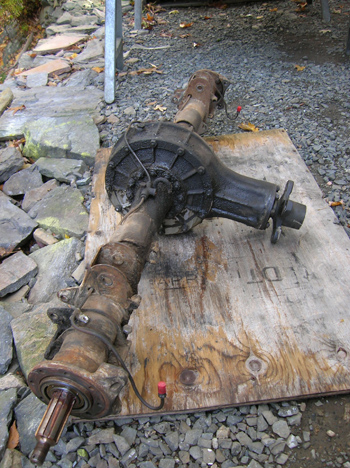 Even though there were a lot of rusty cotter pins to remove and a lot of sticky dirt and grease to contend with, this rear end came out without any major problems. 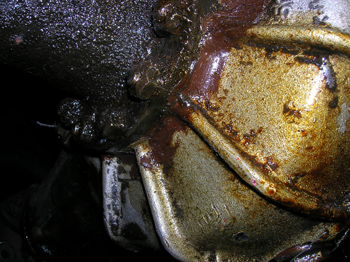 Our biggest concern was where was the source of the leak. A patch of some kind was discovered on the aluminum center section, and we were worried there was a crack in the housing. There was no way to tell except to scrape off the patch and clean up all the grease and grime. 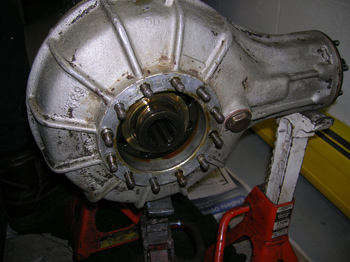 After scraping and degreasing, a clean center section started to emerge. Once the axle tubes were removed, we luckily found no cracks in the housing. The leak was simply from the mating surface of the steel axle flange to the center section. Once we clean all the mating surfaces, a thin coat of sealant will stop the leaks for good! 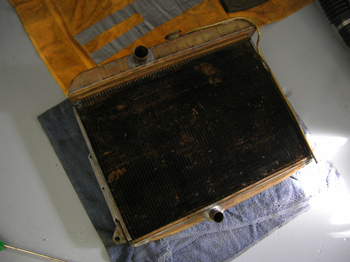 The radiator is back from a cleaning, pressure testing, and patching. 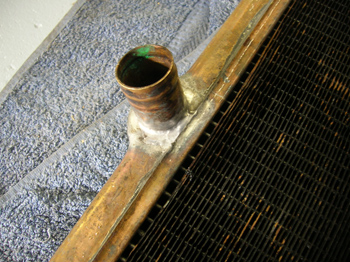 A couple small leaks were found and patched, but otherwise, the radiator is ready for continued cooling of the PF Coupe. 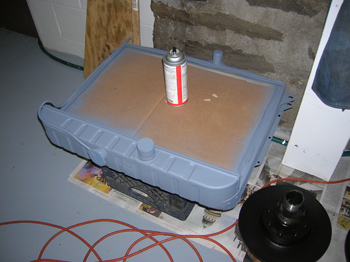 Alvin, François’ helper was busy painting all the parts that were cleaned. 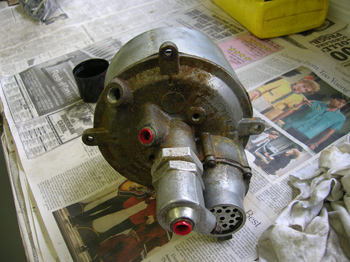 The Brake booster didn’t look that bad mounted in the engine compartment, but once we pulled it out of its dark hiding place, we could see it could use some help. 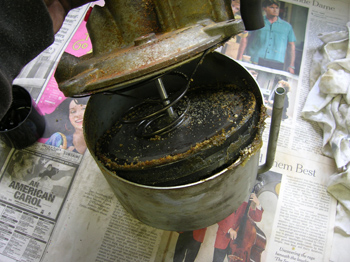 Taking apart the case showed a lot of crud built up inside. It wasn’t much longer this booster was going to work with corroded parts like this. 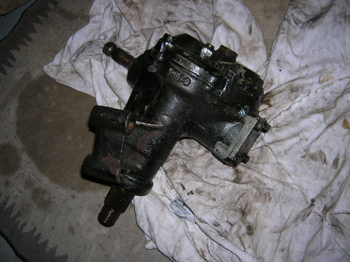 The steering box had a leak so it needed to come out to replace the lower seal. 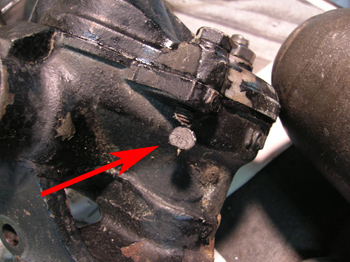 With the original lead “ZF” tag still on one of the housing bolts, it proved this steering box had never been apart. 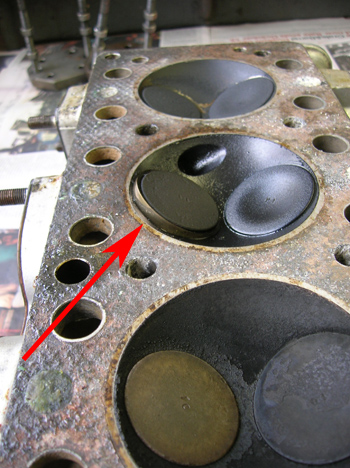 We finally got the left head off of my car, and the dropped valve seat was plain to see. There was no sign of anything grossly wrong except for the dropped seat. I’ve since decided to replace all 24 valve seats to try and insure this does not happen again. With one head off the car, I’ll now have to work on getting getting the right head off the car. It’s going to be a long winter!