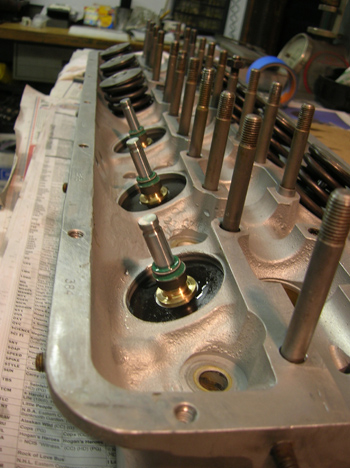 We got new exhaust valves and spring shims in, so we could continue with the rebuild of 7919’s engine. New valve stem seals were installed. Vintage Ferrari engines did not originally have these valve stem seals and relied only on the clearance of the valve guide to keep oil out of the combustion chamber. With about 50K miles of wear, oil would easily leak past the valve guides, and burn up in the cylinders. By installing valve guides made with modern materials and a synthetic rubber valve stem seal, rebuilt Ferrari engines smoke a lot less and last a lot longer between rebuilds. 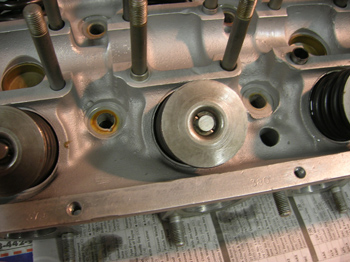 The springs and keepers went on next. François showed me his technique, and it took me several tries before I got the hang of his spring compressor tool, but by the time I got to valve 24, I had it down pat! 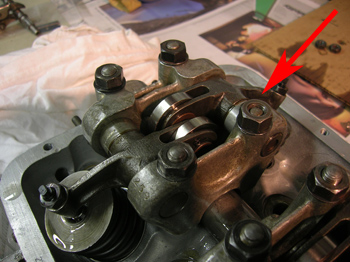 Next came the rocker assemblies, but we found a slight problem. The history of this engine is suspect, so occasionally we’ll run into issues that need to be fixed before we can continue with the rebuild. Some of the studs that hold the rocker assemblies to the heads came up short. Someone may have exchanged a stud or two for shorter ones. The force of the cam lobes working against these nuts could force these studs to strip if there is not enough thread to hold things together, so we had to look for longer studs. 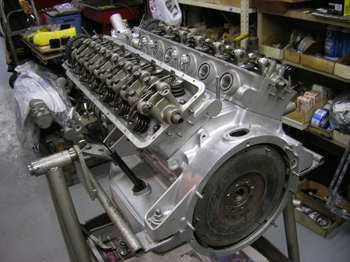 After the rocker stud issue was resolved, we installed the heads. François worked with me closely, installing these heads to show where I may have made the mistakes on my 330 engine. Practice makes perfect, or at least leak free! 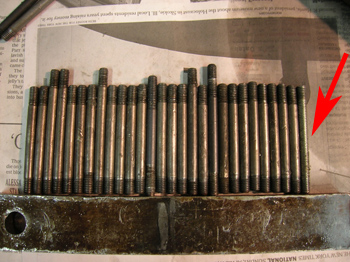 We found more mismatched valve cover studs, including a threaded rod for one of them. There are supposed to be two pairs of long studs that secure the spark plug tubes to the valve covers, but there were a couple extra ones in this batch. Long studs in the wrong places will ruin the acorn nuts that secure the valve covers by popping the tops off of the nut, so getting this right will, um..be right. 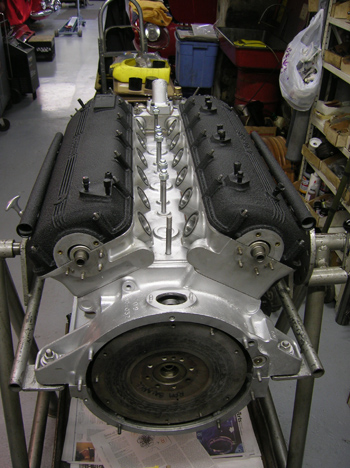 Although we still have to time the cams and distributors in, I installed the valve covers and spark plug tubes to get a jump on installing new spark plug wires. 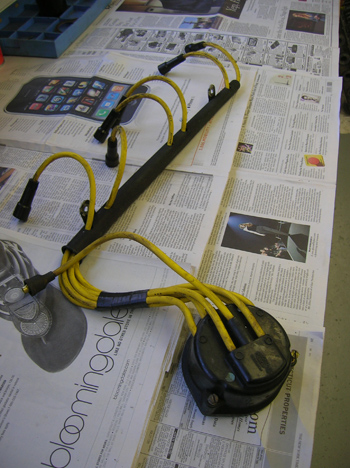 The wires that came on this engine before the rebuild are a little garish, and just won’t do for a Vintage Ferrari. 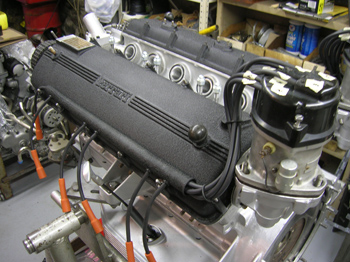 New grommets, wires, and o-rings were installed, and are ready to fire this V-12 up when it’s time. 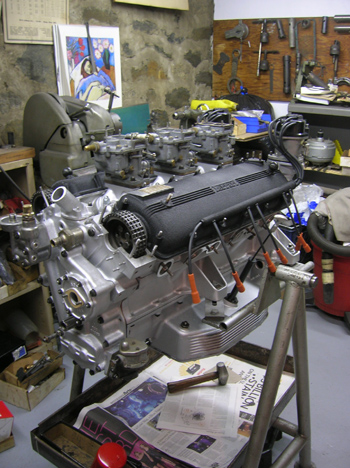 The intakes and carburetors went on, and it’s looking very nice.  I think Art will like what he sees.