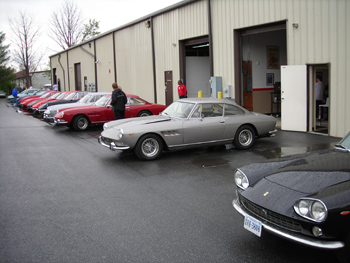 The day started out much like last year where it was a little wet and rainy. I awoke a little worried about the turnout, but knew the die hard gear heads would show up regardless of the weather. Richard and I put a lot of work into this show, and it’s always great to know a lot of our show-goers are not fair weather gear heads! 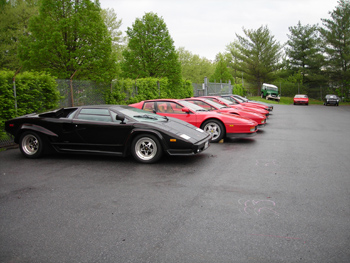 The focus on my website has always been Vintage Ferraris, but that definition is always changing. Lamborghini Countachs and Ferrari Testarossas are pushing over 20 years old and it was great to have them join us in the celebration of old cars. Even a Lamborghini Jalpa came out in the wet weather. The owner told me that he rarely drove his car in the rain, but this was an event worth getting his car wet! 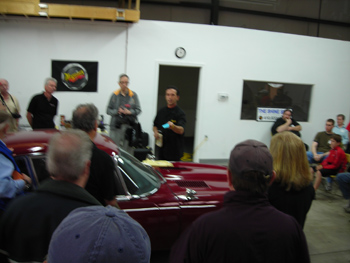 Richard and I arranged for several vendors to do some tech seminars. A Meguiars representative came out to show us their products, and Richard’s detailer was also available to field questions from the audience. There were also sessions on automotive charging systems and cylinder heads. I tried my best to participate in sessions, but we were scrambling to avoid a potential disaster.

This year, Richard, Patty, and I decided to arrange for a local Barbecue joint to come out with their truck to sell food to the show goers. Having a third party handle the food would have allowed us to focus on the show, and save us from having to deal with feeding 200 people. After every call to the vendor in the time leading up to the party, the owner assured us he was coming, but as lunch approached, there was no sign of the truck. Richard even drove by the shop to make sure they were preparing to feed us. 12 o’clock rolled around, the seminars were well under way, and we felt a disaster was looming. Richard’s wife, Patty, called another barbecue restaurant and ordered a few hundred dollars of food. By 1 o’clock, the food had arrived, and our guests were fed. The original vendor did not show up until after 1pm. Needless to say, we turned him away, and asked him to go and sell his food somewhere else. 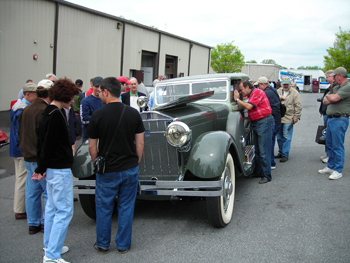 The highlights of the show was a well used Lusso ( more on this later) , and this Isotta-Fraschini! How often do you get a chance to take an up close look at a pre war classic like this? 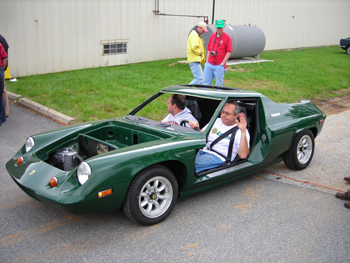 At the end of the day, some local gear heads stopped by with this project Lotus Europa. We joked with the owner that this must be a Superleggera version of the Europa! 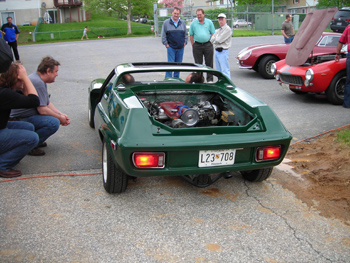 What I loved about having a car like this show up at our show was that 90 % of the guys in attendance knew exactly what this rare car was, and didn’t need any explanation why this car was so cool. It was such a fun time!

The party wrapped up about 5 pm, and we were all spent. The weather had cleared up for the afternoon, and we even had some breaks of sun. We had about 69 cars pre registered for the event, and knew that there would be a few that would not show due to the rain in the morning. I took a quick count of the cars that came in for the event and found 55 cars in  a wide variety of machinery. The contrast of a row of Alfas facing a row of Panteras was great with the mutual appreciation of all things mechanical. As usual, we had a great showing of Vintage Ferraris with a Lusso, a short nose 275GTB, 330 America (not mine 🙁 ) a Daytona, and pairs of series I 330s, series II 330s, 365GT 2+2s, 365GTC/4s, and 400is! Modern Ferraris were also in attendance from a 550 Maranello to a 612 Scaglietti. Let’s not forget the group of Testarossas and 308s! Bill Proctor and Ken Visser took many more pictures than I and have posted them on Ferrari Chat, so if you want more pictures, look here: Bill Proctor, Ken Visser. 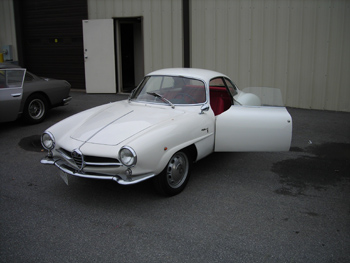 As we cleaned up the shop and got ready to go home, there was one more thing to do. Richard needed to get his Ferrari 330GT 2+2 home, along with his Alfa Romeo Sprint Speciale. Since I drove the Ferrari over in the morning, I got the keys to the Alfa for the drive over to the house. What a sweet little car! The free revving four cylinder engine made a great noise and the car felt so well balanced. 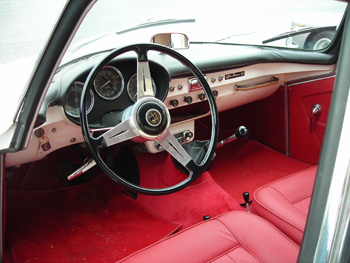 The interior was done with typical Italian flair. It was very functional but the details had an understated elegance. 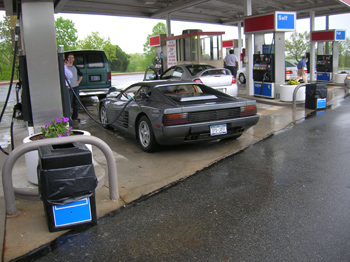 We headed home the next day in Jay’s Testarossa. It was great stand in for my 330 America that we took down last year considering it rained the whole way home and Jay’s wipers worked like a modern car!

I want to thank Richard, Patty, and all of Richard’s friends and customers that lent a hand to put this Radcliffe/tomyang.net party on for 2009. I also want to thank everyone for coming out to join us in a gathering that I only hope to improve and refine for us gear heads. With all the positive reaction and attendance to the Radcliffe/tomyang.net party, it looks like we’re committed to putting another one next year! I look forward to it, and hope to see you then!