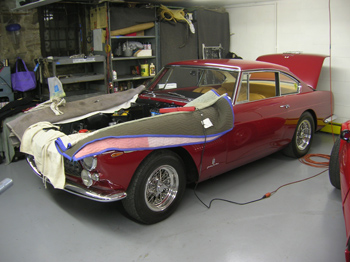 A GTE was dropped off at the shop this week. Ron has owned 4151 for several years, and found a radiator leak that needed to be addressed. Since it was coming to the shop anyway, a tune up and oil change was requested. 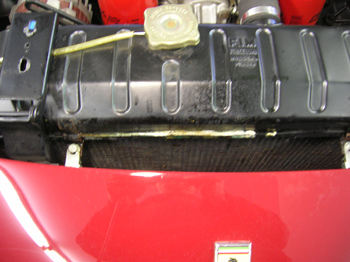 After the hood was removed, we quickly found the seam on the radiator that was leaking. The radiator was drained and removed to get patched or recored, depending on what the radiator shop finds. 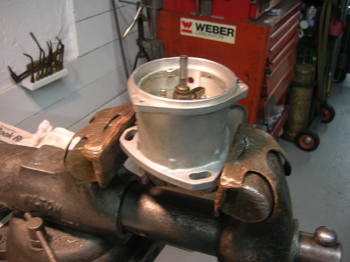 The distributors were removed and inspected. The bearings were in good shape, but it was time for a new set of points. 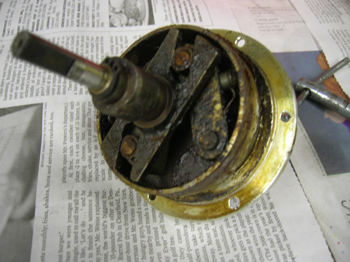 The centrifugal advance was checked, and although packed with old grease, seemed to be operating smoothly. The old grease was removed and the advance mechanism was cleaned and regreased. 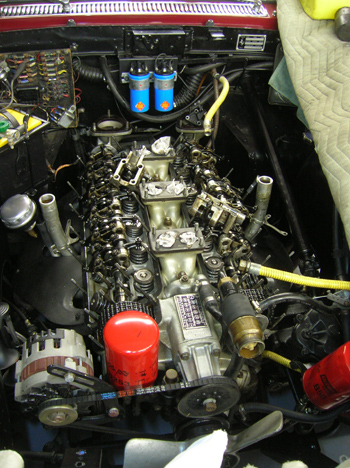 By the second day, I turned my attention to the valve train. The carbs were already removed and disassembled to clean out the gunk and checked. 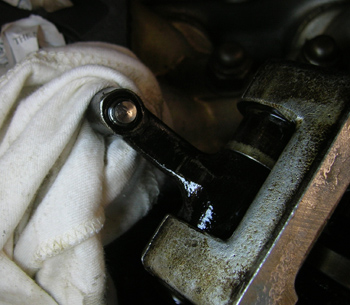 Before a valve adjustment can be performed, I wanted to check the condition of the tappets and valve stems. The tappets didn’t look right, and on closer inspection, it looks like someone ground away some of the surface hardening. 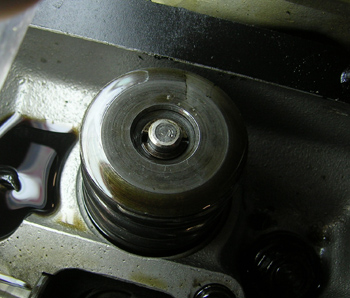 These doctored tips didn’t treat the tops of the valve stem very well. This intake valve stem showed a little pitting, and the beginning of valve stem wear. 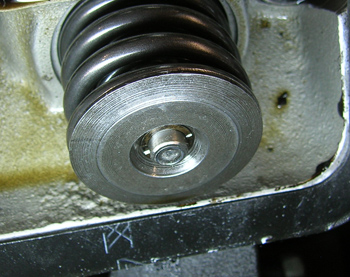 The exhaust stems were worse, with the top of the stem wallowed out. If this wear continued, bad things will happen. 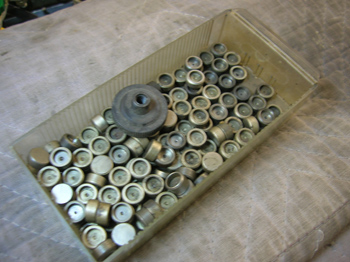 With that much wear on the tops of the valve stem, it is impossible to do an accurate valve adjustment, and if left alone, would continue to wear out the top of the valve stem at an accelerated rate. There were two options, with one of them being very expensive. Replacing all the valves with new ones would require the heads to come off. Needless to say, but this was the expensive route, but the other option was to fit lash caps on the valve stems. These hardened caps fit over the the valve stems, and can extend the life of the stem without the need to replace the whole valve. Since this engine did not seem to smoke and the compression numbers were fine, option two was a no brainer. 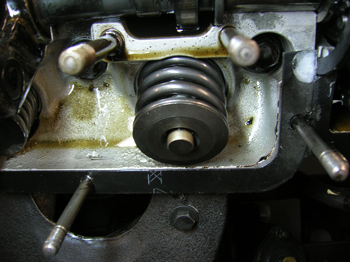