Recovering from a Computer Crash!

After over 6 years with my laptop, it finally called it quits. Luckily, I had back ups of my data, but it’s never as seemless as I’d have liked to to be, but I’m slowly getting back up to speed. I’m taking this opportunity to remind everyone else out there the back up their data. It’s not about whether your computer will crash, but rather when it will crash! 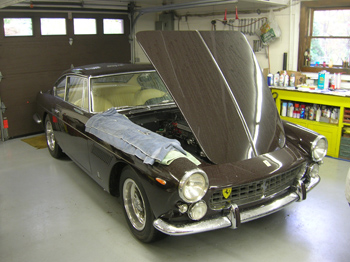 It never comes at a good time to have a computer crash, and this time was no different. I’ve been very busy working at two shops on several different projects. Michael Greenspan dropped off his 330 America for an oil change, and a tune up. 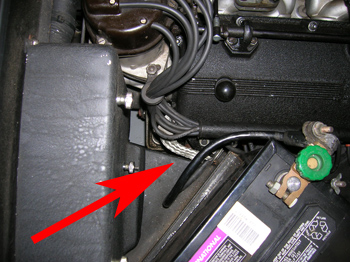 While I was adjusting the valves, I notices Michael’s car was missing its ground strap that goes from the the battery tray to the valve cover. Not all cars have this strap, but I couldn’t see another ground strap anywhere else, so it was probably a good thing to install one.

With everything buttoned up, Michael took a train up to pick up his car. It was a raw rainy day, but Michael’s not afraid to get his car a little wet. Francois drove the car to pick Michael up at the train station, but the trip seemed to take a long time. 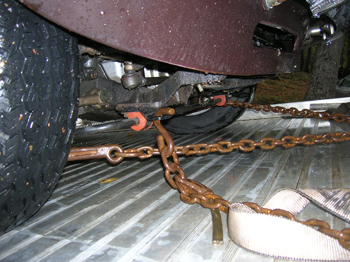 They soon called to tell me they were getting towed home! With Michael as the passenger, he plugged his cell phone in the cigarette lighter, only to have the car completely shut off! Not making any sense, they checked the connections under the dash, but the car was electrically dead.

I guess the good thing was we had some nice two rings to attach tow hooks to! We left the car at Francois’ to look at the next day, and I drove Michael home. Looking at the bright side of the situation, at least this electrical problem reared its head before Michael headed off into this dark and stormy night!

The next day, Francois found the cigarette wiring tapped into the ammeter wires. This extraneous wiring caused a short in the ammeter causing the car to shut off. It was just plain luck that this problem never came up before, but now the problem is fixed! 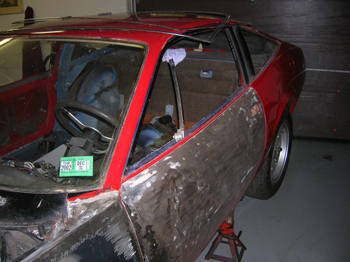 Another car that briefly made an appearance at Francois’ shop. This 365GTC/4 is heading out to the paint shop after the nose of this car was rebuilt from a previous accident. We had to strip the rest of the car so the paint shop can work their magic.