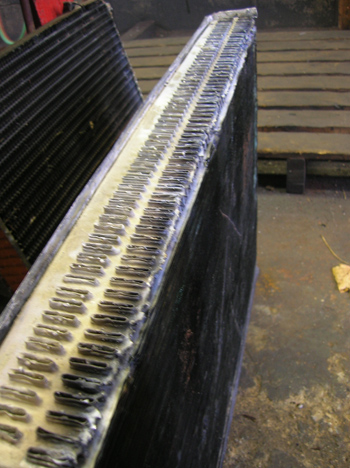 As we determined last time, my 45 year old radiator core had reached it’s full life expectancy, and it was time to recore. The orignal core was a two row core with pretty wide core tubes. For the diameter of this core, we replaced it with a three row continuous fin core. Since the old core had longer tubes, the efficiency should be the same, if not slightly better. Portchester Radiator cut the top tank to fuse it to the new core, but we’ll see that a little later. 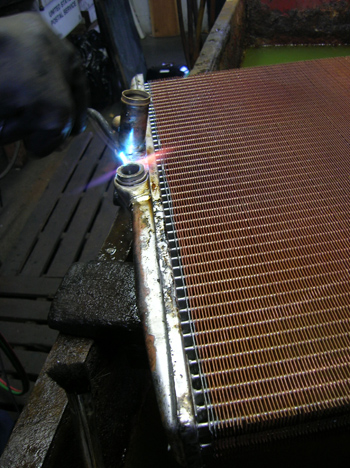 When I arrived at the shop, Walter had aready attached the bottom tank, and was soldering the tank fittings. He moved with the speed and efficiency that only comes with years of experience. When I asked how long he’d been doing this, Walter explained he started fixing radiators back home in Trinidad over 30 years ago! He’s been with Portchester Radiator for well over 20 years, and I can only imaging how many radiators he’s built over the years. 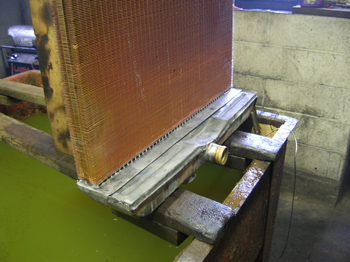 The top tank was a little different. After taking careful measurements, Rick ordered a special core to graft part of my old tank to the new part. We wanted to preserve the relief cut in the top header tank but solder the new core just behind it. 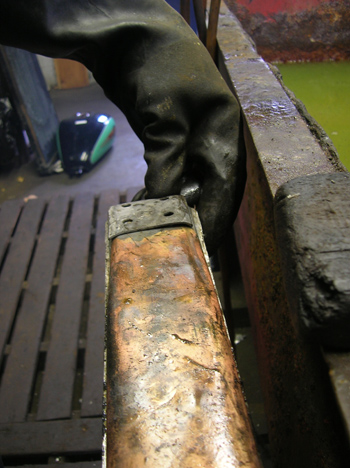 Once the top tank was attached, the side steel support pieces needed to be soldered in place. A little tapping and bending was needed to get everything to fit nicely. 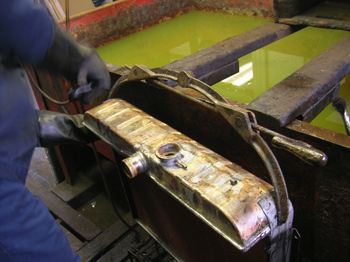 A special clamp was used to hold the two sides of the radiator together while Walter soldered it together. I think this clamp has been working on radiators longer than Walter! 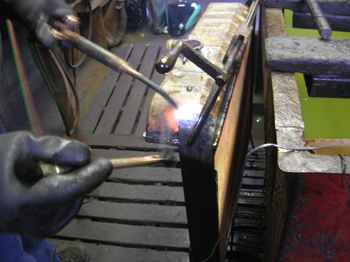 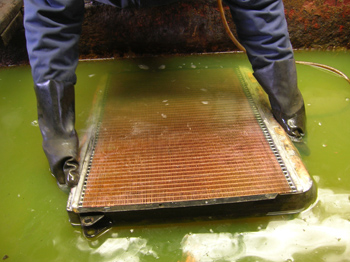 With everything done, Walter pressure tested the radiator. The craftsman’s confidence was confirmed with nary a bubble from any joint. 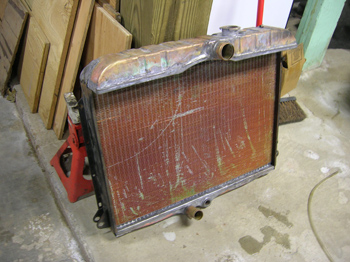 Here’s the completed radiator ready for a some light sanding, and a coat of paint. With any luck, she’ll last the next 40 years until the next core! 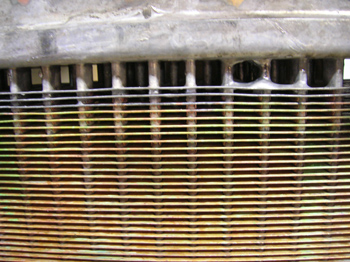 I wanted to point out some things I learned from having my radiator done. Ferrari radiator cores are made with “continuous fin” cores, which means the fins are thin pieces of metal that the cooling tubes run through at 90 degrees. 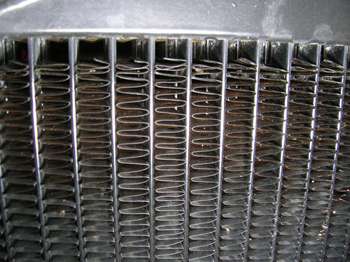 Many radiators have “serpentine cores,” which are long pieces of metal sandwiched between the cooling tubes like a serpent. Rick feels the continuous fin design might be slightly stronger because all the pieces are tied together, but millions of serpentine cores work without problems. The real problem is installing what was original to a Vintage Ferrari, and that’s the continuous finned core. Know the difference, and make sure if you’re getting a new core, the correct one is ordered.