I woke up at 5 am thinking about what I was going to do. The guys were right in I had to try my best to make it to the show field, and I had to test myself to see how determined I was to make this happen.

I tried to sneak into the garage without waking anyone up, but with the family dog and locked garage door, waking up my hosts was inevitable. I waited until about 6 am, but finally got to my car. I felt horrible when I saw Lisa, Bill’s wife, in her bathrobe fumbling for the keys. Sorry Lisa!

Since both front calipers were locking up, I needed to disable the front portion of the brake system, so I fashioned another lead plug, opened the fitting to the front brakes before the equalizer, and dropped the plug inside. With everything blocked up, the front brakes were free spinning, and the rears were stopping the car well enough to get me the 8 miles to Palm Beach.

It was 7:30 am, and the plan was to have my friend Rich drive Bill’s pickup truck in front with the flashers on all the way to the Breakers. Once on the grounds, I would be able to maneuver the car where ever they wanted me. How I would get the car home would have to be dealt with later! 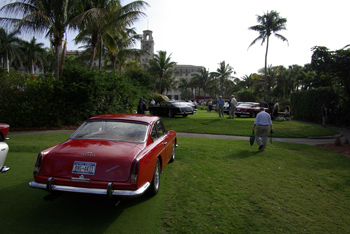 As everyone else parked and proudly displayed their cars, I don’t think anyone went through the ups and downs I went through to get here, and I was pretty proud of my achievement. I drove over 1100 miles in this car under her own power with some of it in some very challenging conditions. It may have been a struggle, but no one can say I gave up! 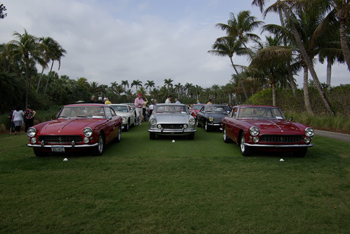 My car was parked next to several good friends with their 2+2 Ferraris, and we even had a pair of 500 Superfasts parked in our group. 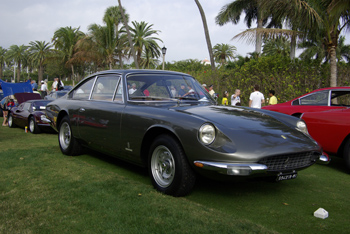 Tom Kizer had his 365GT 2+2 a little further back, and was ready to be judged. Todd Helm did a great job detailing the car and you would never know Kizer’s car rode over 600 miles in an open trailer trailer from Quebec City to Maryland through sub zero weather and 3 inches of snow, and then drove 850 miles to the Breakers in Palm Beach. All the road grime and salt stains was washed off, and a fresh coat of wax was applied. Tom’s car looked as good as any other car on the show field. 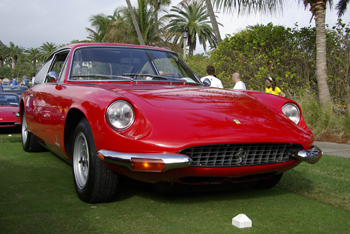 Tom and I joined Mark Dempsey in Maryland and caravaned down, so even though Mark was technically the closest to Cavallino, he still managed to rack up 850 miles to get to Florida. His car also looked spectacular and was ready to be judged with all the other cars that were delivered to Palm Beach in the safety of a covered trailer. 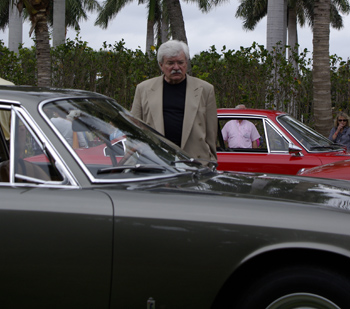 I did not submit my car for judging, but Tom K. and Mark were trying to take home some hardware. This was Tom’s first Cavallino, but he did well at a national Ferrari Club Event two years ago, so his hopes were high to do well. This was Mark’s second Cavallino where he won a third place two years ago. Since then, he’s corrected the items that caused points deductions last time and was hoping to do better this time around. You can see how stressed Tom is in this picture waiting for the judges to get to his car. 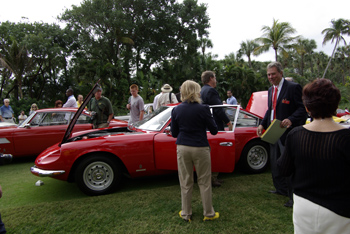 The judges did not get to the two 365GTs until well into lunch time, but the owners and judges waited and worked tirelessly until the job was done. There were a lot of cars grouped into the same class, so everyone had their hands full. 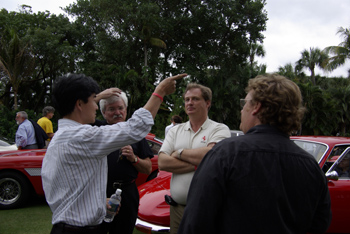 When all the judging was over, we could relax and chat. Zac Dugger (pictured right) came over after getting a spectacular 250GTE judged in the GTE only class. 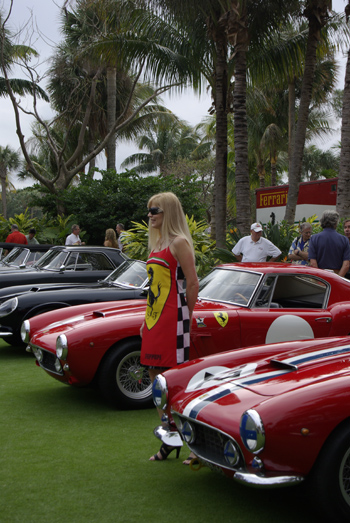 I spent so much time catching up with old friends and making new ones, I barely had time to look at all there was to see. Luckily, my friend Rich wandered about and took some pictures for me. In fact most of the pictures were taken by Rich! 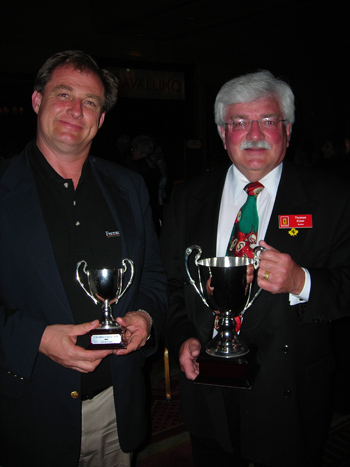 At the Awards Banquet the winners were announced. Scott and Zac won a Platinum award for their GTE and a Best in class award. Tom Kizer took a platinum as well. Mark Dempsey won a silver again and was a little disappointed, especially when a fellow 365 owner out did him. Lynn, Mark’s wife was not sure what was worse, having to hear about how he got a third place award, or that he was NOT going to retire from showing the car until he got that elusive Platinum award! Good luck Mark!