House Call on a 330 America

After working all week on a 275GTB restoration, I made a house call on a 330 America. 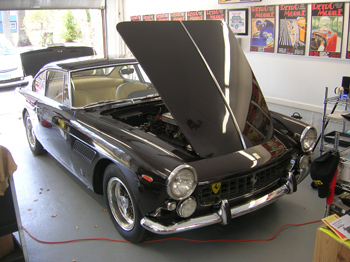 Michael Greenspan asked me to come over to help fix a few things on his 330 America. I found this car for Michael about seven years ago, and he’s been taking good care of her ever since. The list of “to-dos” were to get the radio antenna working, fix the the fresh air control in the center console, and sort some other little things on the car. 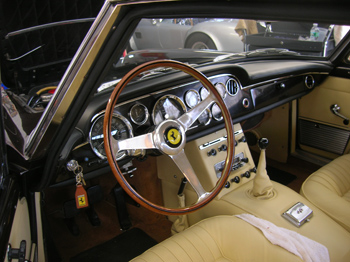 I also restored the steering wheel over the winter and brought it with me to install on 4969. It looks great inside the fresh interior. 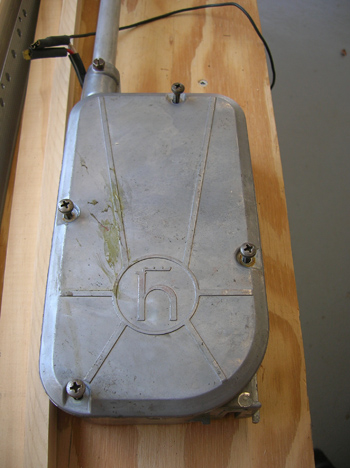 Michael’s electric antenna doesn’t always withdraw when the radio is shut off. He had a new Hirshman antenna to replace the old one, but I wanted to take a look before replacing it. The old one has been with the car for a long time, and my have even been a dealer installed unit, so trying to keep it with the car may be worth the extra effort. 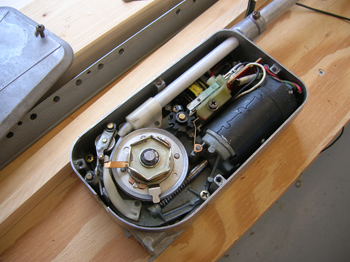 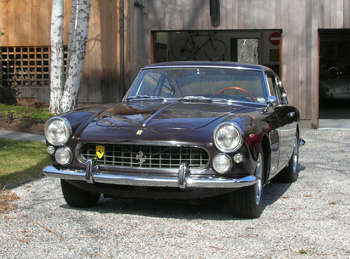 Michael had not taken the car out yet this year, so I got a chance to drive 4969 for the first drive of the season. We primed the fuel bowls with the electric pump and checked to make sure the floats were not sticking. With three pumps of the accelerator, the engine fired up immediately. I slowly added throttle trying to keep the engine running at about 2000 rpm without excessive pumping of the pedal until I saw the oil pressure rise on the gauge. I checked everything during my short drive watching all the gauges. I made a mental note to tell Michael that maybe next winter, he may need to replace a shifter bushing, but other than that,  4969 is ready for driving!

Mark the date! Saturday, May 8, 2010 will be the Third Annual Radcliffe Motorcar/Tomyang.net Spring Event.