Hartford Concorso, and Moving a GTE for the West Coast Party

6/20/10
Hartford Concorso, and Moving a GTE for the West Coast Party 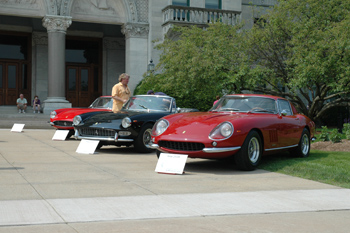 I spent my Father’s Day at the Ferrari Club of America/ Northeast Region Hartford Concorso held at the State Capital in Connecticut. 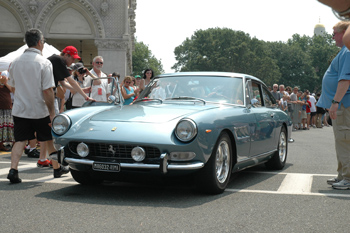 A local children’s hospital benefits from the charitable event, and one of the activities is a ride in a Ferrari to the show. Here’s Buddy O’bara’s 330GT 2+2 dropping off his passenger. All the owners tell me how rewarding it is to take these kids struggling with their illnesses for a ride in their cars, and to have their arrivals announced in front of a cheering crowd. 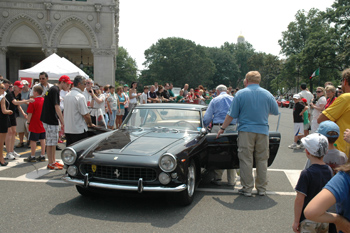 Michael brought his 330 America and in true 2+2 style was able to escort three passengers in his car! 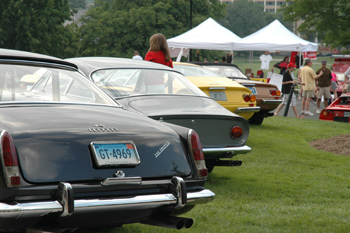 There was a good turn out of about a dozen Vintage Ferraris with a ton more modern machinery, but I’ve begun to wonder about shows like these. Don’t get me wrong, I love seeing my friends and talking cars with them, but how do these shows bring the crowds back year after year? There’s not much to do after the cars are parked, and many people park their cars and leave them unattended, so spectators really don’t get a chance to meet the owners or learn about the cars. Some guys only want to win an award, but for those looking for something else, it seems there’s not much choice. It’s also a long day for both spectators and owners to stand around the cars in the sun.

I’ve gotten some good feedback from people all around the world about how things are done differently, and there are some great ideas. I’ve been to a lot of different shows and have been trying to formulate what will make a show more interesting. I hope the upcoming show I’m co-hosting in Oceanside California on July 10th will be a little different. It’s a kind of an “open house” for Zac Dugger at DGR Performance, and a kind of “Tech Seminar” for California craftsmen, and it’s a kind of a Party to gather Vintage Ferrari owners together in Southern California. 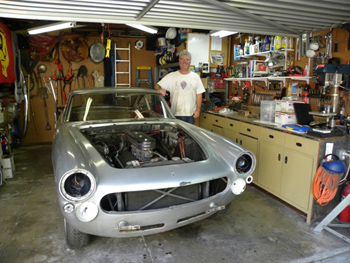 Tom Wilson and Zac Dugger, my co-hosts, worked this weekend getting Tom’s GTE out of his garage and onto a trailer to Oceanside for the party in a few weeks. 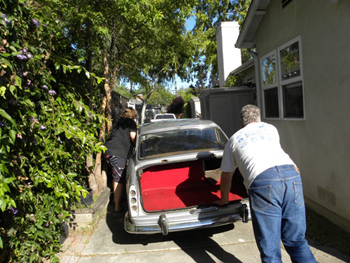 As much crap we’ve been giving Tom for not progressing on his restoration, luckily he didn’t take the car too far apart where they couldn’t roll it onto a trailer. 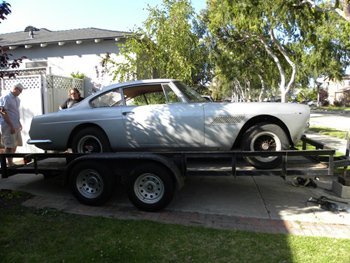 The plan is to have Tom’s GTE parked at Zac’s shop as a “Before” and Scott’s freshly restored GTE as the “After” example. We’ll have a host of professionals from body guys, painters, and mechanics, discussing what part of the job they would do on a car like this except to part it out! I think it’ll be very educational.