My second day of shop tours was even more busy than the first one. To keep the entries from getting too long, I’ll break them up over the next couple of days. We’ll start with Randy Ema’s shop. 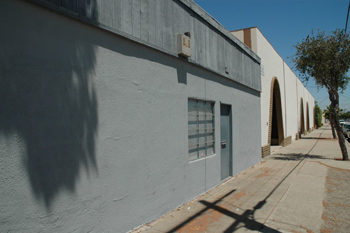 I was invited down to Randy Ema’s shop in Orange, CA after I met him at the West Coast Party. Randy owns a Ferrari 250GTE, but is better known for his involement in Duesenburgs. 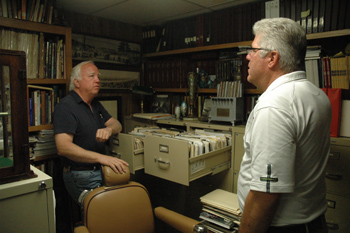 (Randy Ema Pictured on left, Tom Wilson on right)
Randy’s interest in Duesenburg began as a young man, and it followed him into his life as scholar. His thesis for his masters degree in history was on the company and the brothers Fred and August. His studies began the lifelong collecting of all things Duesenburg/Cord/Auburn and even Bugatti! 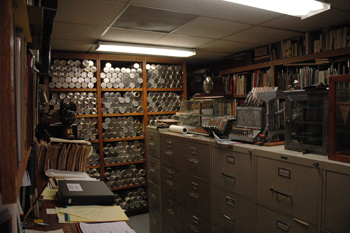 Through his interest in the Marque and the family, Ema aquired many of the original factory blueprints and tooling for these cars. He also has collected files on almost all the Duesenburgs made, along with specific ownership history. With over 40 years of collecting, his database on all the cars is staggering.

His long time research into the car and the family led him to access to a lot of the personal items from family. He was even willed some of the Duesenburg estate after the passing of the grandson to the Duesenburg legacy! I couldn’t think of a better aire to the records and artifacts of a family that would otherwise be lost to an uncaring world. 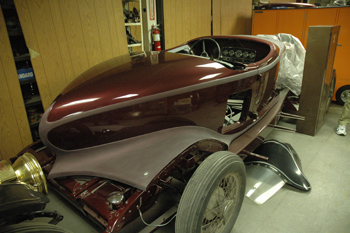 The front of Randy’s shop housed many of his personal cars that were undergoing restoration. 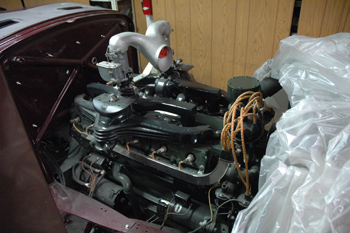 These cars were designed and built in the 20s to be the finest cars in the world, and the craftsmanship shows. Looking at the details like the intake manifold and spark plug wire tubes show these people cared as much about design as they did about function. As cars became mass produced in later decades, much of these concerns were lost. 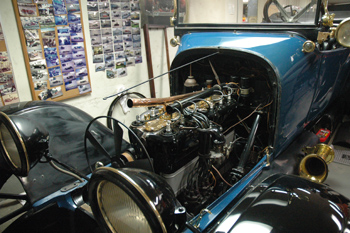 As large as these cars were, they were the most poweful and fastest cars in their time, holding records many years after they were set. To the untrained eye, they looked like large tall aniquaited cars of the yesterday, but I couldn’t stop looking at similar features found on cars built 30 years later. 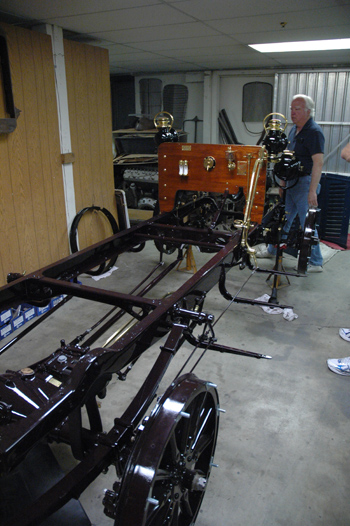 One of the things I love when I visit shops is the chance to see the cars apart. Shows like Pebble Beach have these cars assembled and displayed as completed restorations, but my interest lays in the mechanical details. With this chassis, I could inspect how the suspension was laid out or how the brakes worked. The few minutes on each car was simply not enough time to see it all. 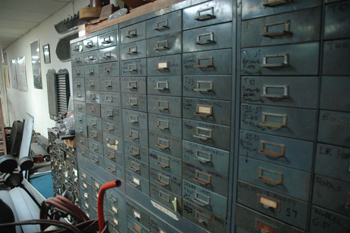 Randy has also aquired a lot of the original tooling for some Bugattis which were stored in another set of drawers. Labelled in marker, these drawers had tools that could make parts to cars worth millions, and yet I’m sure at a time these tools were worth little more than scrap steel. 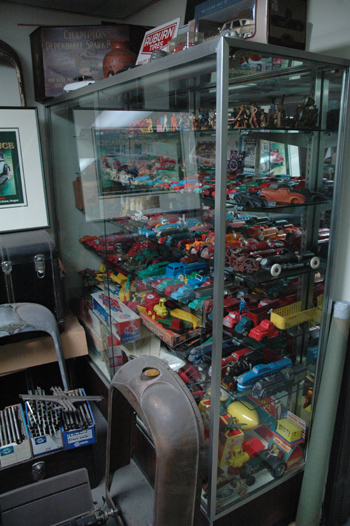 Randy’s collecting continued with Duesenburg toys and models. I’m sure this is just a sampling of the larger collection of all things Duesenburg! 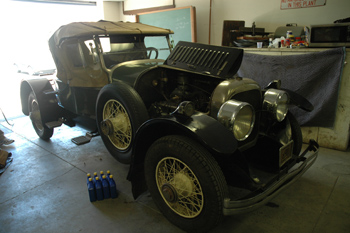 Ema’s latest project is a Cunningham Roadster for his enthusiastic customer Jay Leno. It’s freshly ressurected, and looks largely original, and will probably remain so. 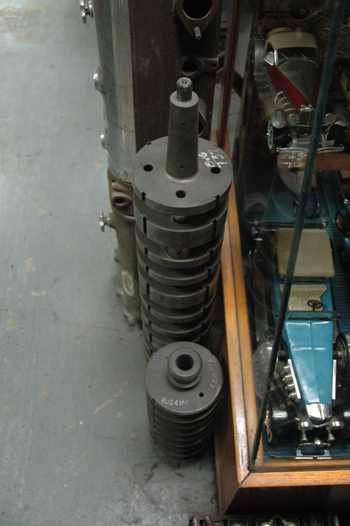 Everywhere I looked there was something else to see in the shop. I’m a big fan of Bugattis and the beauty in their engines, but rarely do I get to see how beautiful the parts are inside. Sitting on the floor were two Bugatti crankshafts. Although one was cracked and not useable in an engine, I found it pretty enough as a piece of art!

Thank you Randy for taking time out to show us your shop. It was a real education and honor to see!