Betz and Peters have been a pair of names that come up in the Vintage Ferrari world quite often, and when Randy Ema told me they were five minutes away form his shop, I jumped at the chance for a visit. After a call and a change of schedules I was directed to garage set in a residential neighborhood. 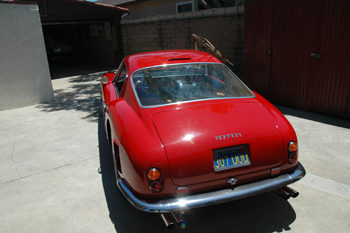 I knew I was in the right place when I heard the familiar sound of a lead hammer hitting a Borrani knock off coming from behind a high wooden gate. Behind the door I found Charles Betz and his son Brooke putting new tires on their personal Ferrari 250SWB. 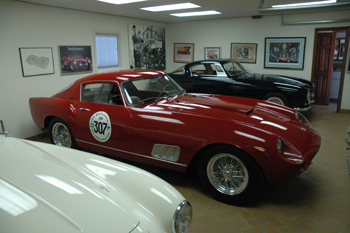 Charles Betz and Fred Peters became interested in Ferraris in the 60s when they both when they were school teachers. New Ferraris were a rich man’s desire, but these cars soon became used toys of lost interest, but Betz and Peters’ passions ran much deeper. Saving, buying, and repairing second hand Ferraris became their past time. 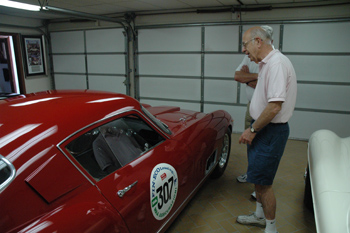 Betz (pictured here) and Peters began working on their own cars, and soon their experience led them to working on other Southern California owned Ferraris. Collecting parts and knowlege through a network of other enthusisasts around the world, Betz and Peters created a duo well known in the Ferrari show world by the 80s. 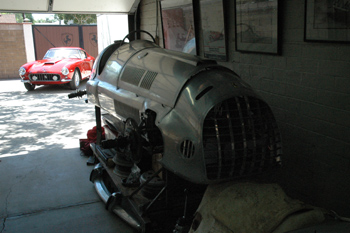 Now that both Charles and Fred are retired from their teaching careers, they have much more time to focus on their personal collection of cars. Brooke is becoming the face of Betz and Peters carrying on the job of restoring customer cars for Pebble Beach, and the elder craftsmen enjoy events like the Colorado Grande in their own cars. 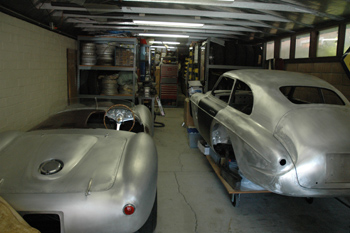 Behind the working shop was a store house of Vintage Ferrari parts. Some of these were from cars parted out many years ago, but they have also reproduced many parts for people in the trade. Betz and I had some fun testing my knowledge of each part he pulled off the shelves. 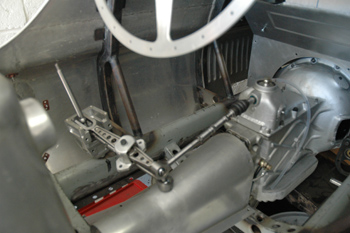 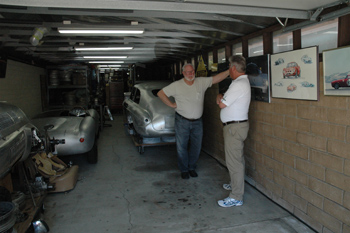 Fred Peters (pictured left) with Tom Wilson chatted about all sorts of topics as I took pictures, and soon I heard the conversation lead to avaition. It turns out Peters is as much as an avaition enthusiast as he is into Ferraris. I wish we had more time to learn more!

Thank you Charles,  Fred, and Brooke for opening your shop for us to see. It’s a legendary place that I was lucky to see!