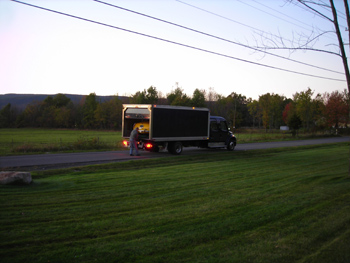 I was invited to friend’s house an hour west of me to wait for delivery of his GTE. Scott bought SN2567 about a year ago from the Pacific Northwest and had RPM in Vermont sort out the mechanical and some body work on the car. After a year of work, Scott was anxious to see his car again. Peter Markowski arrived at dusk to unload the car after making his way out of Friday night traffic. 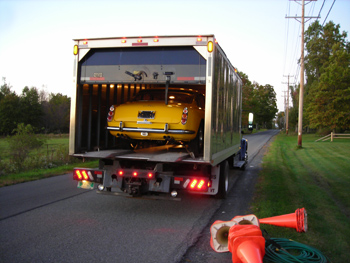 In failing light, we unloaded the truck and took the car out for a spin, not even waiting to put plates on the car! Scott was giddy with excitement and would have driven the car all night if there was not better judgment. I left Scott looking over his car in her new home, and I congratulated another Vintage Ferrari owner into the fold! 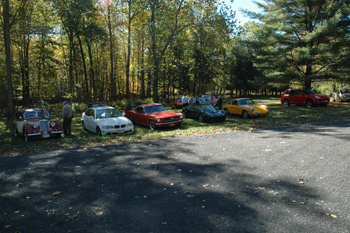 On Saturday, I was invited to another local car guy hosting a 10 year anniversary for Spyker cars. I met Rijk Rietveld at a car show in the Catskills a couple years ago when he brought his Ferrari F430, and Spyker. The celebration was at his house in New York State, and invited all sorts of local car enthusiasts with a great variety of European machinery. Since my Ferrari is still waiting on brake seals, I brought the only American iron to the party, my ’65 Mustang Fastback. 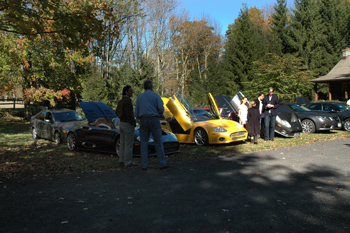 Since Spyker recently purchased Saab, a number of Saabs came out for the celebration, including the latest four door version from a dealership. Three Spykers were in attendance, which is a rare sight, let alone being in the Catskills! 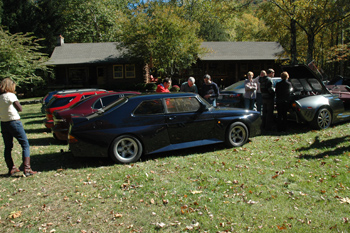 The strangest sight was this lowered, chopped, and flared Saab turbo. It was created in Sweden by a metal fabricator that wanted something different, and eventually imported to the U.S. This car was a true testament to the long winters in Scandinavia! 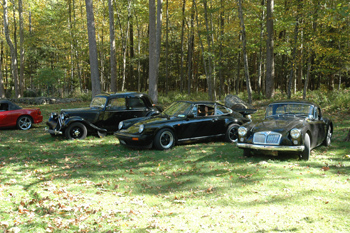 I loved the eclectic collection of cars this show attracted. Yes, that’s a Traction Avant on the end! 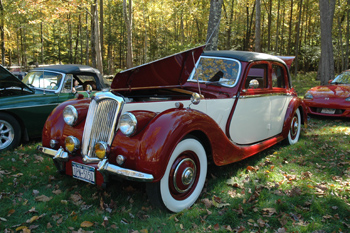 A local mechanic brought his three cars, but the jewel of the collection was this Modified Reily. The mechanicals were updated and improved with a Rover V-8 squeezed into the engine compartment, but the rest of the car maintained its original details. Tom created a perfect meld of power and old world style!