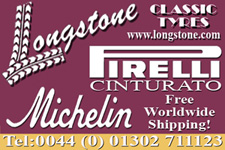 I was speaking to one of my advertisers about tires, and what is available for 60s vintage Ferraris. Longstone tires is a distributor for Pirelli Cinturato Tires, and was instrumental in having the company reproduce these classic tires. Dougal Crawley explains here:

Pirelli Cinturato In the early Fifties the world of Sports cars was rocked by the introduction of the Pirelli Cinturato. The Cinturato moved boundaries forward as to what could be expected of a tyre as, until then the ‘Michelin X’ had been the only radial tyre. Michelin developed the ‘X’ to enhance tyre longevity using their new radial technology which considerably improved grip. Pirelli tailored this new technology to suit sports cars by developing the Cinturato which are more progressive. It was because of this new progressive radial technology that many of the World’s best cars fitted Cinturato as original equipment; Lancia, MG, Alfa Romeo, Morgan, Maserati, Lamborghini and of course Ferrari. Similarly, many cars throughout the 50’s and 60’s and even early 70’s considered fitting the Pirelli Cinturato as one of the best upgrades one could make to the performance of a car for road use and motorsport. Through Longstone Tyres, the Pirelli Cinturato brand is thriving today with a range of sizes in the CA67 tread-pattern (155HR15, 165HR400, 185VR15 and 185VR16)

Going to the Shows I, I see a lot of Michelin XWX tires on Vintage Ferraris, but this 70s series tire is actually incorrect for early 60s Ferraris. There was a change in tire side walls in the middle of the decade to the “lower profile” of the XWX, but earlier cars still had the higher profile of the Pirellis. The Pirellis have what amounts to an 80s series tire, and the body work of the older cars were made for this tire. 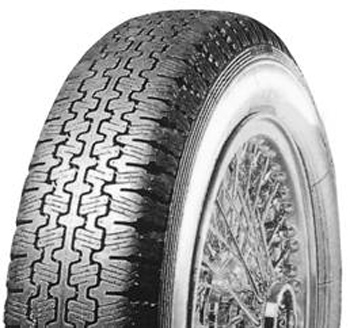 The CA67 tyre, this was the first Cinturato and was original equipment on the 185VR15 and 185VR16 this is the tyre that the 250 cars fitted. 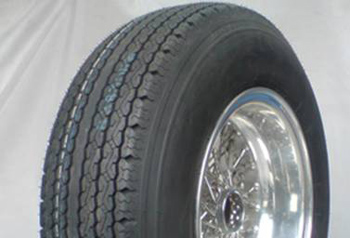 You can really see the difference in tire height in this picture Dougal sent me comparing the XWXs with the Pirelli Tire in the center. 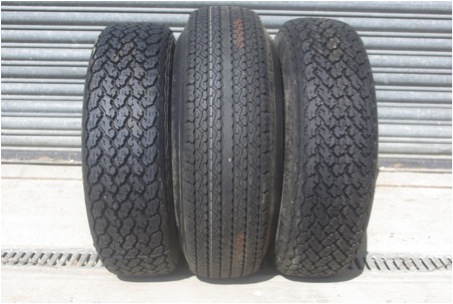 The body work from the mid 60s back were also made to fit the larger diameter tires, so fitting the XWXs on early cars gives the Vintage Ferrari a “low-rider”look, not to mention a lower final drive ratios and speedometer inaccuracy. 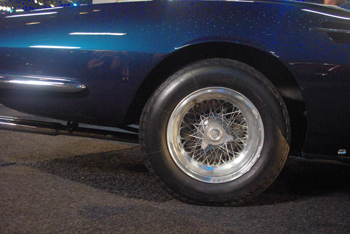 Here’s a 365 California with XWXs. There’s a lot of space between the body and the tire. The lower profile tire also lowers the car closer to the ground. Ferraris are low enough as they are, and loosing up to an inch of ground clearance could be enough to catch you exhaust on something. 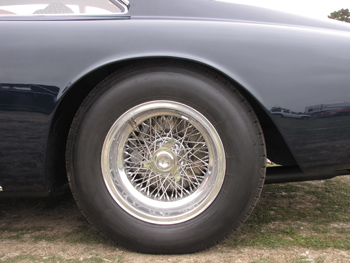 Here’s a 500 Superfast fitted with the correct size tire.

What to do? Check the recommended tire size for your particular model in the owner’s manual and make sure the one’s you buy have the right dimensions. In the past, XWXs were all that were available, but as demand for these tires rise, manufacturers are listening and reproducing more and more vintage sizes. Check with your tire distributor, or go to one that knows what is correct for your car.