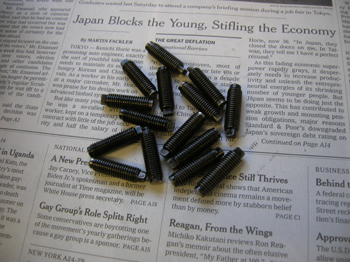 There’s been some talk about these valve lash adjusters on my Vintage Ferrari Forum. There were some worn ones on the 330GT we’re currently sorting. 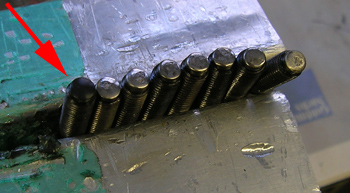 You can see small pits forming on the adjusters that are wearing out. Some were worse than others, but they’re doing what they were designed to do which is to wear out before the valve stem. The one on the end is a new one. The heat treating gives the surface a black finish, but rubs off when installed. 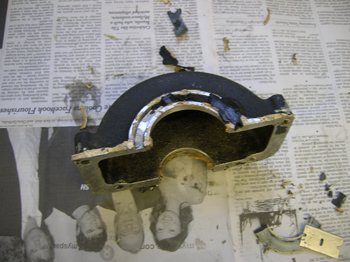 A combination of sealers was used on the valve and chain covers on this engine, and unfortunately, some of it was hardening and causing leaks. All the old stuff would have to be scraped off before the covers could be sealed again. 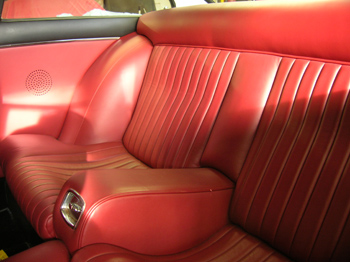 The next job to tackle was the figure out why the fuel gauge was always reading empty. Since it had something to do with the fuel sender, access is reached only below the rear window…behind the rear seats. 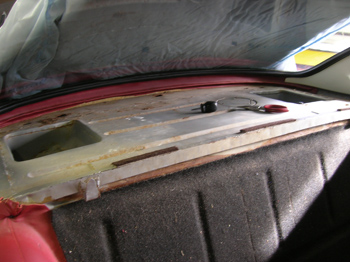 After the rear seats were removed, a small access panel revealed the top of the fuel sender with two wires attached. One sends a low fuel light, and the other sends the level from the float to the gauge. Both were plugged in, and looked alright. I pulled the wires, and grounded each wire to check how they affected the gauge, and everything seemed normal. The next step was to pull the sender. 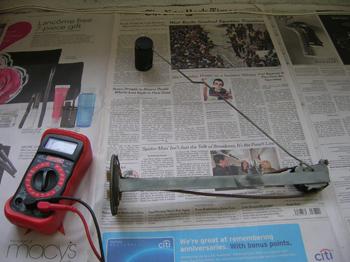 The sender showed signs of being rebuilt, but I took a close look at the operation and metered the output. 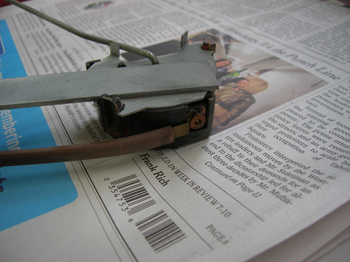 These senders have very delicate wires that are easily broken, but everything checked out fine. With nothing obviously wrong, I plugged everything back in and tried it again, and everything worked! When I took a closer look at how the sender was installed in the tank I think I figured out the problem. The round mounting hole for the sender is held in place with 6 screws, and was indexed incorrectly by one position causing the float arm to catch on an inner baffle. The stuck float would always read empty, causing the low fuel light to remain on all the time. Luckily, we didn’t have to send the fuel sender out for rebuilding, and the gauge was working by mid morning. 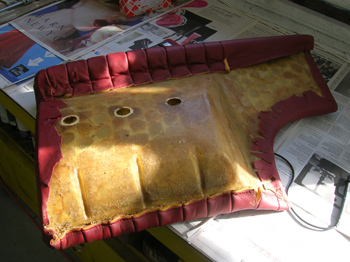 While the seats were out, I inspected the insides of the rear seat pans. These seats were reupholstered recently, and showed some good quality work. 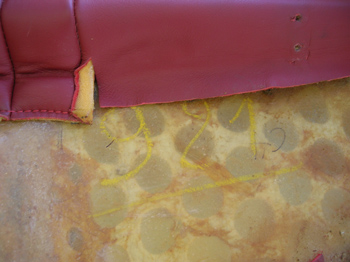 Luckily, what looks like the original crayon markings was still intact. The number “981” or “921” should be the Pininfarina internal build number for this car. It was what Pininfarina marked on most of the pieces when they built the car for Ferrari. Some people “collect” these numbers to add to their databases on all-things-Ferrari, so here’s another number. They can usually tell me which number is correct “981” or “921” from their notes! I’ll try to look for more numbers marked or stamped on this car as I work on it. 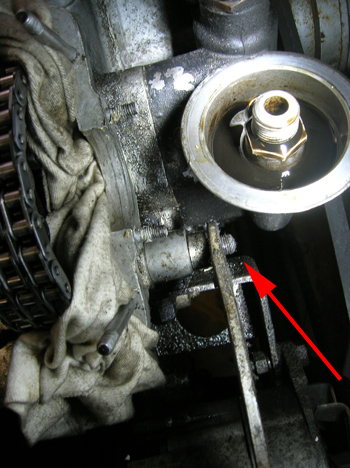 A lot of gasket scraping is needed when doing a valve adjustment. A rag is stuffed between the chain and the timing chest so I wouldn’t drop a razor blade down where it doesn’t belong. After working in this area, I noticed a missing nut. It secures the alternator tension bracket. Not a major problem but a simple fine pitch nut made it right. 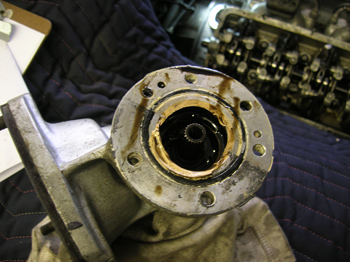 More cream colored gasket sealant was found on the back of the distributor angle drives. This stuff didn’t do a good job sealing in the oil after it hardened with age. 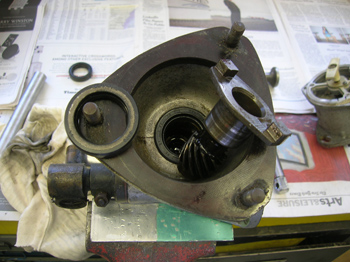 We also found the oil seals inside the distributor drives hard as a rock and contributed to some of the oil leaks. 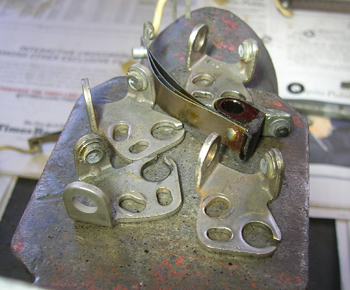 The points were beyond filing. Some of them were badly cupped and worn out, so 4 new sets were installed.