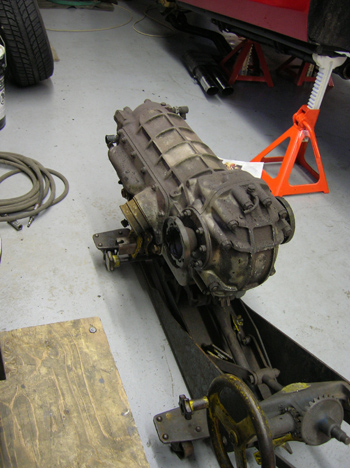 We pulled the transaxle out of the Daytona Spyder at the shop this week. It was leaking gear oil from several places and was making a mess under the car. Besides dripping gear oil on the floor, it was slinging oil onto the exhaust pipes. 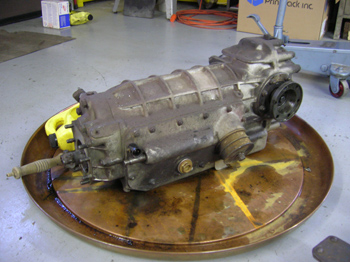 The leaks caused a lot of dirt to stick to the transaxle case, so the first order of business was to clean the outside of the transmission. 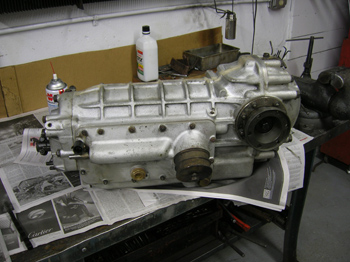 After a good degreasing and a power washing, we drained the gear oil and began disassembly. 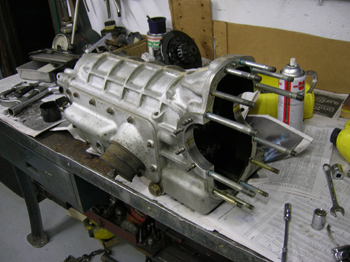 The half shaft oil seals were leaking, so the differential had to be removed for access to the oil seals. There are shim plates that need to be replaced on the same side they were removed so the alignment with the pinion gear stays the same. Francois showed me the marks the Factory made on the corresponding parts just in case things things got mixed up. 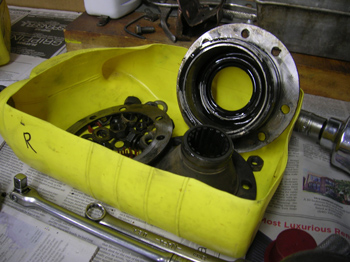 I made sure I kept each side separate from the other parts so there wouldn’t be any confusion. 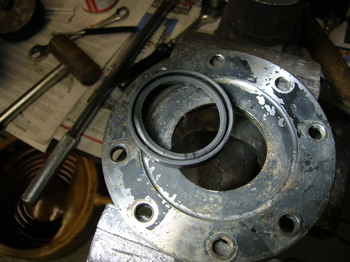 With new seals in hand, I punched out the oil oil seals. The rubber was so hard, it cracked as it was removed from the seal plate. It was no wonder there was oil leaking past these seals. 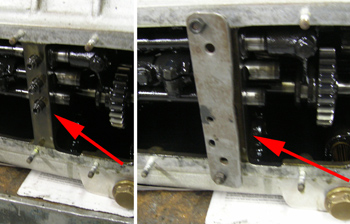 We took the side plate off the transaxle to take a look at the health of the internals. Francois handed me a retainer plate he made specifically for a Ferrari transaxle to hold the shifter springs in place. It was another simple tool he made to help with work with old Ferraris. 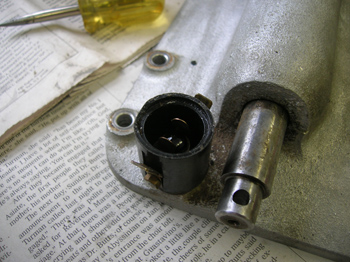 We also noticed the back up light switch was missing its cover plate. 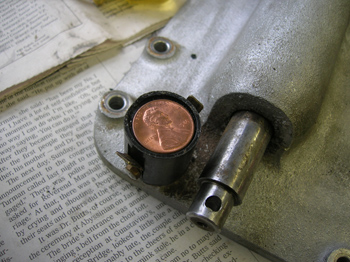 Francois showed me how a penny can be used in pinch to cover the switch. A daub of silicone sealer would glue the penny in place making the switch waterproof again. 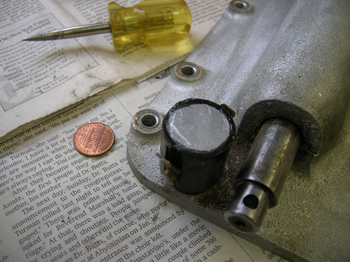 A more elegant repair is a disc made out of aluminum. Although it’s not obvious in this picture, I used a ball peen hammer to make the disc a little convex before shaping it to fit the switch housing. This convex cap insures it won’t short out the contacts within the switch. With a snug fit and a little bit of silicone sealant, the switch is waterproof and looks good too! 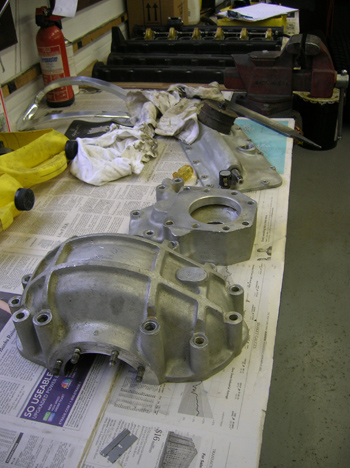 All the pieces were degreased, cleaned, dried, and readied for painting. With the seals replaced, the transaxle should stay cleaner a little longer! 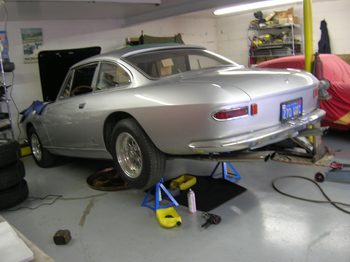 Speaking of differential leaks, I also began the repair of another pinion seal leak this week. The 330GT 2+2 also had a differential leak, and was wetting the exhaust with gear oil as well. Changing this seal was a little less involved, but we still had to wait for the correct seal to arrive in the mail. I needed to remove the seal first before ordering the part because with Ferraris, you can never count on the same size seal on every car! 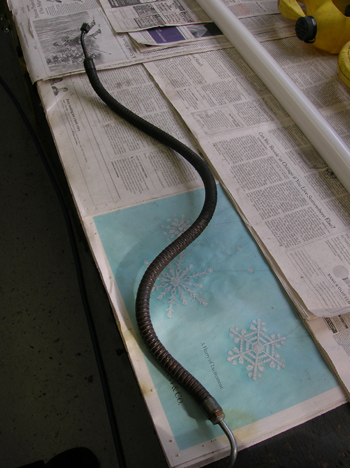 After ordering a new seal, I got to work fixing another oil leak on the 330. A previous post mentioned how there was a motor oil leak coming from the oil gauge pressure line. Replacing the old oil line, and resealing the connection was the only way to stop the leak. 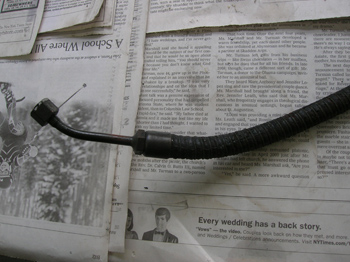 From the age and cracks in the oil line, this oil line was probably never replaced in over 40 years, and it was over due to start leaking. Although new oil line is sold by the inch, the replacement should work much better at keeping the oil where it belonged. 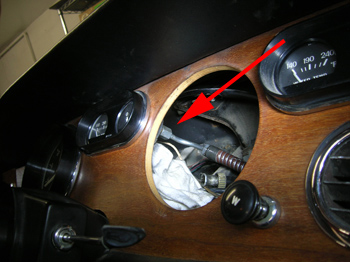 The end that screws into the back of the engine is easy to access, but the one going to the back of the instrument cluster is a little harder to reach. The easiest and possibly the only way to access this line is by first removing the tachometer gauge. I stuffed a rag inside the instrument cluster to catch any errant oil dripping from disconnecting the line, and a new line was installed. Here’s a shot of the new line being connected.