Getting the Work Out!

Spending the weekend away in Savannah for the Ferrari Club National meet made me fall behind on writing about all the work that has been getting done at the shop, so here’s a catch up entry! 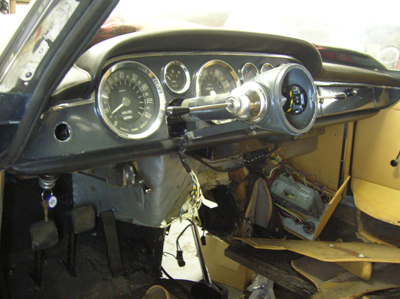 With all the talk about leaking heater cores, the owner of the Survivor GTE decided to have me pull the dash to check on the heater core. With the transmission and interior out, now was the easiest time to gain access to the heater core. Despite all the open space, it was still a pain in the butt getting the heater box out! On Series I GTEs, the steering column has to removed because the bottom of the dash is one piece. Later cars allowed the steering column to be lowered through an opening in the bottom dash panel. 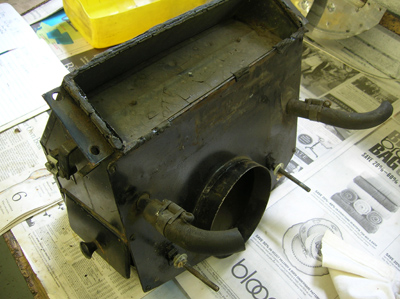 With the heater core removed, you can easily see the clamps used for the heater hoses. 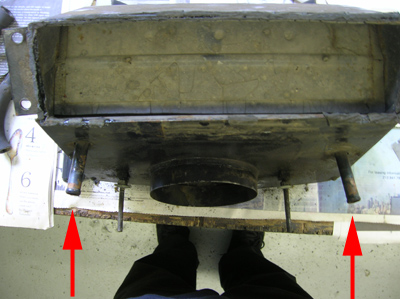 The heater core nipples are not perpendicular to the core, and required some bending to remove from the case. This movement sets up future leaks, so when the new core is made, we’ll make sure everything is straight and sturdy. 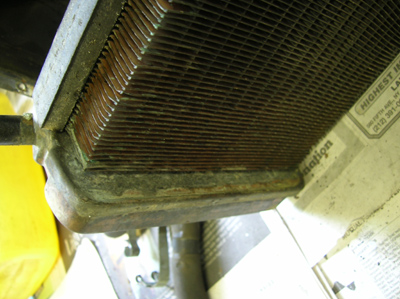 Even though this car was not run in over 40 years, there was still signs of corrosion in the core. Perhaps whatever coolant was in the system when this car was parked 40 years ago found a way to seep through the core. 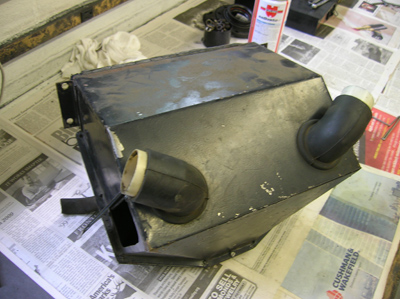 There Series I GTE core is different from the one I pulled out of the 330 America. The 330 America and Series III GTEs have defroster outlets on the side of the heater box. 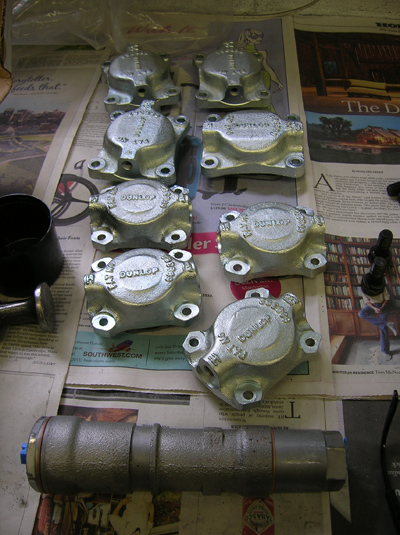 The brakes are back from the re builders and are ready to be installed. Karps now has seals for the larger brake equalizers (pictured in the foreground), and rebuilt the one in 2259. It’s a little more expensive to rebuild this unit compared to the smaller unit I have in my car, but at least it’s rebuildable. 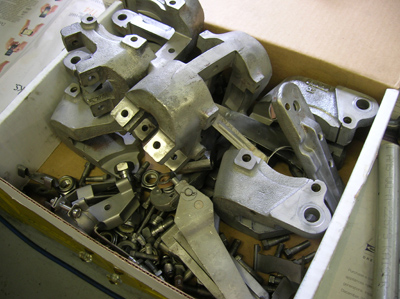 I’ve been collecting a box of things I need to have plated, so they will be dropped off sometime this week. When they come back, I’ll be ready to put the brakes back together on the GTE! 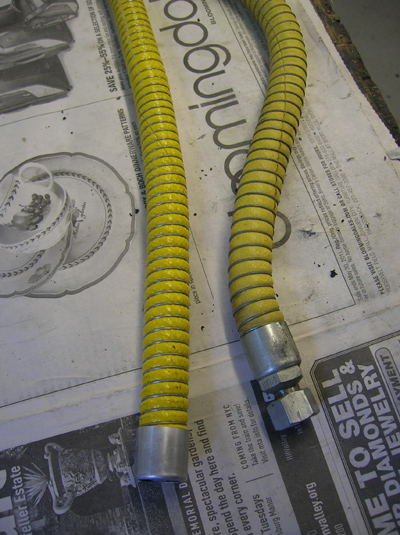 I also began some work on the Series II 330 we got in last week. First order of business was to replace a couple of fuel lines. It’s hard to see in this picture, but the fuel line on the right was a reproduction fuel line that was manufactured sometime in the 80s. It has a dull finish to the yellow sheathing. The current reproduction yellow fuel line in on the left has a shiny finish. The liner in the old stuff dissolves in modern fuels and can be seen weeping along the seams. You can always spot the old reproduction hose by the brown tar like substance oozing out of the seams. My feeling is if it’s oozing out of the sheathing, then it’s also oozing into your carburetors! The new hose seems to be more resistant, so whenever I see the old hose, I recommend changing them out. 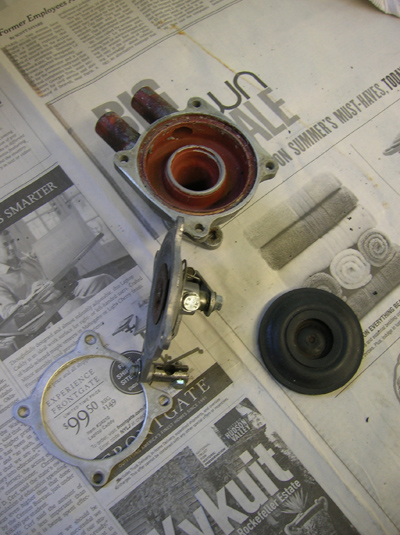 8141 also had a leaking heater control valve, so a new diaphragm is on order. 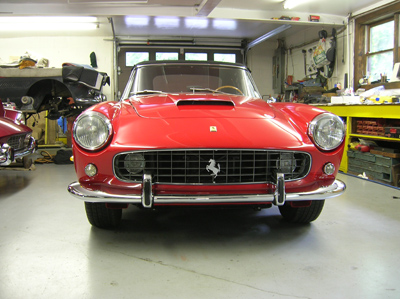 With new cars coming in, other cars are heading home. After a valve adjustment, oil change, and general tune up, this PF Cabriolet is done.