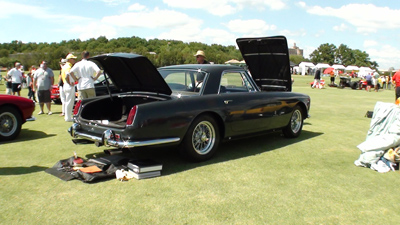 I headed down to Savannah Georgia last weekend to attend the 2011 Ferrari Club National Meet and to join David Eichenbaum in showing his 250GT Pininfariana Coupe. The August 2011 issue of “FORZA” just published an article I wrote, so the timing was perfect. In the article I told David’s story about how this PF Coupe came into his life and my involvement with preserving the largely original details. We had a lot of fun showing people in person this special car. 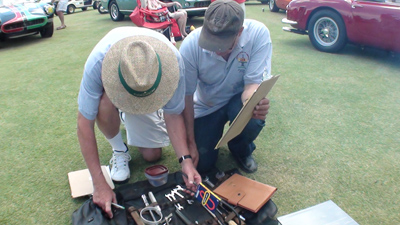 With the PF coupe was running better than ever, and the publication of the article, we had one more accomplishment for this car, and that was to win an award at the national level. I’ve been working hard at getting this car prepared for this show, and was proud of our work. We tried our best to be calm, but having three very well respected judges looking over our car was not easy! 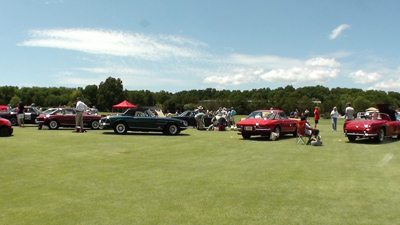 The show in Savannah was not as large as previous year’s shows. I spoke to quite a few people about going and many felt Savannah in June would be too hot. Having lived in Savannah for a couple of years, I can attest it was not as hot as it could have been. It was in high 80s, but even then it was a little too much for some. 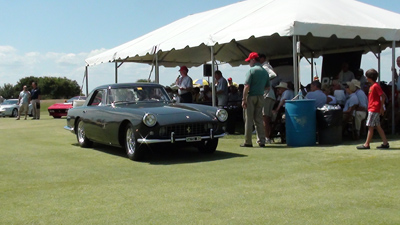 After all the points were added up, David received a Silver award for his PF Coupe! We were happy to have won something, but always want to do better. In discussions with the two of the three judges that looked at our car, I learned a lot about what it would take to do better next time. 1747 is not a restored car, and I have presented it that way. Many of the original details were preserved on this car, and although they may look old and worn, I wanted to show how original this car can be. The advice I was given was to clean the car a little more. I struggled with how many surfaces should be cleaned and repainted without obliterating the “patina,” but after my conversation with the judges, I felt we have a better direction for next time! 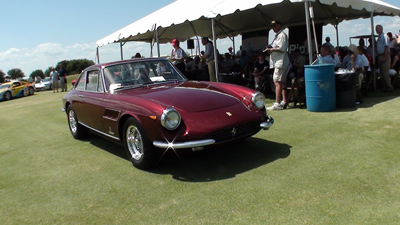 It was nice to see Clete Gardenhour collect a Platinum award for his 330GTC. He’s been working very hard at getting his car to this level, and I even played a small part in the details. Clete sent me his fuel lines and some pieces for plating a couple of months ago and it was nice to see these parts on his beautifully prepared car. Congratulations Clete!

After the Concours my sister and brother in law generously offered to throw a cocktail party at her house in Savannah. It was an informal gathering of Vintage Ferrari enthusiasts and it was nice to see some familiar faces as well as some new ones. Thanks Linda and Roger for having me and thirty of my friends at your house!