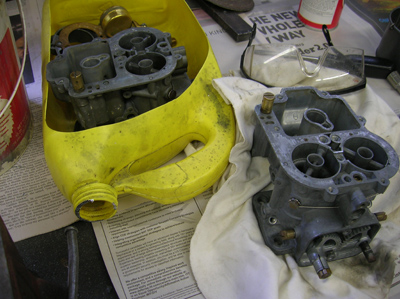 We took the newly purchased 330GT out for a drive, but before we could fill it up a low fuel tank, some trash must have gotten into the carburetors. No amount of adjustment would get the engine to run better, so we decided to take a closer look at the fuel system. New filters and a good carburetor cleaning was on order to avoid this from happening again. It was probably better to have had this happen to us than with the new owner on his first drive! 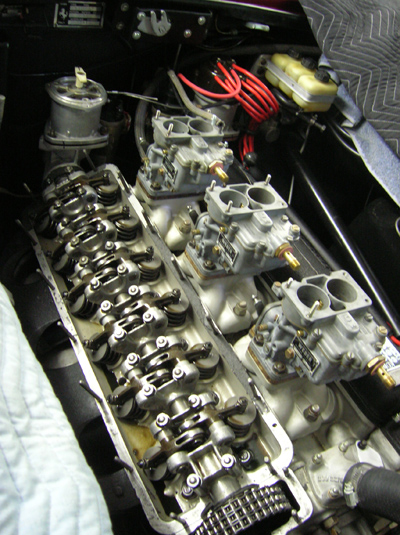 One known problem with this engine was an oil leak that we factored into the purchase price of the car. There was a possibility the timing chain case gasket was leaking, and this would require an engine out repair. I took a close look at the leak when I inspected the car and felt there was a 50/50 chance oil was actually coming from the timing chain case. When we received the car, I cleaned the oily areas thoroughly and went for a test drive. Francois felt we should address some of the other leaks before accusing the timing chain case and perhaps avoid a major three day job. One obvious leak was from one of the valve covers, so I pulled it off and resealed it with a new gasket. With the valve covers off, I adjusted the valves as well. 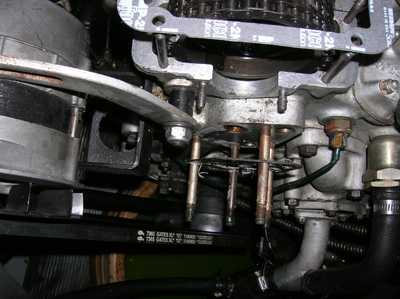 Another source of errant oil was coming from the oil filter housing and pressure regulator. That too was cleaned and sealed. 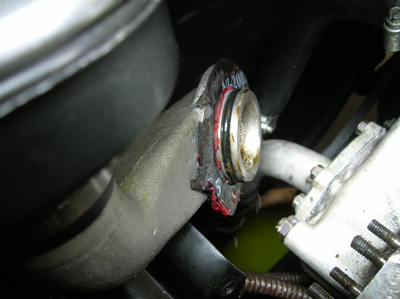 Since we adjusted the valves on one side of the engine, the owner asked us to go ahead and adjust the other side as well. The other side of the engine seemed to have been assembled at different time than the right side. The use of different gasket dressing gave me clues that perhaps things were done differently. The red sealant was pretty hard, didn’t seem to sealing anything very well, and was only found on the left cylinder. It looks a lot like red hylomar, but I thought that stuff isn’t supposed to harden? This had the consistency of shellac. 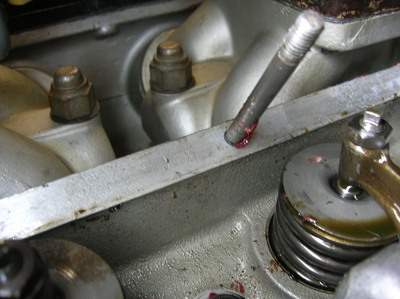 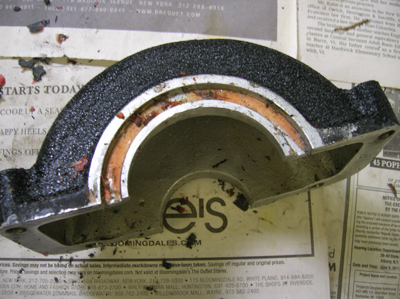 The sealant used on the timing chain covers was something else, but also hard and stuck in place. Careful chipping and scraping got this stuff off. 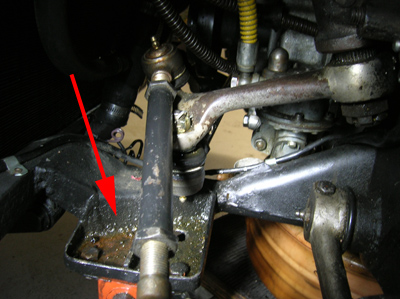 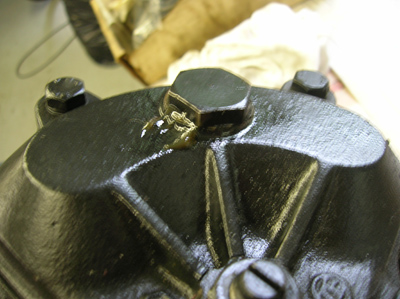 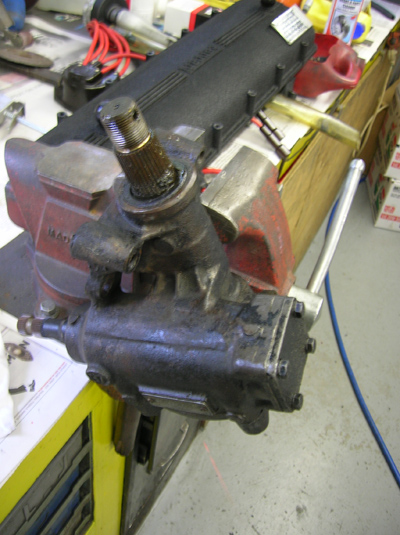 I’m getting good at getting these steering boxes out, as I’ve pulled three of them in the last year, but I’m not getting any better at getting the $%#* cotter pin out from the bottom of the spindle. The cotter pin is in a very awkward position and every other one I’ve done can put up quite a fight. This steering box was one that decided to give a lot of trouble, but I eventually prevailed. The seals are on order, and we’ll get it all back together next week.