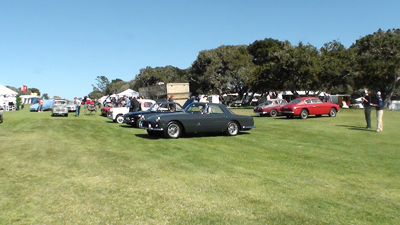 Concorso started a day early when we dropped off David’s PF Coupe on the show field Thursday afternoon. The field was a buzz with activity, getting the grounds ready for the big show on Friday. 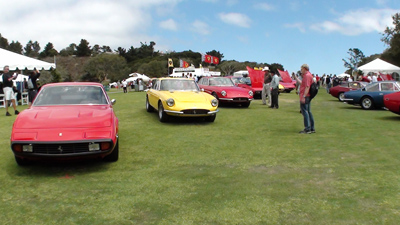 We arrived early the next day and I found the field layout changed from last year. They smartly split the Ferrari fields between late cars and Vintage cars, with the cut off at about the 70s. Last year, they parked the cars as they came, so vintage Ferraris were mixed in among 355s and 430s. It was nice to keep all like minded owners and cars in the same general place on the lawn. 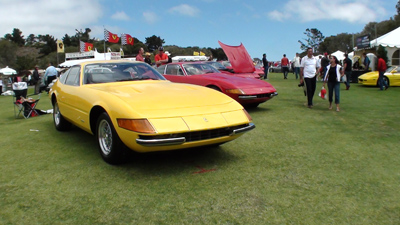 There classes were even well organized even though there was one minor issue with putting a 365GTC in the same class as a 365GTB/4. To the uninitiated, it had the same displacement engine and a Vintage Ferrari, but to the Tifosi, a big mistake! I’m willing to forgive the error! 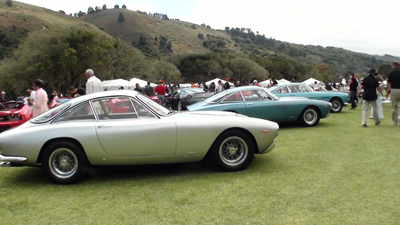 I think the turn out for cars was pretty good, and the vintage Ferrari numbers were strong. Attendance was good for the other marques as well, and I think this show is definitely a “must do” on Friday of Monterey weekend. 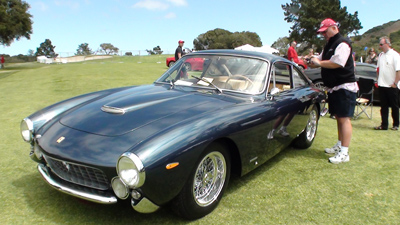 I spotted Marcel Massini jotting down notes on this striking Lusso. He was adding information to his vast collection of data on all Ferraris. I surprised how small his notebook was! 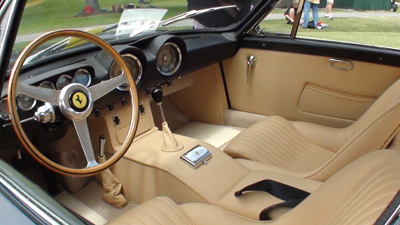 I loved the color combination of this car! 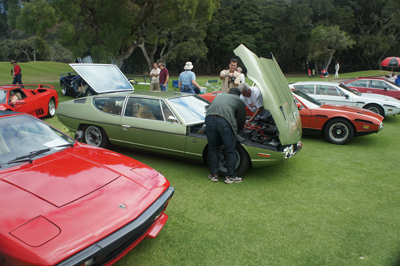 I saw a very rare sight in the Lamborghini section of the show field. It wasn’t so much as the Espada with the hood up, but rather actual owners working on a Lamborghini! 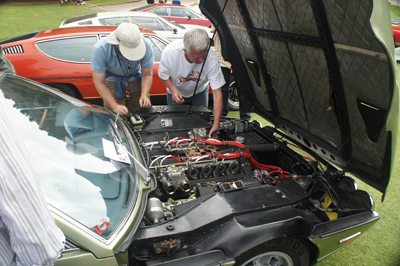 Modern Lamborghinis suffer the same fate as Modern Ferraris where the owners don’t know the first thing about working on their cars, but I heard a rumor that there are Vintage Lamborghini owners that work on their cars! Since the Vintage Lamborghini crowd is much smaller than the Vintage Ferrari group, this was a rare sighting. The owner decided Concorso was as good of a place as any to swap out 6 newly rebuilt Weber DCOE carburetors, and his buddies joined in on the work. Bravo!