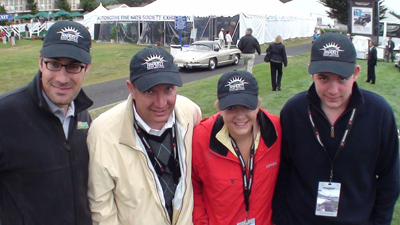 Before I left Laguna Seca on Saturday, I heard some of my friends conspiring to meet “early o’clock” at Pebble Beach. “Dawn Patrol” was mentioned several times, and meeting times like 5:30 am was also mentioned. When I finally asked what the heck they were talking about, they all chimed in about these hats Hagerty Insurance gave out to people who were on the lawn at 5:30 in the morning to meet the entrants as they were loading the cars onto the show field. I’ve been to Pebble Beach that early many years ago before the hats were handed out and I have since decided sleeping in a little later was worth more than a free hat! When I arrived on the lawn at 7am, I was greeted by some very happy people sporting the coveted hat! 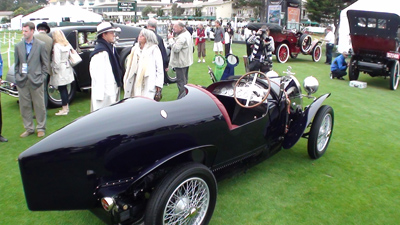 Pebble Beach is a place to show off some beautiful cars, but I love seeing owners and participants wearing period clothes to match the cars. This may never become a Goodwood Revival, but I commend them for the effort! 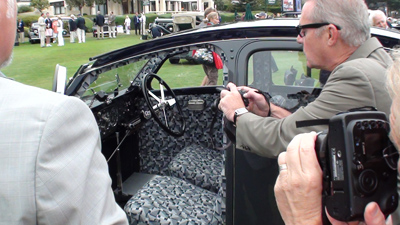 This year’s best of show winner had a striking interior that people were attracted to very early on in the morning. There was a buzz about this car all day. 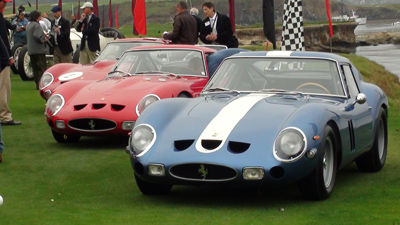 The GTOs were parked all along the water, and if you didn’t know better, you would think these were not rare cars! 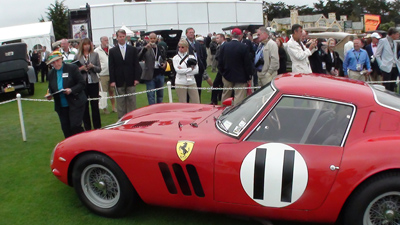 3647 was parked with her sisters, but I was very excited to meet Denise McCluggage as she came over to see the car. I’m not one to gush about celebrities, but Ms McCluggage is an exception. I just hope I didn’t sound too foolish when I told her how much I love her work and admired her experiences. She was a gracious about my fandom, and gave me a card. 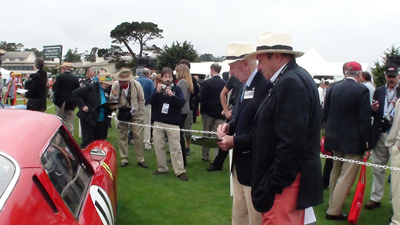 John Surtees also stopped by to look at the McNeil’s GTO. He raced this actual car when it was new in 1962! 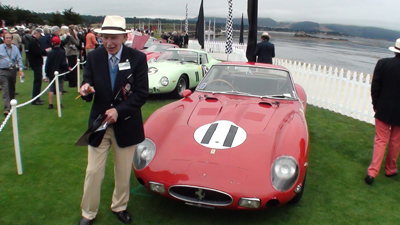 Mr. Surtees is the only man that holds both world championships in Motorcycles and Race cars! A feat perhaps never to be beaten. 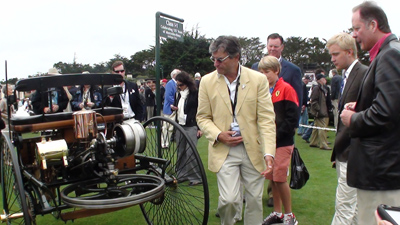 I was invited by a friend to join in a private tour with their host Alain Decadenet. He spent three days with this group patiently sharing his vast knowledge about all things automotive, and I was lucky to join them at Pebble Beach. 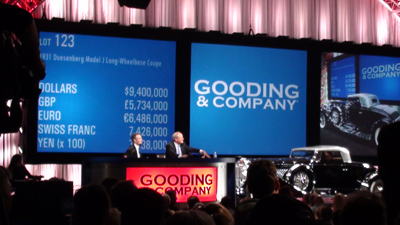 After a day on the lawn of Pebble Beach, many people head over to Gooding to watch the final auction of the Monterey weekend. This auction often defines what the collector car market is doing after everyone has spent a weekend looking at and showing their cars. With over 9 million offered on a Deusenburg Model J, I think the collector market is showing pretty strong despite the rocky economy. 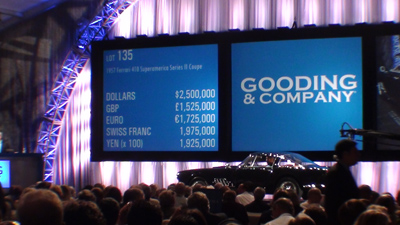 Friend’s of mine were selling their 410 Superamerica, and I was excited to see what it would sell for. I’m sure the LaPortes were sad to see a car their family owned for over 40 years go to another owner, but they’re already looking for a replacement with the proceeds from this auction. Congratulations!

The 2011 Monterey weekend passed pretty quickly for me and even though I kicked it off with a rocky start with a canceled flight and lost luggage, I managed to catch the tail end of the Ocean Ave. show and recover my luggage! Everything turned out fine. The Tomyang.net party was a universal success, and I hope to do it again next year! Now, let’s get back to working on cars!