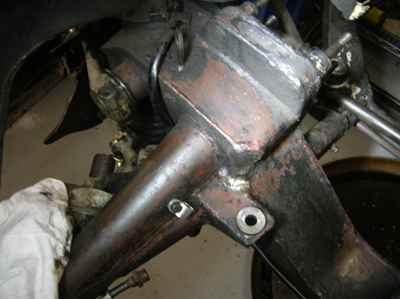 I got back from Monterey with a ton of work to do! Having shown David Eichenbaum’s 250PF Coupe as true “survivor car” in Monterey, I was excited to get back to work on 2259, the latest survivor car I’m bringing back to life. With the engine out of the car, I can focus of cleaning up some of the frame sections and painting some areas where the it has flaked off. 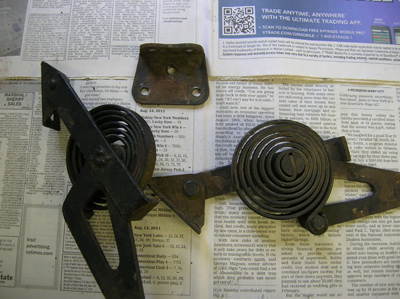 Some of the hardware could use some cleaning and fresh paint. 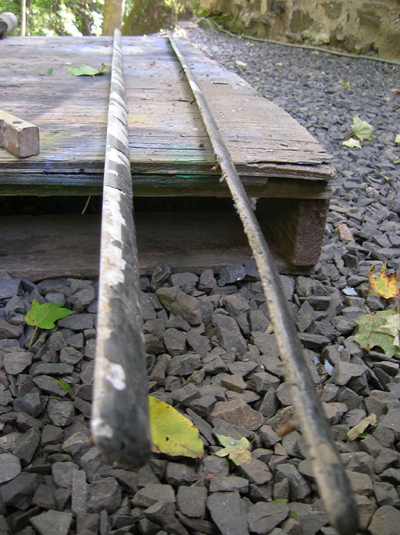 The trim pieces below the rockers were pretty badly chipped, so I decided to take them off, strip the paint, and paint them. 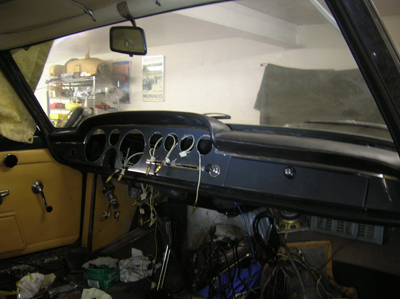 The dash was put back on the car after I had a new heater core installed. I moisturized the leather dash again, laid out the wiring so I could begin putting the gauges back in the dash. 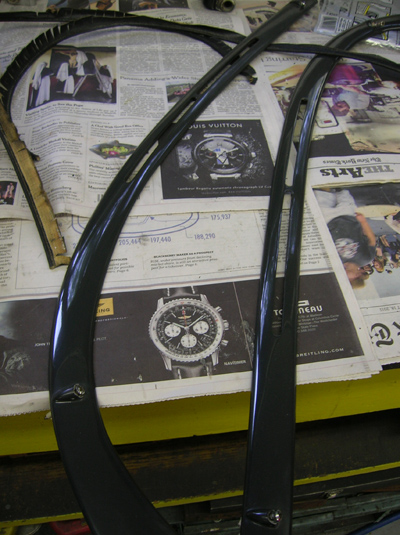 The trim under the windshield had to be cleaned and polished before I installed them back on top of the dash. After sitting dormant for over 40 years, a lot of dust worked its way into the paint, so I needed to make sure I cleaned these pieces thoroughly before putting them back in a place with limited access. The original vinyl piping was glued back to the painted trim pieces.

Jumping over to the fuel system, I started putting the parts to the fuel tank together which began with the fuel pick up. 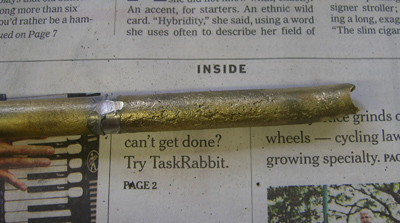 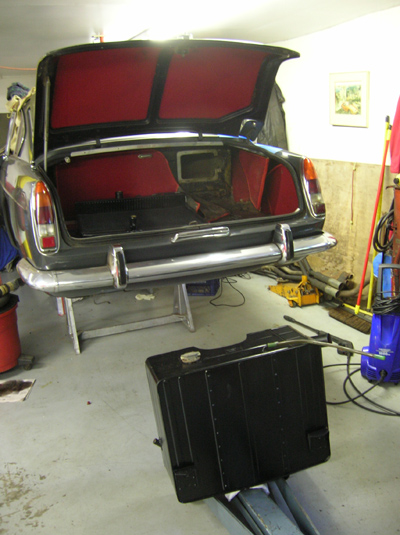 The gas tank was ready to go back in the car. The car had to be put very high in the air so the tank could slide under the car. A new fuel filler hose was installed along with all the gaskets for the access door. 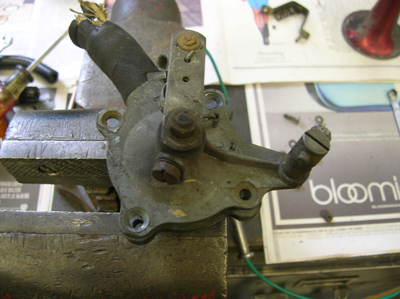 As I was working on the under hood detailing, I looked at the heater shut off valve. It seemed to be working fine, but I decided to open it up to take a look inside. 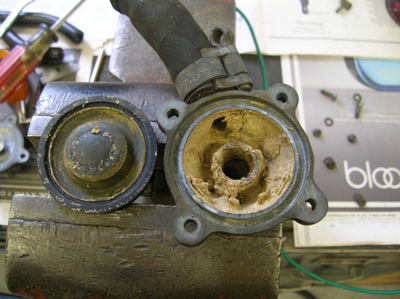 I’m glad I looked, because even though the rubber diaphragm was in great shape, there was a bunch of corrosion inside the valve nearly blocking up the whole assembly. With a newly cored radiator and heater core, it would be a shame to have this stuff work itself loose and clog up the works! 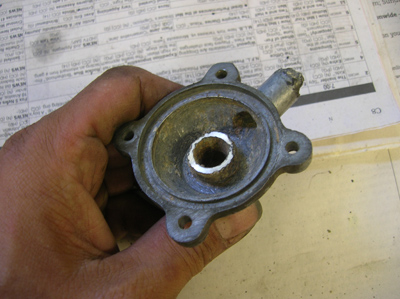 After cleaning up the assembly, I saw the face of the shut off valve where the rubber diaphragm seated was pretty rough from the corrosion. I mounted the valve in the lathe, and took a little material off the seating surface to make for a better seal, but being careful not to take too much material off so the valve would still reach! 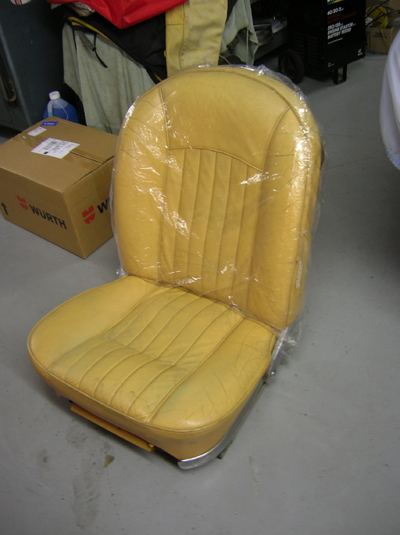 I had a conversation with the owner of 2259, and we discussed the shape of the seats. The leather on the seats are in remarkable condition, but foam is in bad shape. Ferrari seats often suffer from dry rotted foam which turns to dust over the years, leaving crumbs on the carpets every time someone sits in a seat. The current owner wanted to see if there was anything we could do to change out the foam but keep the original leather. I have always resisted this job because I was always afraid of damaging irreplaceable leather when removing them from a seat. I’ve heard of upholsterers successfully re padding old seats, but I have not done it myself. I have experience reupholstering new seats, but I was heading into uncharted territory. The owner was willing to take a chance with my ability, and I told him I would try my best. We’ll see how this turns out. Just like the headliner with 1747, we might learn something by pushing our limits! 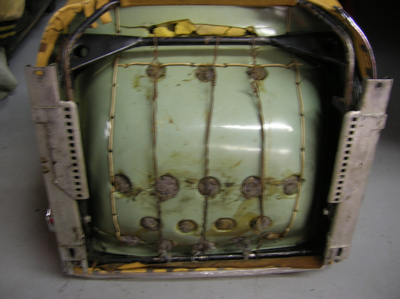 On closer inspection, 2259’s seats already had a problem in the past, and a repair was attempted. 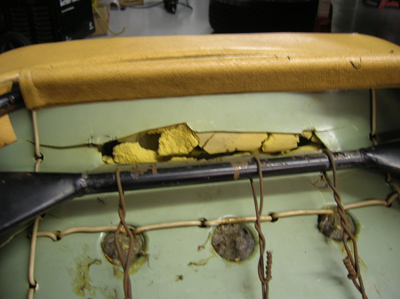 Series I and II seats have a vacuum formed bucket that makes up the seat pan. This bucket is very fragile, and often cracks. A previous repair tried to support the cracked seat pan with wire. The fact that this car has about 20K Km on the odometer and this car had not been driven since the late 60s, shows how quickly these pans broke! Later Series III GTEs used a rubber support structure. The crumbling foam, however, remained. 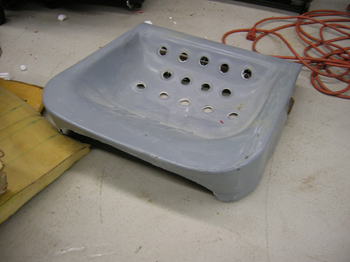 A few years ago, we replaced the seat pans in a Series II GTE with fiberglass ones me made from molds taken off an intact original pan. The fiberglass is thicker and stronger, and did a much better job at supporting the occupant. 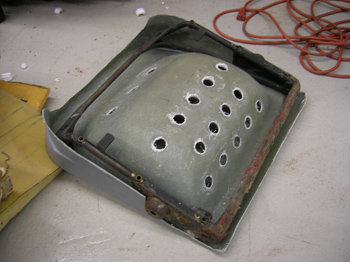 The new pan fit very nicely on the old frame of the seat. I called to have my fiberglass guy make another set from the molds he has in stock so I can see how well they fit on the original leather seat covers. Wish us luck!