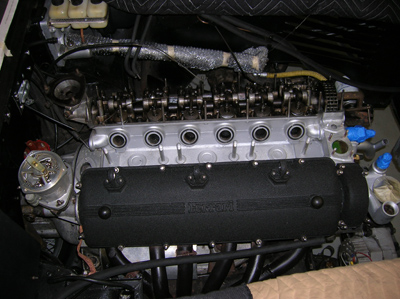 I’m making some good progress on the engine detailing on the Interim 330 we have at the shop. Freshly painted valve covers and engine surfaces really dress things up. I also installed new intake o-rings. 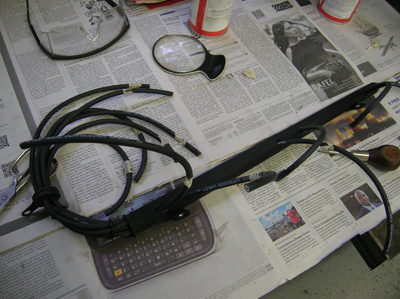 The wrinkle painted spark plug tubes received new wires, o-rings and grommets before the boots and ends were crimped in place. You have to label the wires as you fish each one through according to the firing order and the position on the distributor cap. 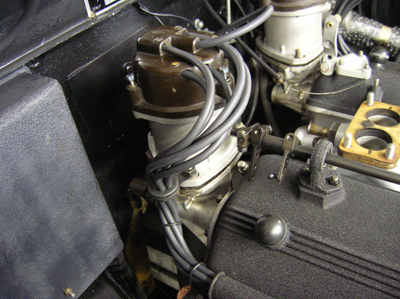 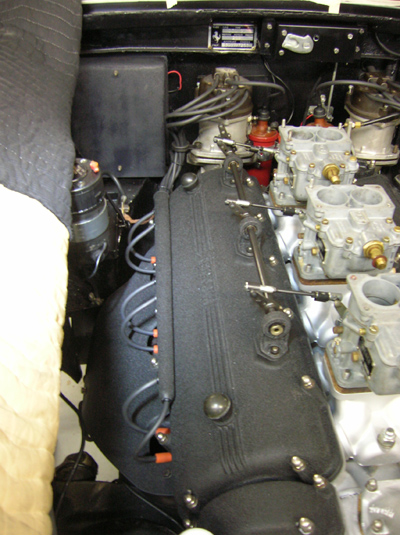 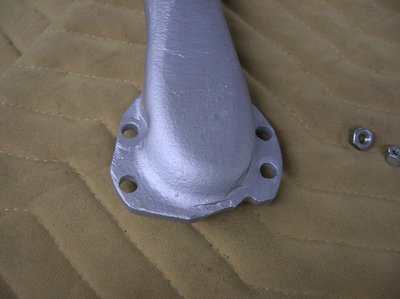 The hold up on this job has been a repair done by a previous mechanic. The oil filler pipe and oil filter stand was strangely modified, and it didn’t become clear until we took the modified pieces off to investigate. 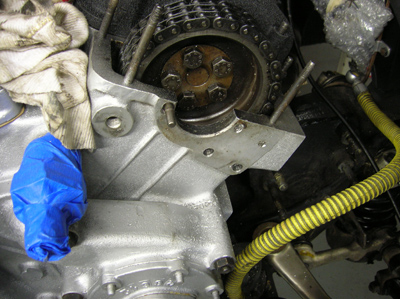 Four studs were broken off at the timing chain case, but when we attempted to drill some of them out for new studs, we found the remnants of a something very hard broken off inside one of the holes. The former mechanic must have broken a drill bit or a stud extractor in one of the holes and gave up when he tried to remove the piece. 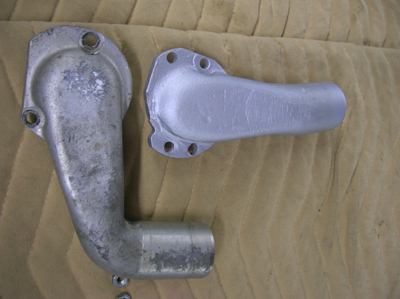 Instead, they modified the holes on filler neck along with the shape of the neck. Luckily, we had an original filler neck that would work on this application, and restored the pieces back to the original configuration. 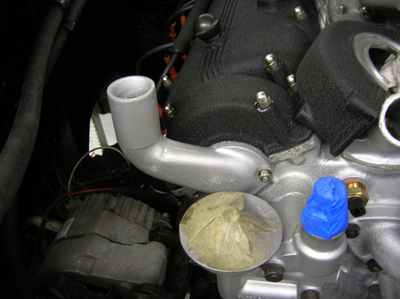 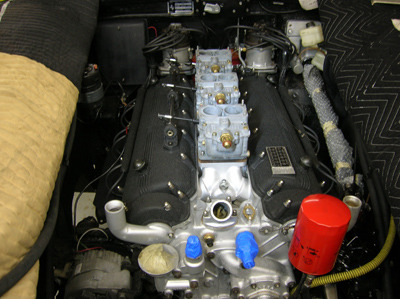 The devil is in the details, but this engine compartment will be very nice when we finally finish!