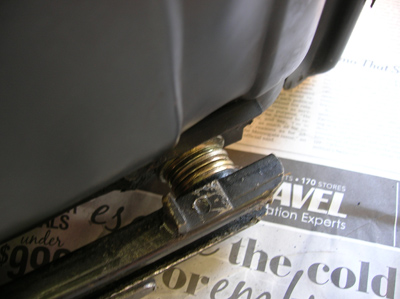 This week I got to work on a 330 GTC that arrived at the shop with a list of “to-dos.” After installing some missing ball bearings in the seat tracks, I focused on some spacers that were installed on the tracks. For some reason, the seat mounts on this car make these seats sit at strange angle, and an easy solution was to add spacers until a comfortable angle could be achieved. The owner wanted us to see if we could get a little more angle in the seat, so I decided to replace the washers with a thicker machined bushing. 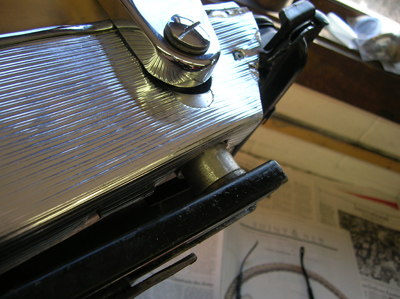 I also used a longer mounting bolt so the seat would remain secure. Although no one will see this, I know it looks a lot better than a stack of washers. 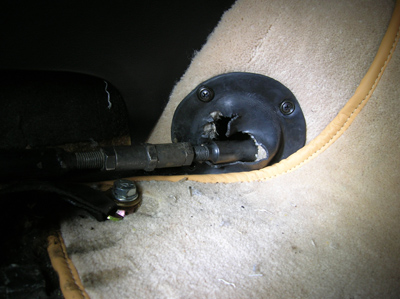 While the seats were out, we noticed the shift linkage boot was torn. Luckily, the linkage pin came out without a fight, so the hardest part of this repair was done. 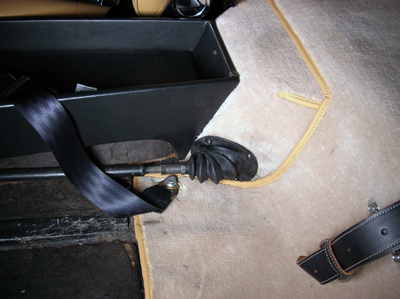 The new boot was installed, and should keep water and debris from coming up and soiling the light colored carpets! 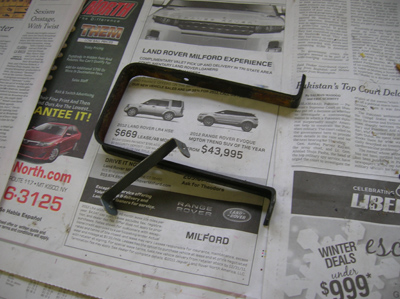 The brake and clutch reservoir bracket was missing a divider so the containers were ratting loose in the mount, so I fabricated a new piece. 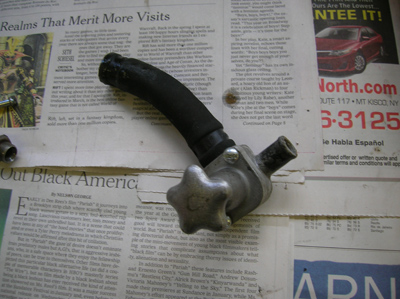 Another item on our list was to take a look at why there was no heat in the car. After a test drive, I felt the various coolant hoses and pipes in the engine compartment and found the hoses leading to the heater cores barely hot. I suspected one of the coolant shut off valves was clogged and traced the issue to the manual shut off valve. With a new rubber diaphragm installed, it’s doing job correctly. 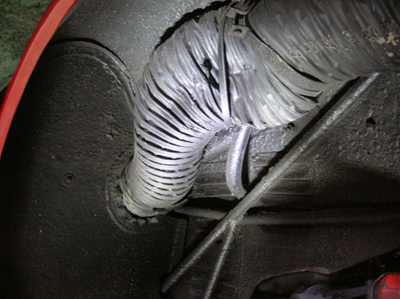 The GTC has independent left and right blower controls, and for some reason there was very little air movement on the left vent. After removing the left tire, it became obvious where the problem was. There is very limited space between the top of the tire and the vent pipe leading from the blower motor to the passenger compartment. It looks like an over zealous mechanic squashed the vent pipe shut by trying to make more tire clearance. I felt a compromise could be reached, and reshaped the pipe to clear the tire and still offer air from the blower. 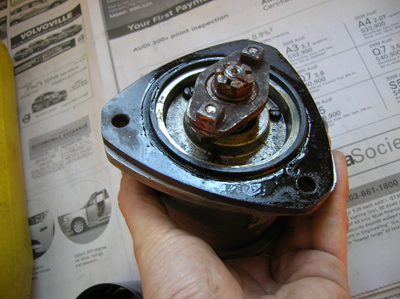 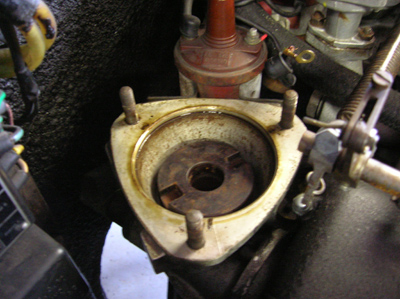 There is an oil seal under the drive mechanism in the distributor stand that fails and allows oil to pass. Popping out the seals and replacing them at this point was simple job.