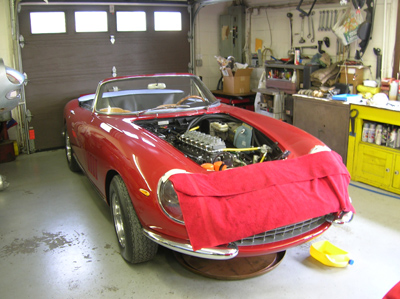 We had a NART Spyder at the shop. This car began its life as a 275GTB/4. Somewhere in its life the roof was cut off, and it was made into a convertible, which is very much what happened with the original version. The story goes, that during the 275 era of cars,  Ferrari and Pininfarina created a convertible version in the form of a 275GTS. Its body style was very different to the 275GTB, and some people thought it was too conservative, including Luigi Chinetti Sr., Ferrari’s main exporter in the U.S.. Chinetti wanted to remove the roof of a 275GTB and make the appropriate alterations to the trunk area for a GTS version of the sexy GTB. Despite Ferrari’s resistance, Chinetti paid for several versions, shipped them to the US, and sold them all. Not to be confused with the 275GTS, this version was called the NART Spyder after Chinetti’s North American Race Team. In fact, to promote the car, one example was raced at several events, including Sebring, where Denise McCluggage and Pinky Rollo finished 2nd in their class. The same car, painted in maroon red was lent to Steve McQueen’s production company to appear in “The Thomas Crown Affair” in 1968. 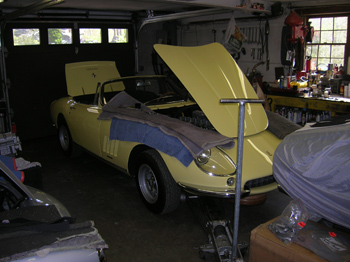 That same race/film car was parked a few years ago in the same spot in the shop as the copy we had this week. In total, there were only 10 NART Spyders made. Imitation is the best form of flattery, and this was a great a car to praise! 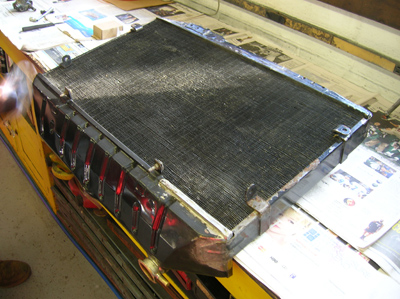 This week’s NART Spyder had a leaking radiator, so we carefully removed the unit from the tight confines of the nose in this car and sent it to our radiator guy. 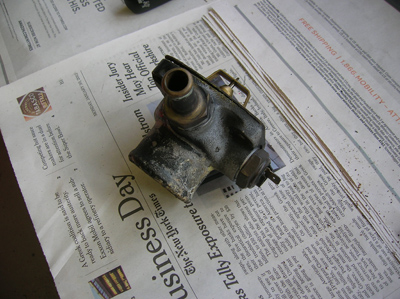 The various housings were cleaned and painted while the parts were off. 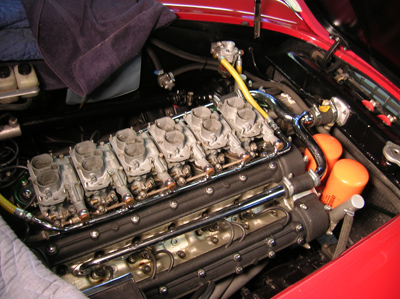 Soon, we had the radiator back, patched and pressure tested, so we dropped…er, placed, it back in the car. 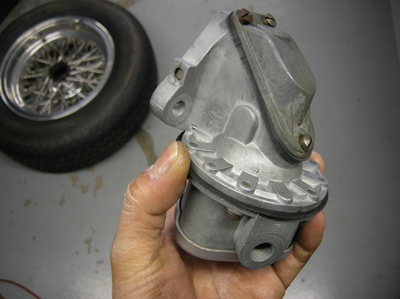 I finished up the mechanical fuel pump rebuild on the Ferrari 250GTE 3553. 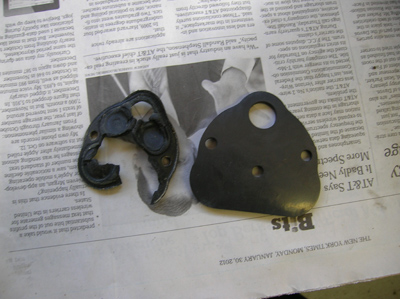 I’m collating data for an upcoming article on fuel pumps for the GTE Registry, and I found something very interesting. Last week, I pulled the remnants of the old Nitrile rubber gasket inside the fuel pump (pictured left), and what the gasoline did not destroy, swelled up, but when I went to work on Monday I found the gasket had shrunk by 30%! The new gasket material (pictured right) is made in Viton, supposedly resistant to fuel. I took the new gasket and soaked in a cup of fuel for a day without any change. They may both look like black rubber, but they react very differently to modern gasoline! If you buy a rebuild kit, buy the one made with Viton, and not Nitrile rubber! 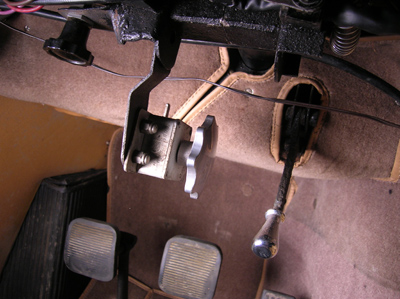 Another item on Gary’s list of “to dos” was to fabricate a bracket for a radiator blind control knob. Luckily, the survivor GTE 2259 at our shop has the original knob,and details to copy. Although the under dash details are not exactly the same, it gave me a good idea of what I needed to achieve. 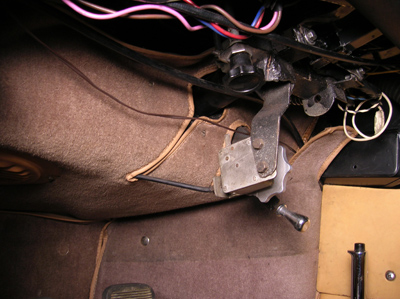 Gary had the knob, but is missing the bracket and cable under the dash. I may also have to modify the carpet to copy how the slot in the carpet allows for the cable to go through the firewall. Details, details! 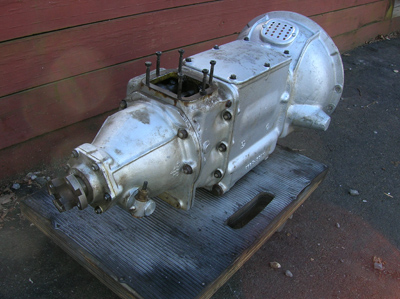 A client of mine has a Lusso Transmission for sale. It’s a 250 4-speed transmission. If anyone is interested, let me know.