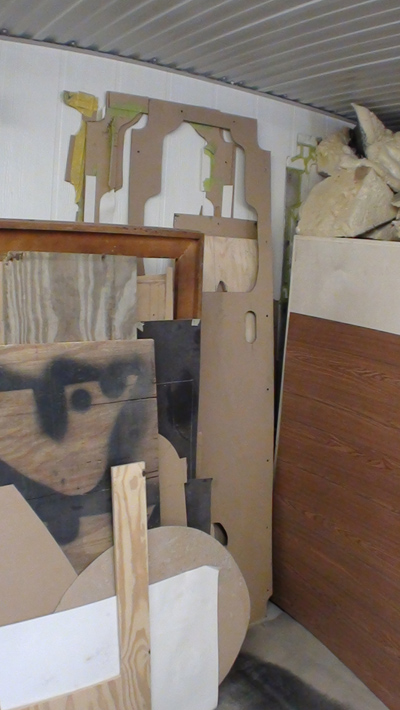 Everywhere I looked in Coachworks during my tour was something interesting, and Bob Smith was happy to show us. In one corner of the shop was a stack of templates for various pieces that fit Ferraris. I easily spotted a belly pan template in the pile. 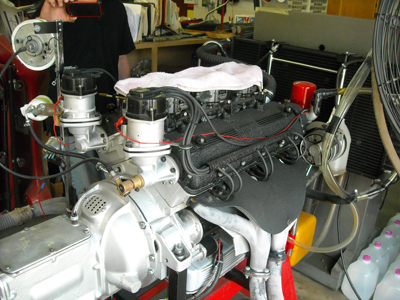 Bob Smith’s shop also takes engine rebuilding to another level by testing all the sub assemblies as well. Coachworks rebuilds engines for clients all over the country but insists they send not only the engine accessories for testing after the rebuild, but also the gauges. Bob explained how he used to bench test the engines with his own gauges, but when a customer called to say a freshly rebuilt engine was showing low oil pressure there was concern the engine would have to be shipped back. Bob asked the customer to send the oil pressure gauge to test, and sure enough, the gauge was faulty. Now every complete engine overhaul is finished with a break in period on this test stand, making sure all the components work including the actual gauges from the car. 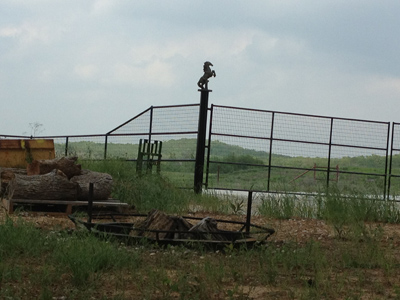 After a nice BBQ lunch, complete with ribs, brisket, Texas Toast and fried okra, Bob asked if we wanted to see his ranch on the way to another Coachworks facility. Bob’s other passions in life include horses, and he approaches the love with the same intensity he has with Ferraris. 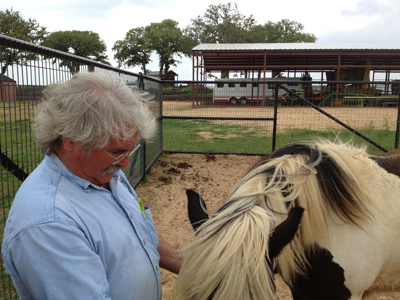 Bob raises Gypsy Vanner horses, and breeds them for buyers all over the country. 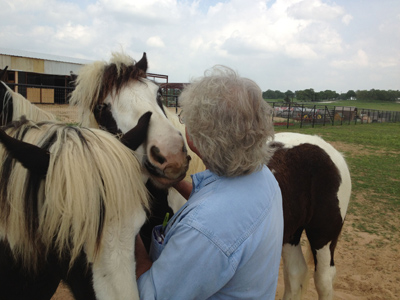 I could tell these young mares were Bob’s favorites. 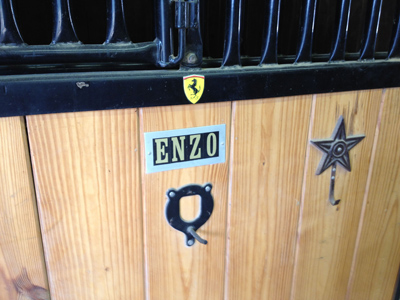 It was fitting to find one stall in the stables paying homage to the other Prancing Horse. 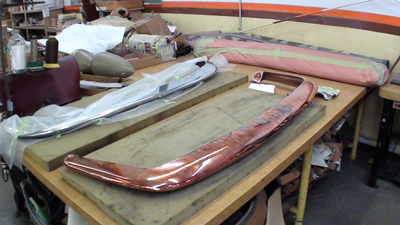 From the ranch outside of Gainesville, we headed over to the chrome shop. Coachworks has the liberty of having its own chrome shop to do all their plating. At other shops, including ours, do not have the pleasure of fitting and checking the fit of our chrome pieces throughout the chroming process. As metal gets repaired and polished, it can distort, and it’s up to the chrome plater to take care not to damage the parts. Bob Smith’s frustration with an outside chrome shop drove him to building his own chrome plating facility in Texas. 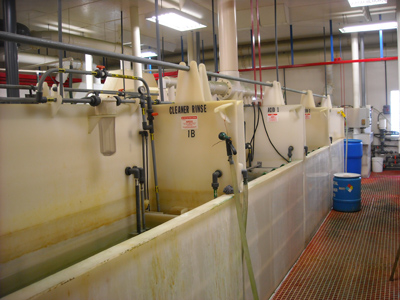 In the early 90s Bob brought in engineers, fabricators, and consultants to build a state of the art chrome shop in Gainesville. A new building was constructed with holding tanks below ground to meet Environmental Protection Agency regulation. Any spillage of chemicals would be contained within the holding tanks, and no water used in the plating process is flushed out of the building. Everything is reclaimed, filtered, and reused. 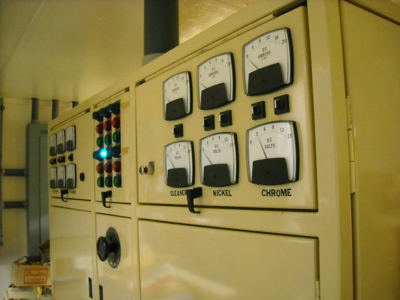 Custom transformers were designed and built especially for this shop. Conditioned and stable power is needed for consistent plating which is an “electroplating” process and how the power gets to all the tanks was considered as much as anything else in the building. By the time the chrome shop was up and running, Bob said he had spent $2 Million dollars! 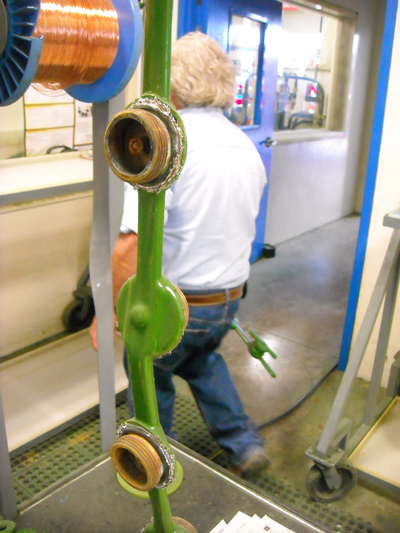 With a fully functional plating shop at their disposal, Coachworks could design Ferrari specific tools to better the processes. Here are mounts for Knock offs that seal the electroplating chemicals away from the threads of the knock offs. 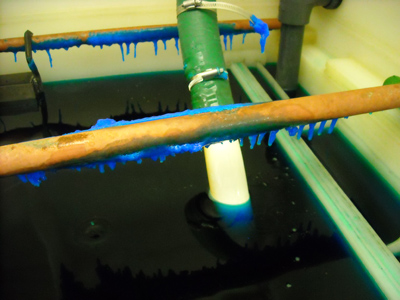 Plating involves many chemicals steps from cleaners to cyanide baths. Safety is a priority at this shop with good ventilation, and well labeled tanks. 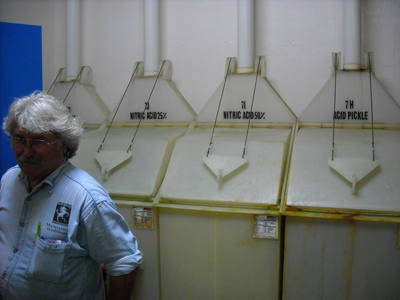 Some tanks had some pretty nasty stuff in them and the real dangerous stuff is stored in separate room. Bob showed us some acid tanks that can really do some damage to anything that fits in the tank!

Bob Smith spent a better part of a day giving me and my friends a grand tour of his facilities. Despite all the phone calls and people vying for his attention, he was so generous with his time and knowledge. I was honored to have him show me some of the things he’d learned though the years, and know I’ll be using some of these techniques at my shop.

Bob started out working at a ranch in Texas as the “Fix it” guy and turned his ingenuity and drive into a multi-million dollar company. His no-compromise approach to everything he does is perhaps the secret to his success, and he has clients willing to pay for this service. I learned a lot about the business of Ferrari Restoration during my visit and saw where someone like Bob Smith can take it. I may be happy right where I am, but it was inspiring to see where it could go!

Thanks Bob for your hospitality, and I wish you all the benefits and success your hard work will bring!