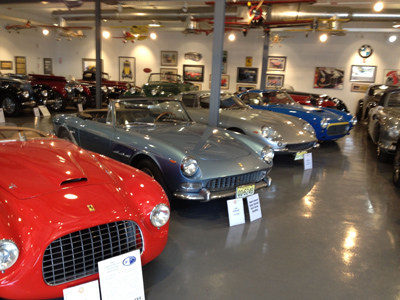 Oscar Davis, a well known collector occasionally invites small groups to see his collection of cars in NJ, and I try my best never to miss the opportunity. He has spent a lifetime collecting some of the most desirable cars, and houses them in a fantastic warehouse decorated to suit any gear head’s dream. 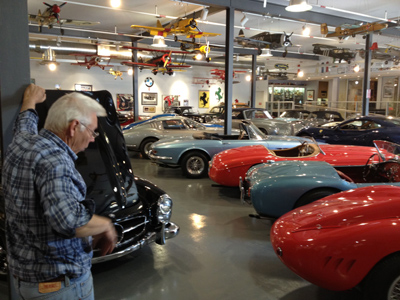 This time, I had the pleasure of spending some time talking to Dennis Radtke, a man who has looked after all of the Mr. Davis’ cars for over 30 years! Dennis used to work near Oscar’s shop, and as they learned of each other’s mutual interests, Oscar began having Dennis work on some of his cars. As their professional relationship grew, so did their friendship, and soon Dennis became involved with the cars full time. With a background of engineering, pipe fitting, and all around handyman, there wasn’t anything Dennis couldn’t do, or at least learn how to do, so having a guy like Dennis became invaluable. For Dennis, the job has been interesting to say the least, and the office is not a bad place to be! 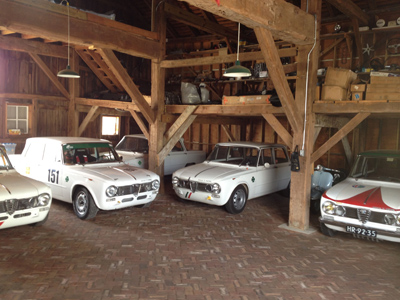 I met Tomas Lacosta and his son Will last year at Davis’ open house, but found they wouldn’t be making this year, but Tom invited me out to see the cars. In the circles of the VSCCA, I was told in whispered tones, that Tom’s collection was worth seeing, so I was not going to pass up this invitation! My friend Yale followed me out to to find Tom’s barn hiding possibly the largest collection of Alfa Giulietta TI Supers in the world!

Tom fell in love with these cars, and started using them for Vintage Racing, but started collecting more of them over a dozen years ago. The more he found, the more he bought, and now they all have a way of finding him. The depth of knowledge, and enthusiasm of this one model Tom had was staggering. 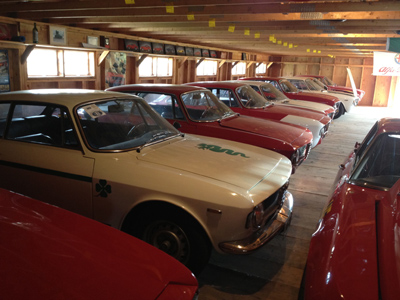 In another barn was Tom’s collection GTAs! Each car was slightly different, raced and configured in different specs, but all ready to fire up and drive. 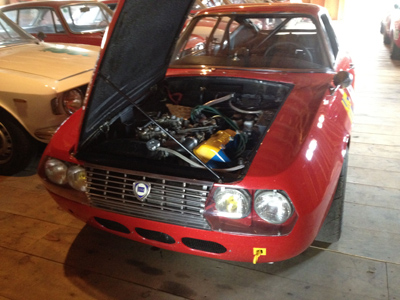 Lancias were also of interest to Tom, and this Fulvia Sport was particularly nice. 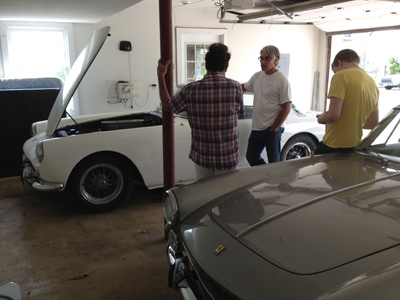 Our connection to Tom was his Ferraris, and these were housed in another garage. The PF Coupe was his first V-12 Ferrari, and I could see his love was still there. Just the three Ferraris in the collection which also included a GTE and a GTC were enough to satisfy any collector, but there was still more! 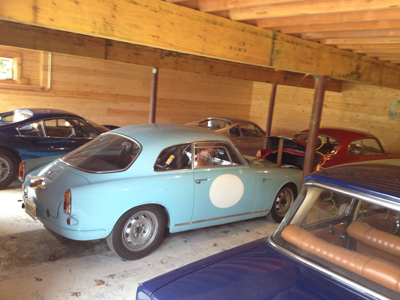 In a lower garage was more interesting Italian machinery including two Dinos and more Alfas. The amazing thing was every one of these cars were in drivable condition, and they’re used often. In fact, Tom uses one of the 50 year old Alfas as a commuter car into Manhattan everyday because he doesn’t own a modern commuter car! 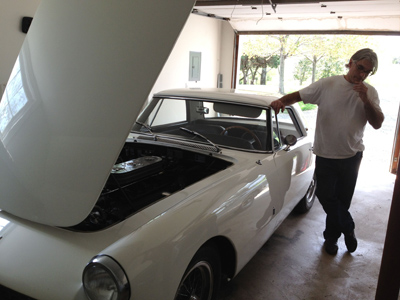 I want to thank Tom and Will for spending time with me and Yale during our visit. We shared ideas and passions about the cars during our tour, and it was fascinating to learn how Tom built his collection and refined his tastes. He doesn’t think of himself as a collector of cars, but more of a Vintage Racer with a passion for a particular type of car, and I can see where he comes from. Whatever the classification, he’s built a fantastic world to celebrate these cars! It was a pleasure to see it.