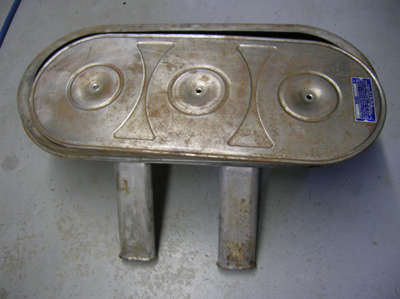 With the various engine pieces off the car, now was a good time to strip and paint the parts. The air cleaner assembly is supposed to be semi gloss black, but the finish was pretty rough. After stripping the old paint off, we found out why. There was a layer of surface rust on the bare steel that wasn’t removed before painting. We’ll thoroughly remove this rust before painting. 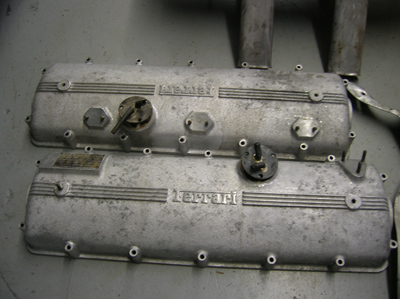 The valve covers were chemically stripped of all its wrinkle finish and cleaned. 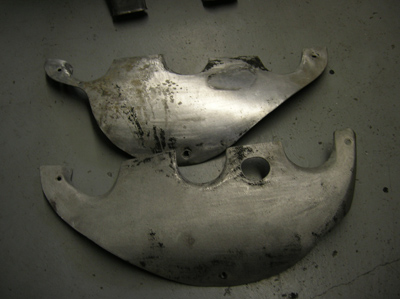 Looking at the exhaust shields, I decided to go ahead and repaint them as well. The wrinkle paint on these parts was also flaking off, and wouldn’t match the fresh paint on the valve covers. After stripping the paint off, a little of media blasting will get the few stubborn bits of paint off. 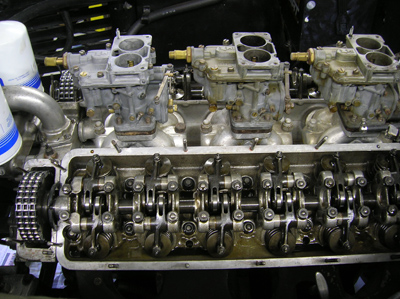 An oil change, valve adjustment, carb cleaning, and ignition tune will set this car up for a base line. Not knowing what was done before this car was sold to the new owner, we feel it is best to start with everything set and adjusted as best as it can be so the new owner has the best tuned car he can have. The engine was rebuilt in the recent past, but the lash adjusters showed minor wear. New adjusters were installed and proper lash was set. The carburetors were running O.K., but were a little crusty. A thorough disassembly and cleaning will help make sure when we tune the carbs, they are not sticking or clogged. As I disassembled the carbs, I found debris in the bowls, so cleaning them out was definitely warranted. You can see where the first carb is done and cleaner than the next two. 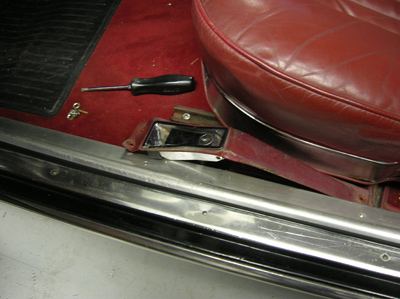 When I performed the pre purchase inspection on this car, I noticed the remote fuel release lever was stuck. At first I thought it was locked, but without a key for the lock, I had to investigate further. 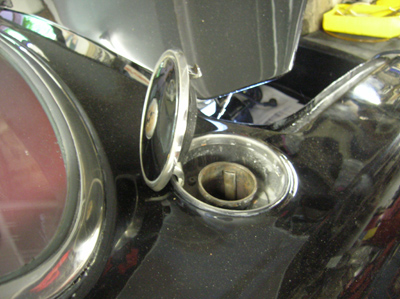 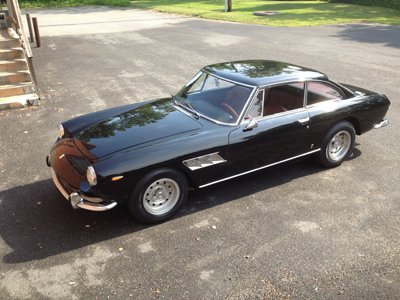 I did a informal survey on Facebook about people’s opinion on the chromed extractor vents on this Series II 330. They’re supposed to be painted body color, but a previous owner may have had these pieces chromed. I’m usually one to return finishes and details back to stock, but I actually like the way the chrome vents visually break up the side of this black car. What do you think?