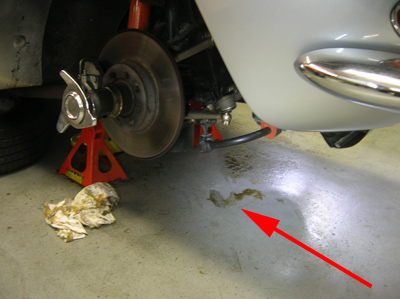 There has been a growing puddle of oil below Al’s 330 at the shop and he asked me to find its source. After a quick look, it became evident that it was coming from behind the timing chain case. Al had another shop rebuild his engine last year, and from what I could tell one of the seals was leaking. Ferrari engines are notorious oil leakers and we try our best to stem the flow of oil by sealing the trouble spots with extra sealant. Resealing this leak was not going to be easy, but Al told me he couldn’t stand the puddle of oil in his garage anymore! 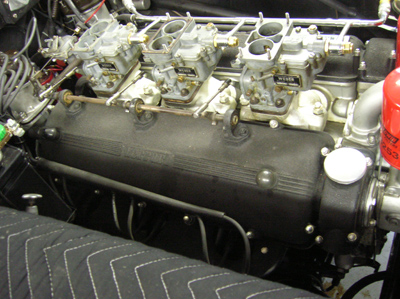 The repair required me to remove the valve and timing chain covers to access the problem square cut o-ring. 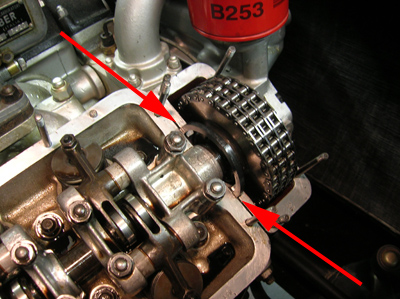 After reaching the suspect o-ring, I found no evidence of sealant around this seal. Ferrari did not use sealant when they assembled these engines 50 years ago, but as parts age, sealant is absolutely necessary if you want a chance of a leak free engine. The problem is to seal it right, the square cut o-ring has to be removed to properly seal it again. I first learned the trick on how to get this o-ring out and reinstalled from Francois, and he learned it from Iori, Francois’ mentor. I was told that in the 60s, when at a race, a 250 engine started leaking badly from this area. The Factory procedure would have been to pull the engine to pull the timing chain case off to replace this seal. There was not enough time to perform this kind of work so Iori figured out how to replace the seal without pulling the engine. This technique was passed on to Francois, and now onto me. It’s kind of cool to have learned something that goes straight back to the early days of Ferrari! 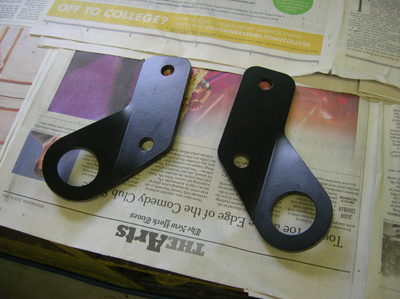 Al brought the car over to the shop on his trailer, and made a comment about the lack of tow points on the front of his car, and I told him about the tow points I made for Vintage Ferraris a few years ago. After seeing a set mounted on another car, he bought a pair. 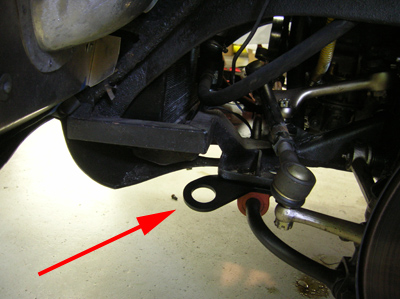 Installed on his SII 330, they fit without any interference with the nose pan or sway bar. These mounts offer a great alternative to trying to hook to the suspension, and I think they look good too! 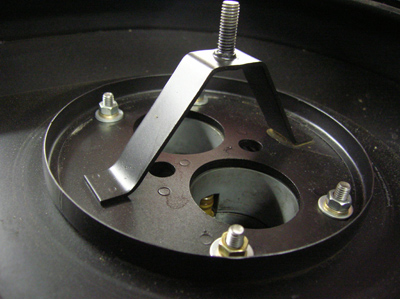 When I was taking Al’s car apart to fix the oil leak, I removed the air cleaner and noticed the amount of nuts and washers he used to secure the bottom of the air cleaner to the carb tops. Dropping one of these fiddly bits down a carb opening is pretty high, so extreme care must be taken when working in this area. To lessen some of this risk, we eliminate a lot of these parts with only one nylock nut per stud. The one fastener per stud secures the air cleaner just fine, and eliminates the chances of the other parts falling into the engine!