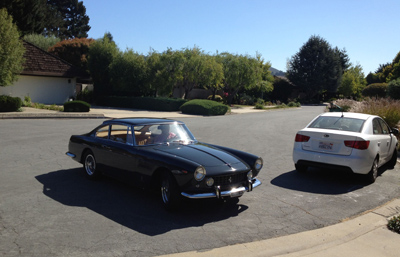 After a late Sunday night at the auctions, I woke up on Monday morning with a full schedule. Larry stopped by the house to pick up his GTE to drive home after her National Debut. I took her out for a quick spin for old time’s sake, and said my goodbyes. She’s in good hands, and I’m sure I’ll see her again soon!

I swapped my ride for a white KIA and headed back up to the Bay area to see some more Ferraris. On every trip out, I try my best to make the most of my time, and since I’m doing a ground up restoration of a 275GTS, I thought it would be a great opportunity to look at some in California while I was there. 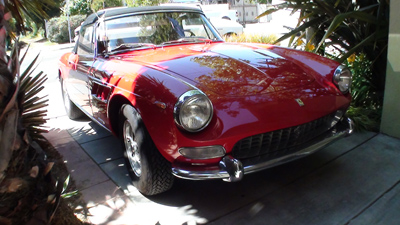 A friend of mine has owned this 275GTS for many years, and much of it is original, so this was my first stop. 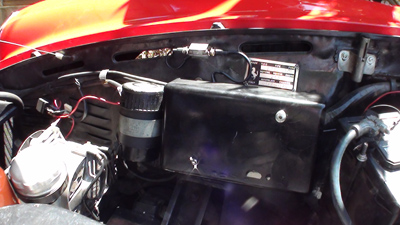 The part I was most interested in was the fuse box cover. On 275GTSs, it was rumored that some of these cars did not come with fuse box covers and some did, but no one is sure. This GTS had its original cover, and I wanted to photograph it. It was secured with both a knurled knob and a wing nut and we felt one of them was probably wrong, but the cover definitely looked original. I may use this cover as an example to copy if I decide my car needs a fuse box cover. 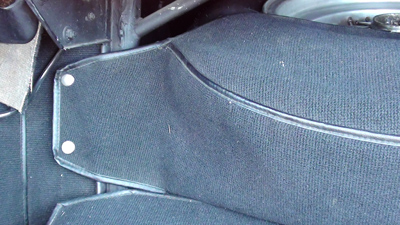 Another great detail I found was the spare tire cover in the trunk of the car. I don’t believe our car has this piece, and I took photographs so we can reproduce it during our restoration. I’m going to look for the snaps on our trunk carpet to see if it ever had a tire cover. 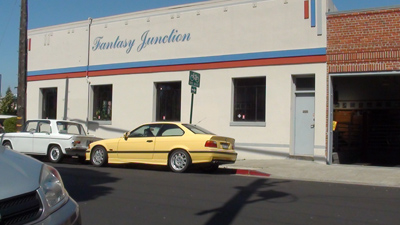 My next stop was to head over to Emoryville, to Fantasy Junction. Bruce Trenery has owned this establishment for many years, and has moved a lot of Ferraris through his shop. 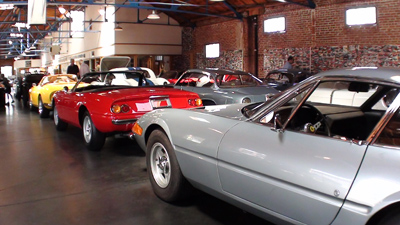 Bruce was hosting an open house that evening, but was happy to have me stop by earlier in the day to see the cars in his inventory. 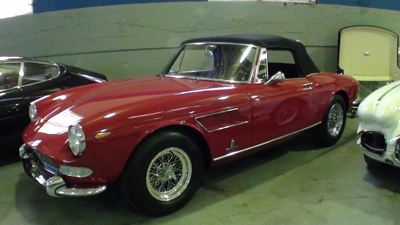 When I met Bruce in Monterey, he told me about a 275GTS he had in his inventory, and I was welcome to stop by and inspect it. This car came with a very rare hard top included with the sale, but according to the guys at the shop, it’s even more cumbersome to remove and install than a Mercedes hard top from the same era! 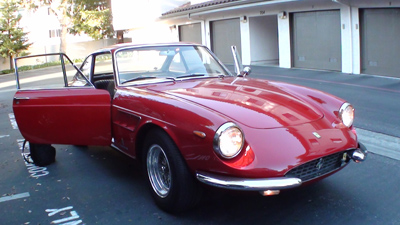 As my departure time to catch the red-eye back to NY came near, I had one more stop to make, and that was to inspect a 330GTC that may be coming to market. It belongs to another friend of mine that is thinking it’s time to cut his Ferrari loose. I wanted to personally inspect, drive, and perform a compression test on the engine before leaving for NY. If you’re interested in a decent driver GTC, e-mail me. This might be the one.

I caught my flight out of SFO (SJC flight delayed, so I jumped on the SFO flight), and made it back to NYC after 10 days away from home. What a long trip, but pretty satisfying and educational. I made some new friends, got together with old ones, and won an award with a car I had everything to do with. I’d say mission accomplished.