Ups and Downs of Ferraris 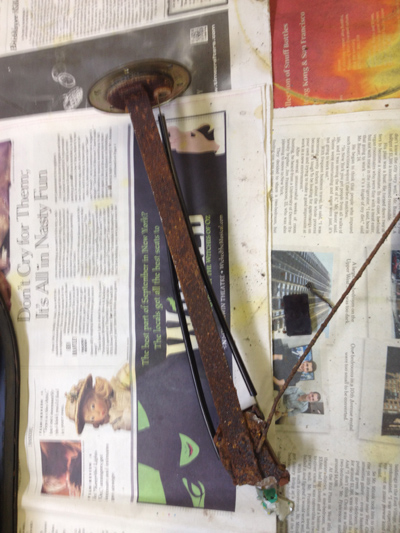 I ended last week a little down when the black 330 had an erratic fuel gauge. I spent the weekend mulling over what was wrong, and something just didn’t seem right. The needle to the fuel gauge would jump all over the place, but I started to think it was probably the sender causing all the problems. Getting the sender out was the only way to be sure, so I carefully removed the screws securing the sender. As I fished the unit out of the gas tank, it became obvious this was the source of the problem. The red herring was intermittent signal that was making the gauge jump all over the place. It seemed to jump only when the gauge was tapped, but it was only a coincidence. The corrosion on the sender was making the resistance change, giving an erratic reading. I know it’s another delay, but old cars have a tendency to do these things. I hope the owner understands! 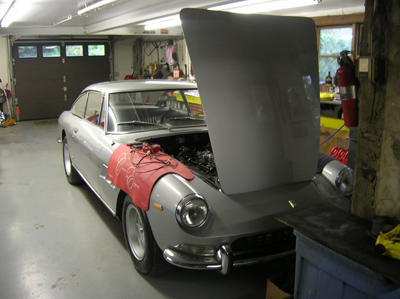 The other 330 was so close to getting shipped out this week, when Francois came back to the shop looking for the tow strap. He was test driving the Ferrari when he had an electrical problem that shut the car off. When he looked under the hood, he found some kind of dead short even with the ignition turned off. Luckily, he was just down the street when he pulled the car over at a neighbor’s house. It was late in the day and after a half an hour of trying to find the problem, I went home defeated and disgusted!

The next day, I was determined to find the problem, but had to first figure out where to start. I pulled all the fuses looking for the short, but found it was still happening!? There are only a few circuits in a Vintage Ferrari that are hot all the the time, the starter, the ammeter feeds, the alternator, and the ignition switch. I methodically checked all these circuits until I narrowed it down to the ignition switch. As I got closer to the root of the problem, I started finding the short circuit changing in duration!? I finally traced a wire leading to behind the radio, and took the center console out. 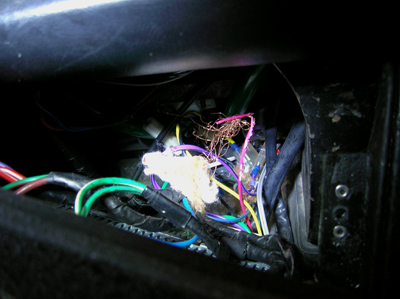 As soon as I looked behind the console, I found the problem. The 12 volt supply wire to the radio was completely frayed and grounding out. From the bedding and chewed up wiring, it was obvious a mouse was trying to build a nest and feasted of the wiring behind the radio! The changing short circuit was from the little wires burning out from grounding out as I applied small amounts of voltage looking for this short. Thankfully, the mouse only chewed this one wire, and left the rest of the wiring and interior alone. I fixed the wiring, reinstalled the center console, and put the car back on track to heading to her new home! 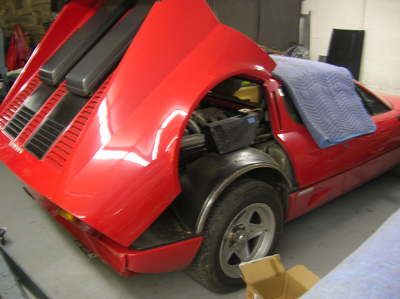 We had a pretty busy week at the shop and were working on several projects at the same time. A new one was a Ferrari 512BBi that needed a major service. Modern Ferraris (modern to me, even though this one is 30 years old!) have timing belts that have a service interval that every owner feels ticking away in the background of their ownership. There are many different opinions on how many miles or years this interval is, but we knew this car was well overdue. 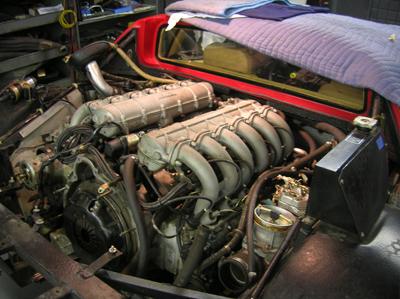 On a Berlinetta Boxer, a major service requires the engine to be removed to replace the timing belt along with several other “might as wells” while the engine is out. This car will also need a new clutch and fuel lines, but before any of this work was done, we had to disconnect EVERYTHING! I didn’t know what was worse, the work we had to do, or the bill to pay for it! 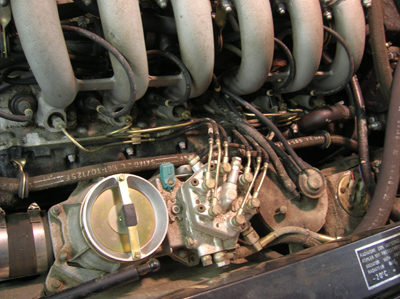 This was an fuel injected version of the Boxer, so some of the injection system had to be disconnected. It was obvious Ferrari spent very little time designing these parts for ease of disassembly. I’ll stick to owning my relatively simple Columbo V-12 engine, thank you very much!