A Queen has Arrived, and 330 Engine Rebuild 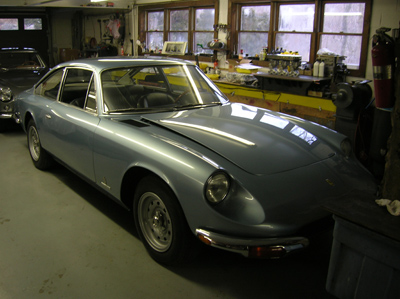 An old friend arrived at the shop the other day, but you might not recognize her. This 365GT 2+2 is owned by my friend Mark, and the two of us spent a few days traveling to Cavallino several years ago, but in those days the car was red. Mark drove the car out to California last year with the plans to have fellow restorer Zac Dugger paint the car and prep it for the FCA National show in Palm Desert last Fall. The car made it to the show with a beautiful paint job, but we started noticing issues with the way the engine was running. Mark wanted to address these issues with the car back on the East Coast, so we had the car sent from Zac’s shop to me last week. 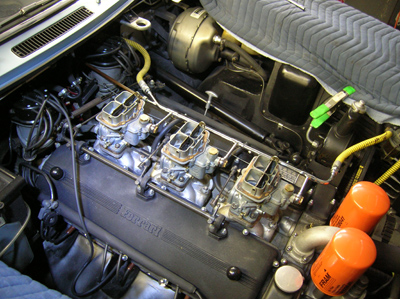 Zac and I had a couple of discussions about what he found and the work he did to get the car running well enough to drive around California while Mark and his wife were out for the FCA National Event, but more investigation was needed. In talking with Mark about his car, I found he never really had any major work done with the engine, and when I asked when the last time he had a “tune up” Mark couldn’t remember, so my first plan of action was to get the car running as best as I could. 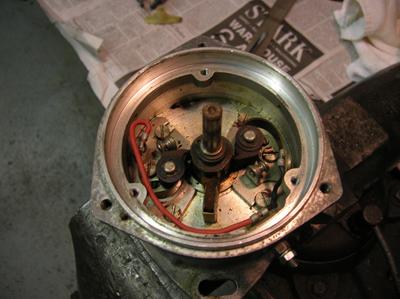 The first problem I found was mismatched points in the two distributors. One set was almost closed and totally out of adjustment. Since the color of the wires were different, I would assume sometime in its life, one set was replaced, while the other set was cleaned and reused. All the points were pitted and worn beyond service, so I installed new points, set dwell, and phased the distributors on the Sun Distributor Machine.

I think with the daily use of modern cars, we tend forget the need for regular service on Vintage cars. Checking point gaps on breaker ignitions should be done every 5-6 thousand miles and if you’re used to driving modern cars, it’s easy to forget this routine service interval. Mark has driven this car for over 30K miles during his ownership, and it was amazing it has been so reliable despite the lack of ignition service! 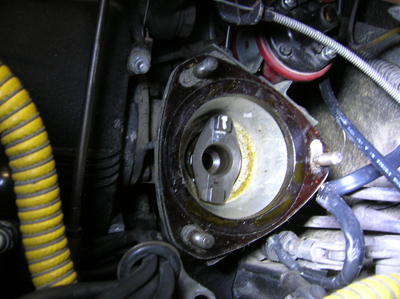 The 7/12 distributor drive showed some oil inside the housing which meant the oil seal needed replacing, so a new one was installed. If theses seals are left to leak, the oil can find its way up into the distributor housing and foul the points. 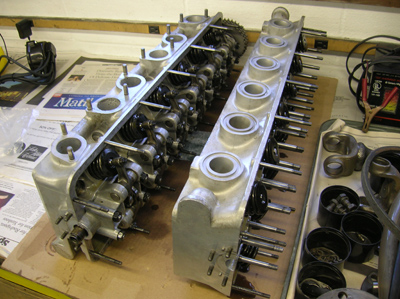 The work continued on the  engine rebuild at the shop with my assembling the heads by installing the valves and rocker assemblies. I checked the spring heights to make sure the right specifications were followed by the machine shop before installing the springs and rockers. 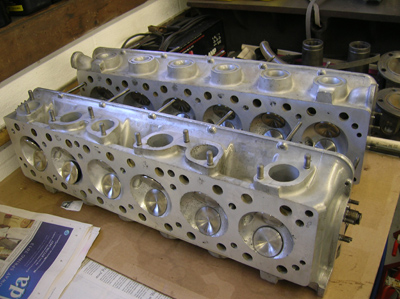 Once the rockers were installed, and the valve lash was set, I had to very careful not to put the heads flat on the workbench because it would be very easy to bend a valve at this point.