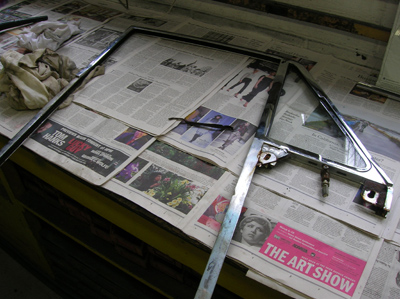 I removed the window frames from the GTC this week. The vent windows will have to come apart before I send them out to the chrome plater. 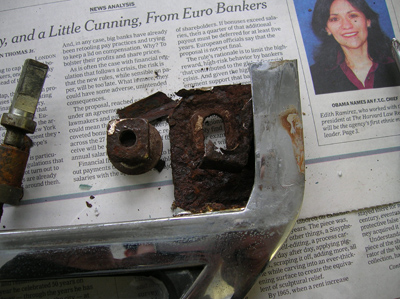 I will also have to fix one capture nut assembly that had nearly rusted completely away. 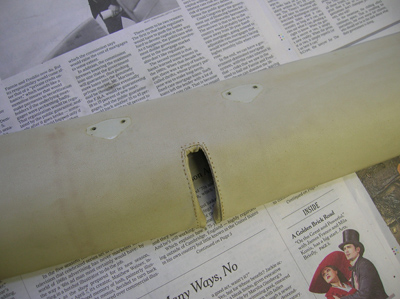 Interior trim pieces had to be removed before I tackled the next job of removing the front and rear glass. I think a lot of the vinyl on this car can be cleaned and saved instead of being replaced. 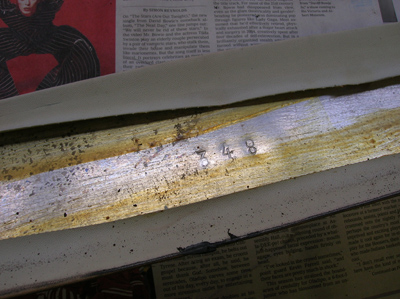 I looked for the PF number stamped on the inner panels and they for the most part matched. 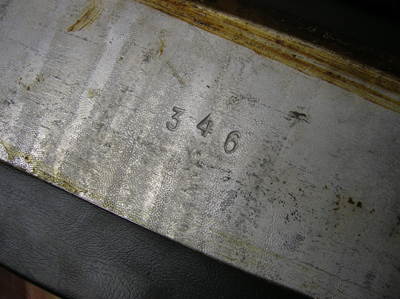 I found one panel with a “346” instead of “348” which was on all the other panels. I imagined one of the workers at the Pininfarina factory coming back from lunch and grabbing a panel from an adjacent car and inadvertently installed it on this car. 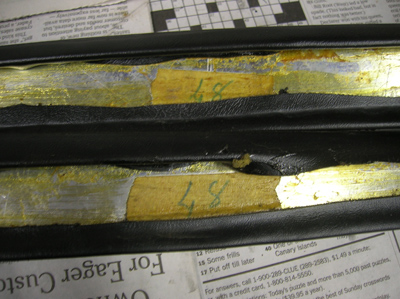 I had enough proof that “348” was the number meant for this car. Hand written short hand in colored pencil the number “”48” were found on these pieces. 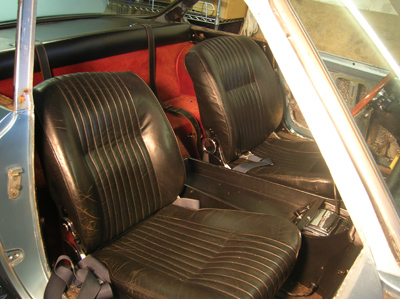 The interior was next to be removed. 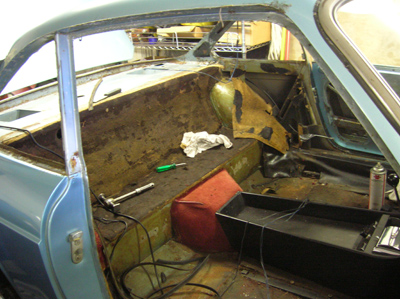 With the seats out of the way, it was a lot easier to maneuver around to pull the carpets and rear package shelf. 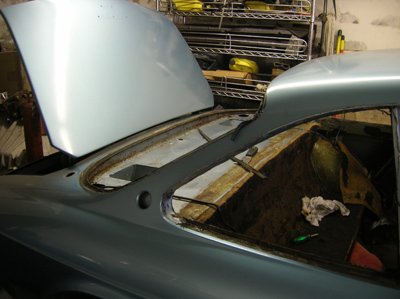 After all the work on the interior panels and carpets, I could finally pull the front and rear windshields. There’s always the risk of breaking a piece of glass when removing it, but I took special care and worked slowly to avoid a $2000 dollar replacement! 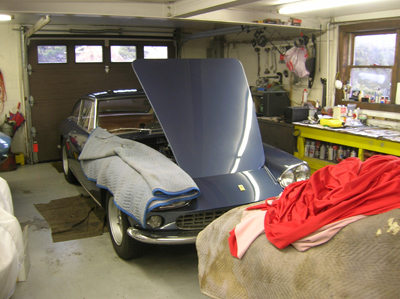 My friend Yale called me last Saturday with an emergency. He was out driving his Ferrari when it suddenly cut out. When he went to restart, nothing happened. We went though the usual roadside diagnostics, and he found a loose battery cable. Unfortunately, this was not the complete solution to his problem. Even with the battery cable securely attached, the starter was not engaging. After several attempts, he managed to get it started and decided to take it to our shop to have a look.

Yale seems to have a ton of bad luck with this car, but I was determined to change it on this car. The loose battery connection seemed to be unrelated to the starter issue, but with Yale’s luck, it happened concurrently! When Francois initially looked at the car, he couldn’t recreate the problem, but on a cold morning last week, I finally experienced the no start issue. I eventually found it was a loose connection on the starter solenoid. 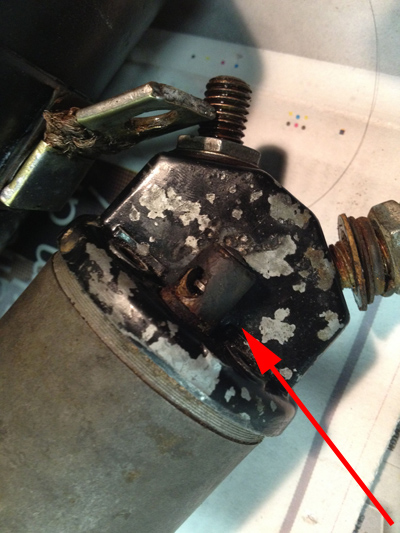 This is a picture of an old solenoid we had to illustrate the problem. The arrow points to the lug that the starter circuit connects to. This lug was loose, and it looked like a bushing inside was gone. No matter how tight the screw securing the starter wire was turned, the lug would remain loose. This connection caused the intermittent problem. 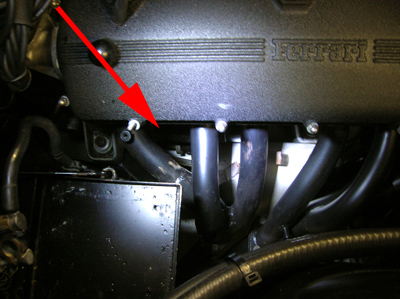 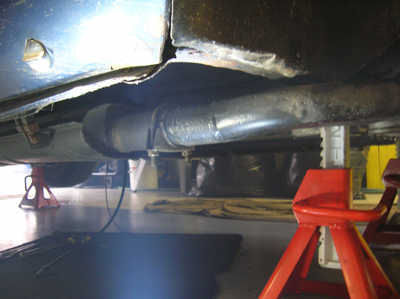 Since the car was already at the shop, Yale asked me to try and figure out why his speedometer wasn’t working. I put the car on jack stands to run the car in gear to see if the speedo cable was turning, but when I started the car, the garage quickly filled up with exhaust gas despite the open door. Looking underneath the car, I found a huge exhaust leak around one of the pipe clamps. I called Yale to ask if he noticed the smell of exhaust inside the car. He said, “No, but I did get sick a few weeks ago after driving the car!” I told him I found his problem, and whatever brain cells he had left were now saved!