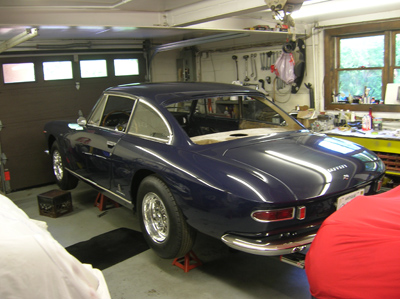 I started out the week with a Series I 330GT. We rebuilt the engine for this car and the owner installed it in his car. The plan was to bring the car down to our shop so we would install the transmission and drive shaft for the initial start up and tuning. 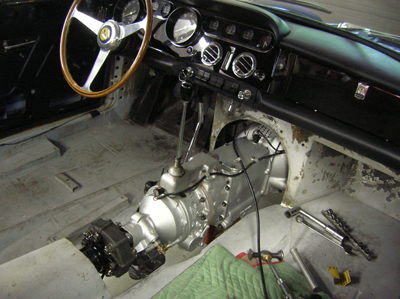 The transmission went in without much of a hitch, but the rear transmission mounts the owner bought were a little short. We had to fabricate a spacer to make up the difference so everything would line up correctly. 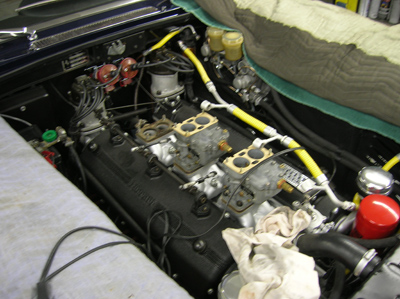 After everything was connected and checked, we fired up the engine, but it soon became obvious something was wrong with one of the carburetors. One of the first things to do on an initial engine startup after we checked the timing at idle is to check the balance of each carburetor to all the others. The rear most carb would not respond to the throttle plate adjustment screw, so we removed the unit for a closer look. 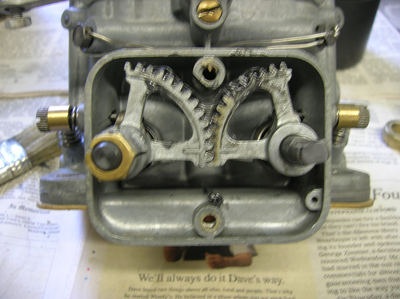 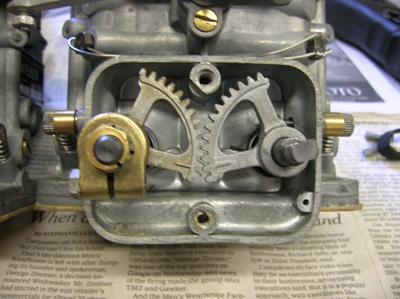 On the troublesome carb, we found the sector gear to be out of position, and not allowing the marks to line up. On closer inspection, we found the throttle shaft incorrectly installed and out of position. The owner had the throttle shafts replaced with oversized shafts to repair a common problem with worn throttle shafts. When the sector gear was installed to the new shaft, it was out of position by a few of degrees. This error caused the one throttle plate to bottom out in the bore prematurely, and wouldn’t allow the throttle plate to open fully when connected to the other throttle shaft. Unfortunately, with new throttle shafts and inaccessible hardened roll pins, we have some tricky machine work ahead of us. Luckily, the owner supplied us with a extra sector gear, so if we have problems, we may be able to start all over by building a new assembly from the spare parts we have on hand. With what started a a straight forward engine installation turned out to be a whole lot more! 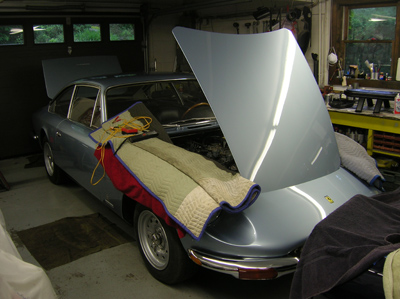 I have a 365GT 2+2 at the shop that is heading for the FCA National event in two weeks. I’ve had a list of things that needed completion before this show with the intention of Mark driving across the country in this car to Wisconsin to join the the festivities. When I took on this project several months ago we had a couple of mechanical issues to solve, but once we got the engine running in correct tune, the rest of the issues were a matter of ordering parts and installing them. I felt reasonably sure I could make the deadline if all the parts came in on time. I sent some parts out for cadmium plating, repainted some things in the engine compartment, and sent the car out for new carpeting and door panels, but the big delay was in the front and rear window gaskets. 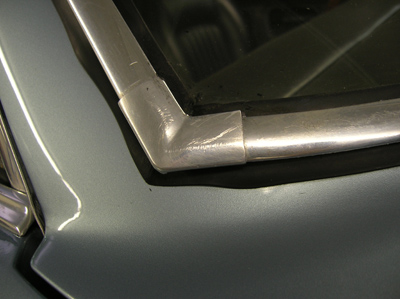 When Mark had the car painted at my friend Zac’s shop, the gasket supplied by one of the usual Ferrari suppliers didn’t fit so well. Zac struggled to get this gasket to fit the car, but no one was happy with the final result. 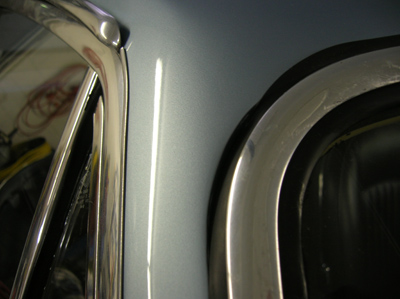 There were large gaps between the body and the windshield allowing water to get inside the car. 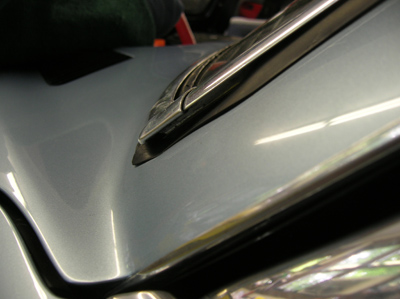 Although Zac tried his best to make this gasket work in time for the last Ferrari Club Meet in California, he simply ran out of time, so when the car came back to the East Coast, I was left with the task of making it right. After researching the source of this poorly fitting gasket, and who was supplying a gasket that was supposedly a correct fit, I ordered a new front and rear gasket several months ago. After waiting and checking every week for a few months, the gasket finally arrived this week, so I pulled the car out of the upholsterer’s shop to get this gasket installed. Since there was so many problems with the other gasket, I needed to assure myself this new one would fit properly. 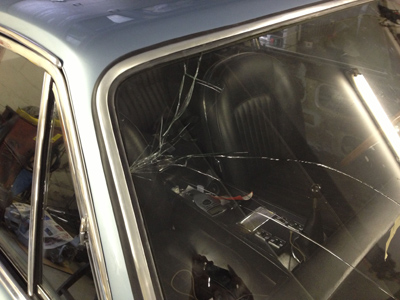 Francois and I took out the old gasket, installed the new one, and began the careful process of installing the new gasket. Things were looking good with the installation, when the windshield cracked! Installing a windshield is tricky work, and although I’ve installed dozens over the years with Francois and he’s installed many more, there was always a risk of breakage, but this was a really bad time. As I stared at the crack in disbelief, Francois immediately got on the phone to look for a replacement. I was trying to figure out how to tell the owner we may not make the Ferrari Show when Francois found a new windshield that would ship out on the following Monday. There was still hope.

I went home on Friday with a mix of emotions. On one hand, I was destroyed by how all my hard work and scheduling was sunk by this cracked windshield, and on the other hand I was faced with a huge hustle in the next two weeks to make things right. I’m familiar with set backs like this working on Ferraris and have overcome them before, but it doesn’t make it any easier!