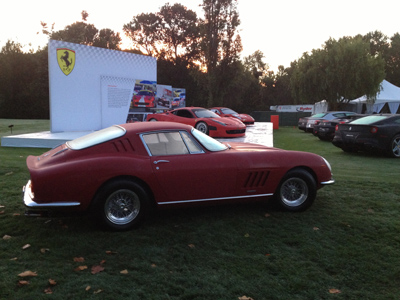 I promised Garrett, the guy in charge of placing the Ferraris, that I would be back at 6 am to move the cars since a decision had not been made exactly where to place them. It seemed odd he wanted to place them at the very back of the show field, but who was I to argue? I was busy enough trying to wipe off all the dew that had collected on the cars overnight. 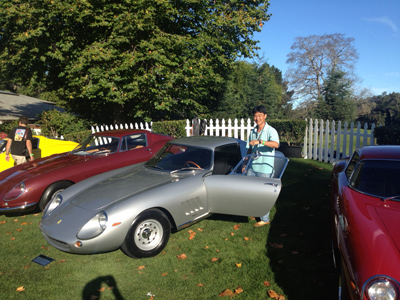 The decision was made to put the GTBs in the far corner of the show field, and I politely obliged, although I knew my clients would not be happy. At this level of showing cars, everyone wants to be top dog but not everyone gets priority placement, so thankfully I wasn’t responsible with making the decisions. My job was to look after these two cars and make sure my clients were happy to the best of my ability. Oh, yeah, and try to enjoy the day! 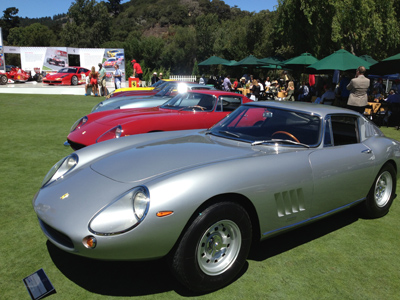 After a couple of hours into the show, people started scrambling at our side of the lawn. The organizers were looking for all the owners of the GTBs to move them again! I’m not sure who had the power to make this change, but I suspect with enough disappointed owners and a couple of words from the Ferrari Factory people, something was done. Whatever the case, everyone was much happier with the new placement despite my having to move the cars three times! 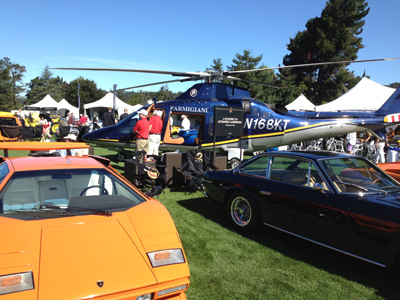 There are plenty of blogs out there reporting on the Quail Motorsports gathering, so I won’t bore you with the details. This year’s ticket prices have gone to $550 dollars each, but it didn’t seem to deter the attendance. There seemed to be even more people taking part in the unlimited food and drink being offered at several tents around the show field than years past. As always, the service was top notch, and the food was very good. It was still the hottest ticket on the Peninsula, and I was lucky to attend. 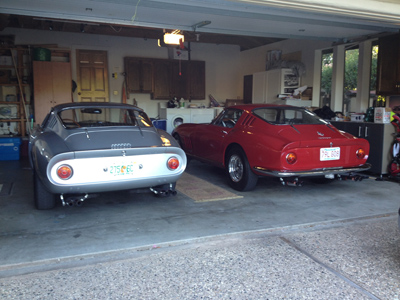 The traffic leaving the event, however, turned into a nightmare. I heard a transporter turned over out on Highway 1 north of Carmel just after lunch, causing massive delays that backed up all the way down Carmel Valley Road to Quail Lodge when everyone wanted to leave. Add to this mix a bunch of truck drivers rushing to get their cars loaded at the end of the show and you can imagine the grid lock. I only had to move the cars a couple of blocks away to a private garage, but the traffic wasn’t moving at all. I got both cars out of the cue and parked to move them later. The last thing a Ferrari owner wants to do is to overheat a 2 million dollar car in front of a dozen smart phones ready to post pictures on the Internet!