Arriving for the Targa Florio! 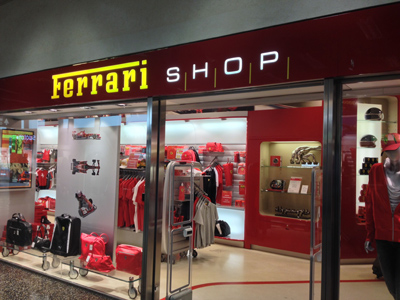 When I landed in Milan from NY there was a Ferrari Shop right in the airport terminal. It was just the first sign of how much this brand means to the Italian Public! 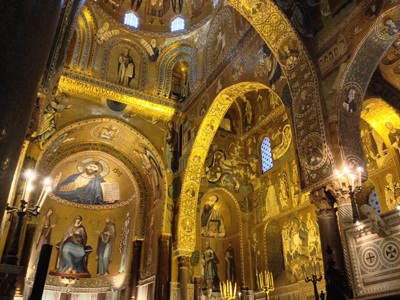 There wasn’t much time to sightsee in Palermo from the time we landed to the start of the rally, but I managed to at least see the Royal Palace. The mix several cultures is evident in their architectural styles and themes. If I were to do it again, I would have stayed for a few extra days to play tourist, but it was very hard for me to concentrate on history and art when all I could think about was the Targa Florio! 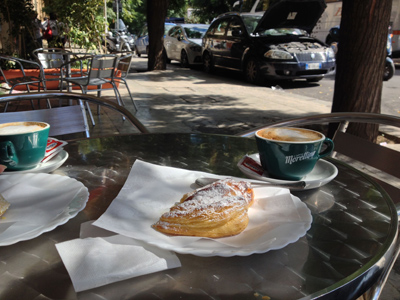 Whenever I’m in Italy, I seem to consume twice as much caffeine and pastries but it’s no wonder, there are tasty treats to be had every few blocks. Within 12 hours of landing in Palermo, I already sampled the Sicilian Ricotta, and Sea Urchin Pasta, but not at the same time! 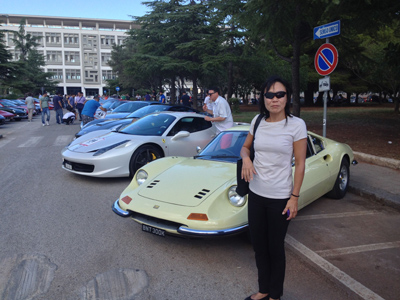 As I planned this trip to Sicily, my sister Judy decided to tag along. She had business in Europe, and arranged her schedule to meet in Sicily before her business trip. She originally was going to ride in a support vehicle with friends that were going to run the Targa Florio Classic, but that team canceled their plans when the Mac Group pulled the plug. Judy decided to make the most of it and at the very least, she would enjoy the sights of Sicily while I drove the Targa in a Ferrari! 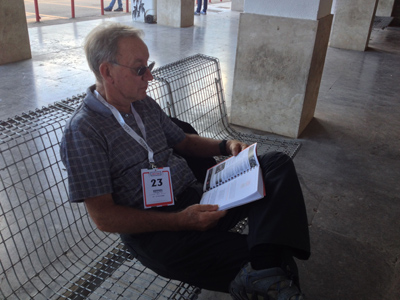 I invited a friend of mine from the US to be my co-driver. Bob owns several vintage race cars and a 275GTB I helped restore a few years ago, and I felt this would be a perfect introduction for him to see what road rallying was about. Here he is trying to make sense of the road book. This book is the guide to all the turns and distances for the three day rally. Whoever wasn’t driving would have to read this book, decipher the symbols, and shout out the directions to keep from getting lost in the back roads of Sicily. Needless to say, it was a little intimidating when neither one of us had done this sort of thing before! 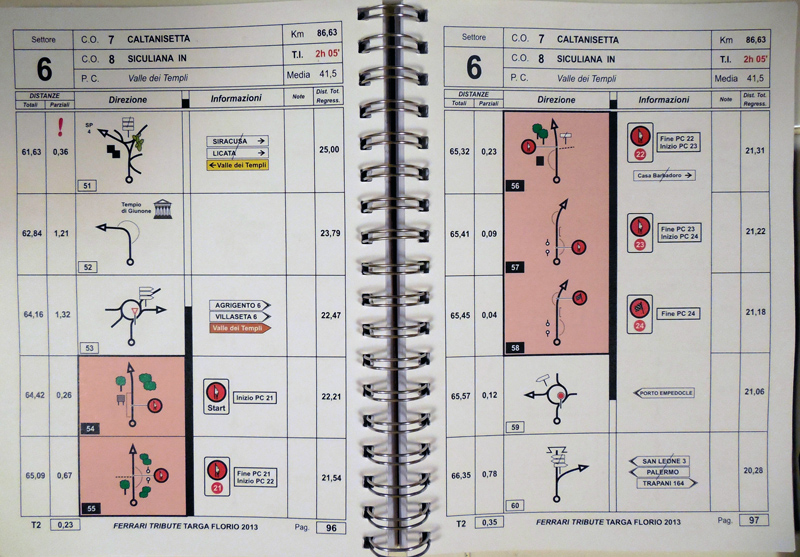 The first time I looked inside the book, cold fear swept through my body. I didn’t know what job was going to harder, driving the car on Italian Roads, or trying to make sense of all the symbols and numbers inside this book. I kept on a calm facade and assured Bob it wasn’t going to be too hard, but I was worried for the both of us! Even if we weren’t concerned about our points standing, we would still have to decipher the book to get to each destination set about 100km apart. Some of these stops were for food and lodging, and missing those would not be fun! 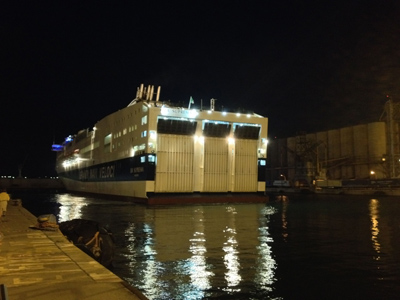 Chris and his girlfriend arrived on Wednesday night by ferry, and I headed down to the docks to meet them and off load the cars. 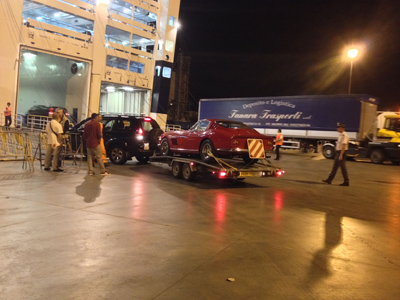 Other rally participants were also on the same ship, so when I saw this 275GTB come down the ramp, I knew we were in the right place!