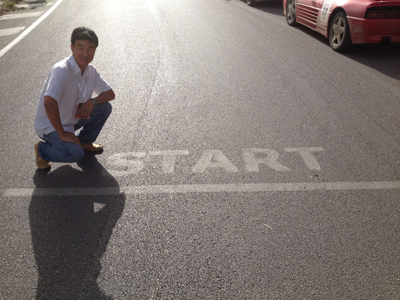 One week in Italy and it was a lot to absorb. I have a bunch of people to thank, but the first person on the list would be Chris for inviting me on this Rally. I never thought I would have a chance to do a European Rally, and to drive the Targa Florio for the first time with Ferrari was never in my dreams. When we heard the Targa Florio Classic was being canceled, Chris scrambled to find and buy a Mondial for the soul purpose of resurrecting our trip. His efforts made us the only American Team in the whole Targa Florio. Others were registered, but dropped out when the logistics became too complicated. I was grateful to simply have the opportunity to go to Sicily, so what Chris did was over and beyond anyone’s expectations. 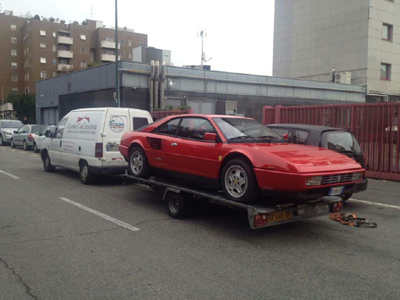 I also have to thank Pietro, the man on the other end of Chris’ demands to find a suitable car for the Targa Florio: Ferrari Tribute event. With less than a week, he sorted through several candidates and picked a car that not only survived the three days of driving on varying road conditions,  but was ready for another one without much need for any repair! We both agreed along with Pietro’s skill, there was a certain level of luck behind us finding a car in such short notice. When Pietro inspected the car, it looked good, but one of the reasons for the previous owner was selling the Mondial was because it needed a new clutch! With three days to go, Pietro pulled the transmission, changed the clutch, and delivered the car for the Targa! That was a true testament to his dedication to his craft.

Pietro is an old hand at this kind of stuff and runs www.classiccarcharter.com that supports rallies like the Targa and Mille Miglia. Even though his website is in Italian, he speaks fluent English and can obviously get things done for you in Italy. He not only gives car support, but can also rent you a car for the event! If you’re thinking of driving an Italian Rally Event, Pietro’s company could be the cheapest price for entry without having to buy a car. Chris is thinking of keeping his Mondial with Pietro for his inventory for events like the Targa Florio! E-mail Pietro for information on how he can help you with any Italian Rally needs.

I’ve said it before, but I also owe thanks to Ferrari SpA for pulling together the whole Targa Florio Event and not just their Ferrari Tribute Event. They absorbed all the costs associated with the event despite MAC Group leaving a lot of unpaid bills. No time during our trip was there ever a question from any of the vendors about reservations or payment. Ferrari seamlessly made it all happen. Thanks for making this trip so memorable.

I got back to the US tired and coming down with a cold, but it was well worth it. I was reinvigorated to get back to work on some old Ferraris, but what a great trip!