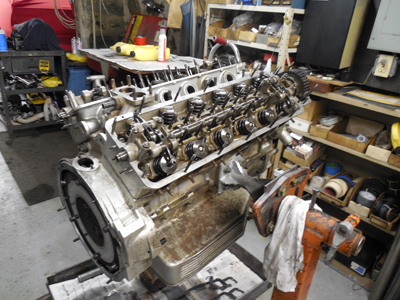 We pulled the engine out of the 330 and I started the disassembly. When the engine was in the car, I noticed a couple of anomalies and was waiting to disassemble the engine to check out my suspicions. 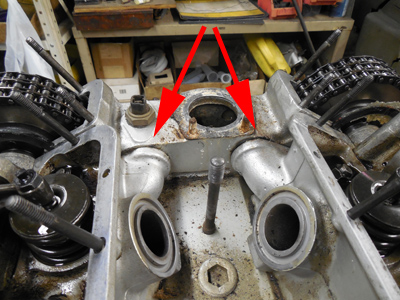 At the front of a Colombo V12 engine, each head has a water passage that connects it to the cooling system. 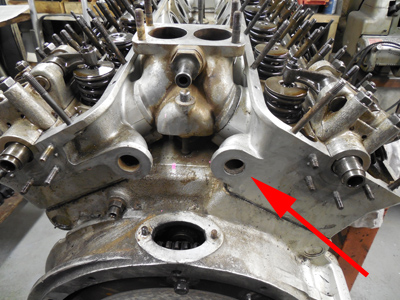 At the rear of the engine, only one water passage is needed to feed the heating system on a 330. The strange thing was one water passage was blocked off with a pipe plug. Ferrari heads were cast at their foundry so they could be used for both sides of the engine depending on how it was machined. Normally, if this head were used for the 1/6 bank, this water passage would not have been opened and the cast aluminum would have been intact. Having this passage opened and then plugged up meant perhaps this head my not have begun its life as a 1/6 head. Still with me? 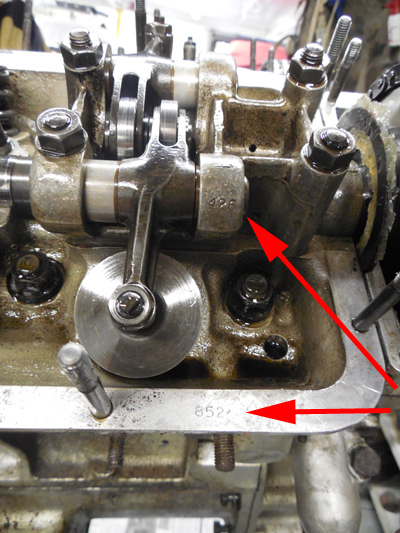 More clues that supported mismatched parts was the discrepancy between the rocker stands and the heads. Normally, the rockers are stamped with the corresponding numbers on the heads. The 1/6 bank, again, didn’t match. 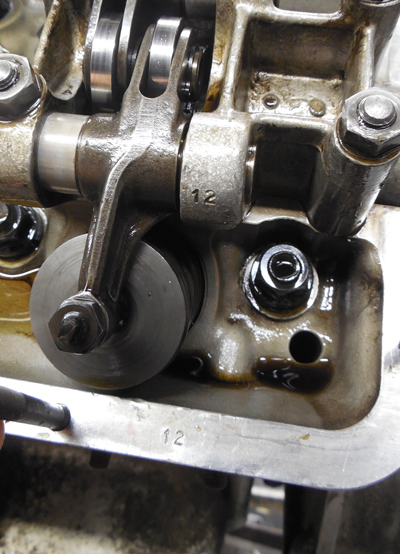 Luckily, the 7/12 bank had matching numbers so the right bank looks original.

I may never know why this engine lost its original 1/6 head, but as I tear further into this engine, maybe we’ll find some answers. Kerry’s 330GT Registry shows this car was restored sometime in the 90s, and perhaps that was when the engine was “rebuilt.” Hmmmm. 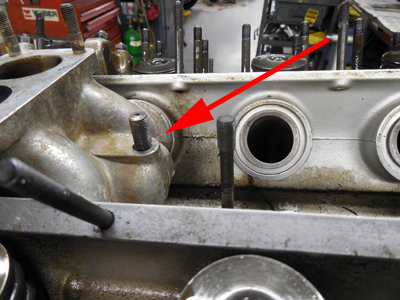 The intake studs sit a little high on this engine where they protrude past than the top of the intakes. The previous re builder shimmed the space with washers, but we’d like to do a nicer job. I took notes during the disassembly so we could address these issues when everything goes back together. 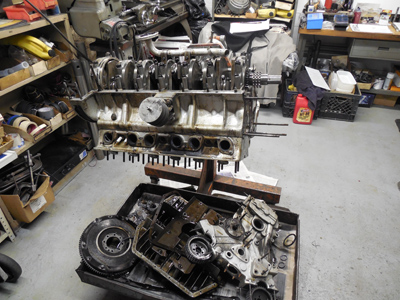 With the timing chest removed along with the flywheel it was time to take off the heads. 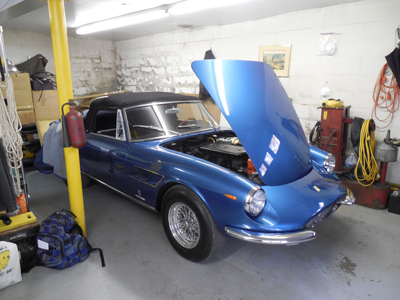 On the other side of the shop we welcomed a new customer and his nice 330GTS. 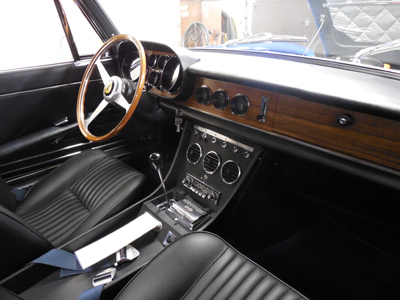 Francois took the car out for spin and said it was a nice driving car. Everything seemed to be as it should, and it looks like the owner has a very nice example of what I consider the best all around Vintage Ferrari. 330GTSs have good torquey power, nice balance from a rear mounted transaxle, a classic Ferrari gated shifter, excellent brakes, and a convertible as well. What’s there not to like? 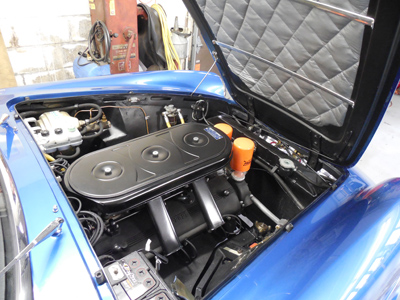 There was a list of things the owner wanted fix along with a full service and tune up. This is a great way for us to get acquainted with a new car and catch anything wrong with the car. 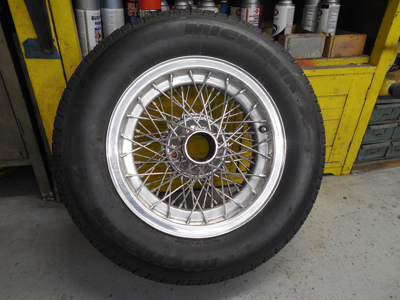 Francois had Maserati at the shop the other day that had some strange tire rubbing issues. On closer inspection, we found the wheel broke right at the hub! 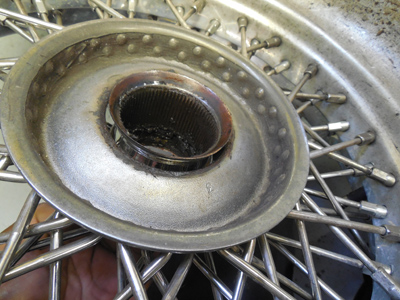 Neither Francois nor I have seen this before, but this Borrani wheel failed right at the hub. It looks like too much material was removed during a previous rebuild to rechrome the hub, and was weakened enough to eventually break cleanly at the hub. 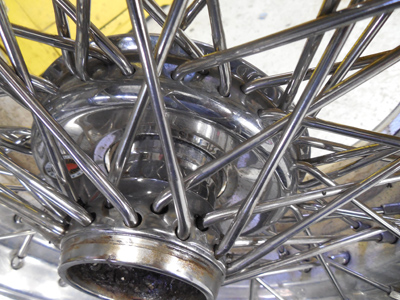 Fortunately, the break happened when the car was being moved in the driveway and not while traveling at a high rate of speed. I shudder to think of what could have happened.