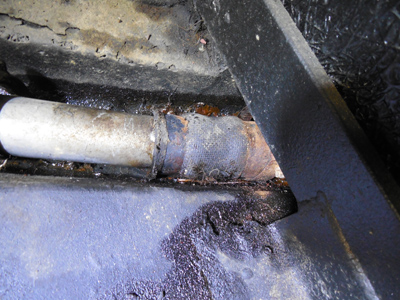 I removed the bridge pipe that connected the two fuel tanks together on the 365GT 2+2 at the shop. Just from the looks and feel of the hose, I suspected this was source of the fuel leaks. 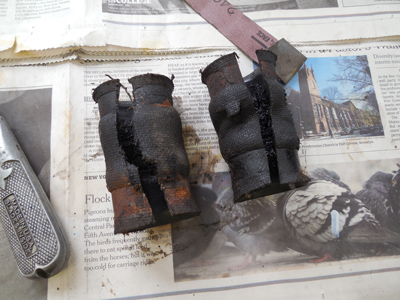 Both soft hoses were cut out and opened for inspection. 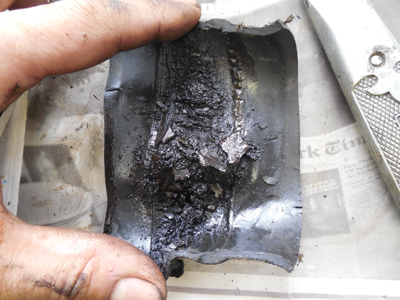 The deterioration is not surprising as I’ve seen this before. The sections of rubber exposed to the fuel can be seen being eaten away by the gasoline. The smooth rubber portions were the areas touching the pipes and secured by the hose clamps. Some of this damage can be the result of age but I also suspect something in modern fuel is accelerating this corrosion on the old hoses. The replacement hoses are supposed to be more compatible with modern fuels. 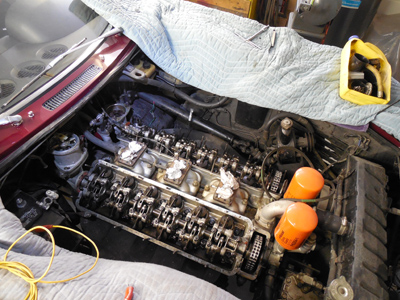 The valve covers were removed for an inspection and valve adjustment. 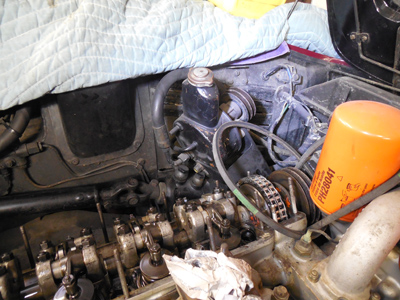 Removal of the driver’s side valve cover was a little more involved because the power steering pump needed to me moved out of the way. This was a good time to replace some of the accessory belts, but that wasn’t so easy… 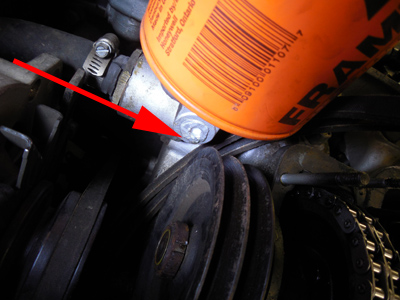 The clearance between the P/S drive pulley and the oil filter stand was too close to get the belt off. The only solution was to take the pulley off, but care had to be taken not to drop the drive coupling down into the timing chain cover. It’s little nuggets of information that if missed, can really ruin your day! 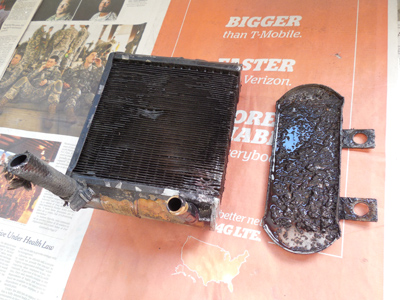 Another leak on this car was coming from the power steering fluid cooler. I suspected the oil lines were leaking at the clamp, but it looked like it had been leaking for a while from the dirt and grime around the cooler. On closer inspection, the bottom plate to the cooler had come unsoldered. 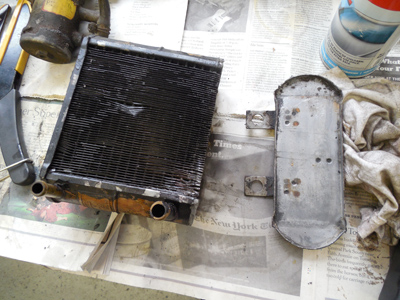 With the cooler off the car, I can send the cooler out for pressure testing and have the bottom plate reattached.