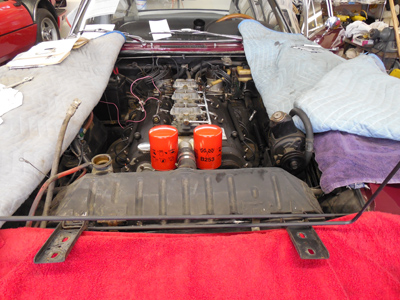 The work continued on the 365 GT 2+2. I fired up the engine after the valve adjustment, set the timing, and started the carburetor tuning, but soon found another problem that needed addressing. 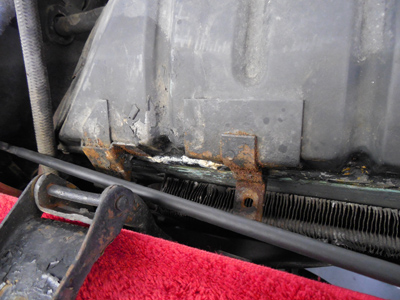 A seam on the radiator started steaming once the engine got to operating temperature. The only solution was to stop what I was doing to remove the hood to take the radiator out and have the leak fixed. It’ll be up to the radiator shop to see if the core is salvageable and patched, or if a new core is in order. 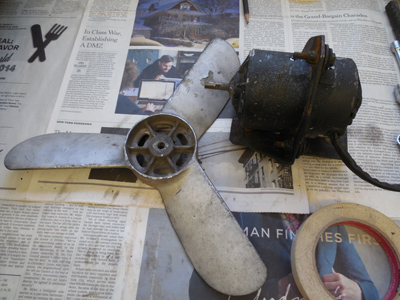 As the engine reached full operating temperature, I checked the cooling fans and heard a horrible noise coming from one of the dual cooling fans. A bearing in one of the fans was bad and with the radiator removed, it was a lot easier to pull the fan. 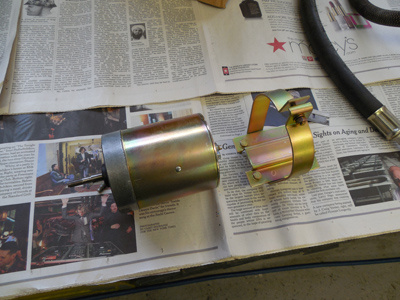 A new replacement motor is available with an adapter bracket and was the cheaper alternative to having the original one rebuilt. The owner will put the original one in a box and perhaps rebuild it when it becomes worth the expense. 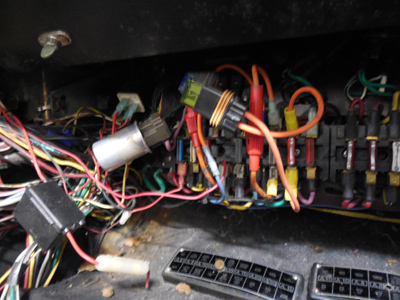 The electrics on this car continues to challenge us. The list of electrical issues included, inoperative left window motor, intermittent stop lights and fuel pump, no headlights, parking lights, and turn signals. I started to diagnose some of the issues, and found some clues to solve some of the problems, but decided to bring in a specialist. Our electrician is much better at finding tricky issues and would allow me to work on some of the other issues on this car. 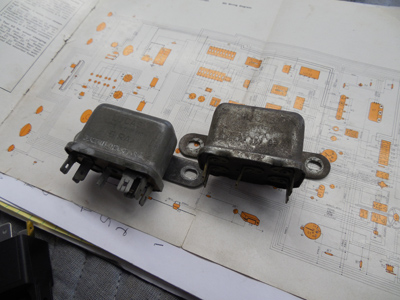 The intermittent electrical problems were traced to a poor connection at a terminal board, but the headlight issues was a little harder to find. As you can see from the previous photo, the fuse panel had been butchered and modified to try and resolve these issues with little success. Eventually, we found the light issue tied to a faulty relay, but it was compounded by a bad connection at the fuse panel. Ferrari used Lucas relays, and without taking time to tell some Lucas jokes, I still had to find a replacement. Luckily, we had a good one in our box of spare parts. 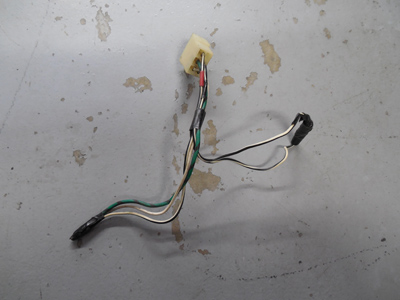 When it came down to finding out why the turn signals weren’t working, we first had to decipher the wiring diagram. By the late 60s, cars built for the American market required a four way flasher so Ferrari had to find a way to make this work on their cars. There is very little documentation on how this was done, and after a Lucas flasher unit failed on this car, the previous owner decided to simply eliminate the problem with some wire cutters. Needless to say, finding the components, figuring out how it was wired, and then figuring out what was broken was quite a challenge. 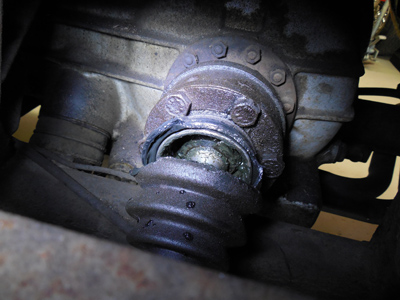 While I was sorting out the fuel pump at the back of he car, I noticed a split one of the constant velocity joint boots. The grease looked pretty clean, so I think a good cleaning, packing new grease, and replacing the bad boot should fix this issue. The other boots looked to be in good shape. 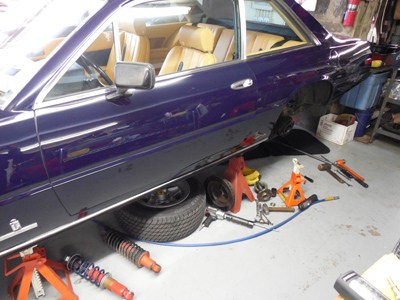 On the other side of the shop, I had a 400GT to finish up. It’s been tuned and the interior freshened up, but as we drove the car we noticed a definite growl coming from the rear of the car. Francois suspected a left rear wheel bearing, so when I put the car in the air, I could just feel a little roughness in the wheel when it was spun. Once the caliper was removed, the problem was definitely isolated to the hub bearings. 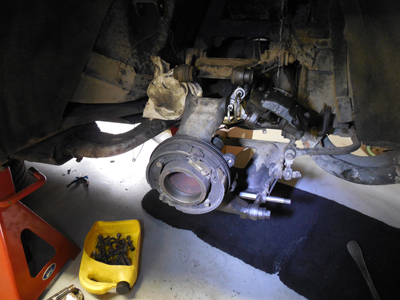 There was only one offending bearing of the two supporting the left rear axle, but we replaced both bearings. With one wearing out, it was probably over stressing the other one accelerating the wear.