A client of mine told me about a couple of cars he found on the border of Germany and France and asked if I would be interested in taking a look. Always up for an adventure, I asked him for more details. They were two project GTEs and my client had set a price after a couple of months of negotiations, but since these cars were largely disassembled, he wanted to send me to take a closer look.

I’ve been working very hard to complete a 330 engine at the shop, but knew we had find time to act on these Ferraris. The market is very volatile these days, and I’m finding buyer and sellers trade cars faster than most people can react when considering 6 figure price tags. My job was to assess the condition of the cars, take the best inventory I could on the parts, and give my client an idea on how much work would be needed to meet the client’s expectations. Each person’s vision is different, so the more I communicated with all the parties involved, the less chances for misunderstandings, but at some point we needed “feet on the ground” to inspect the cars in question. 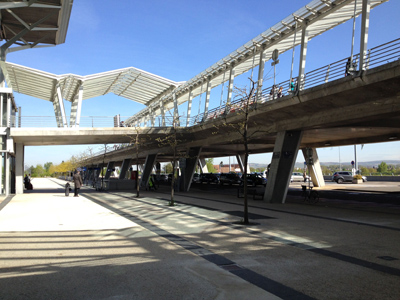 I arrived in Basel, a small city on the German and French border. It didn’t take long for my German contact to find me since I was the only Asian getting off the small turboprop commuter plane at the airport. We immediately set off to see the first GTE parked in a building in France. I did not ask for many details before my trip so I would stay neutral in my inspection. There was definitely a sense of intrigue as I got into the car on the French side of the Basel Airport to look at a Ferrari that had been parked for 30 years! 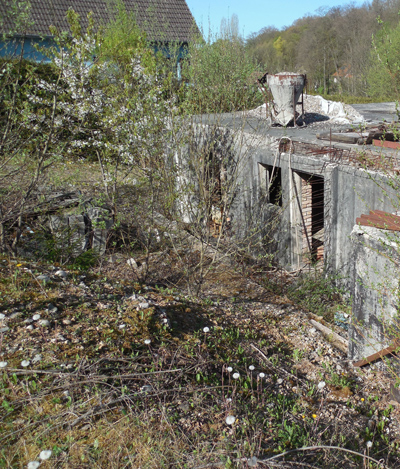 I was brought to a concrete building surrounded by overgrown vegetation. I wasn’t sure if we were going to see a Ferrari, or a crime scene where I would be the subject of the investigation, but I followed the owner into the building. 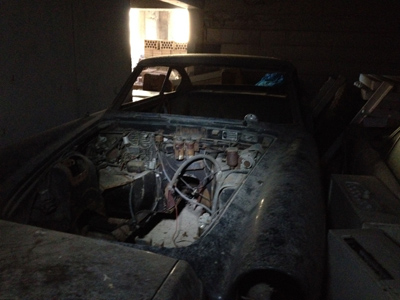 In the darkness, aided by flashlights, I found a green GTE covered in years of dust surrounded by several other cars. They all seemed to be waiting someday for the owner to get to them. It almost looked like the building was built around these cars, and after talking to the owner, it was close to the truth. This GTE was largely disassembled, and most of the parts were in storage at another location, but I tried my best to list the items I didn’t see, or would have to look for later that needed to go with this car. 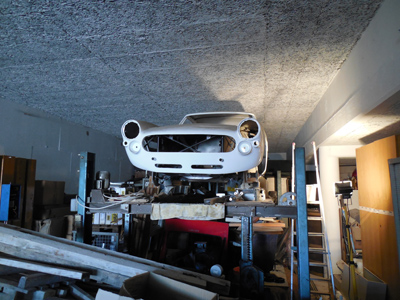 The second location was much better, and the car was in much better shape. It too was largely disassembled, but had been painted and was waiting reassembly. I spent may hours looking at engines, heads, clutches, seats, door panels, fuse panels, suspension components, and tons of other parts to try and put together a report in my mind for my client. Not only did I have to inventory all the parts, but I also had to assess what kind of work had already been done, and what would either have to be done again, or what was still useful after sitting for decades. There was also the logistics with even moving the cars out of their resting places and into a container heading for the States.

During my inspection, I saw many parallelisms with my 330 America when I found it in Virginia. My car too had been painted and disassembled. The owner and I chatted about all sorts of topics involving Ferraris, and it was nice to hear about all the same interests. Car guys are the same all over the world, and although we’re separated by language and culture, the cars bring us together! 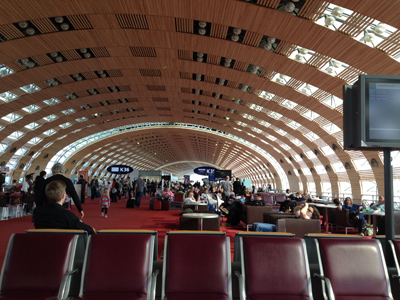 After spending about 24 hours in Basel, I headed back to NY with my mind spinning with visions of old Ferraris and the job of putting together these two GTEs. I spent the next several hours in airport terminals and airplanes staring off into space trying to formulate the logistics and costs involved with resurrecting these two Ferraris.  I am always up for a challenge and there was no doubt this would be a monumental task. The ultimate decision would come from the owner. We’ll see…