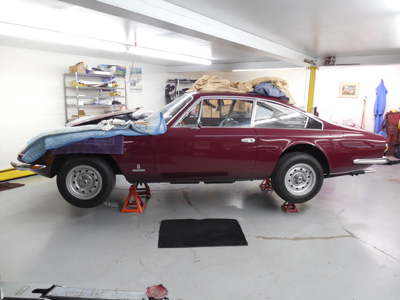 Work continued on the 365GT 2+2 we have at the shop. We’ve come a long way to sort out all the issues on this car, but there were still a few items left. 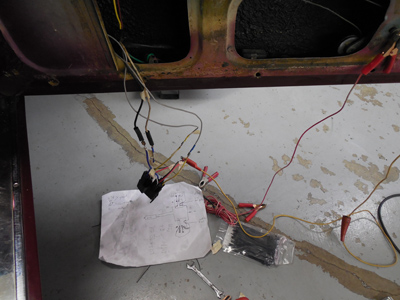 If you remember, this car had no internal window mechanism for the passenger side door, and parts from a couple of cars needed to be sourced to get the window working again. The last bit of the puzzle was to get the electric window motors to work. Since I was wiring up the door from scratch, I wanted to replace the older three wire motor with a more efficient two wire motor. The two wire motors have permanent magnets, and require a little less current to operate, putting less stress on the window switches. 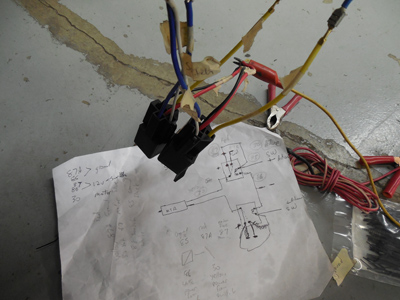 Wiring this motor required installing a set of relays inside the door by following a drawing my electrician drew up that would work in our set up. I bought a pair of DPDT relays to handle the switching, and got the windows to move up and down. After confirming the operation, I mounted the relays, and struck another item off the to-do list! 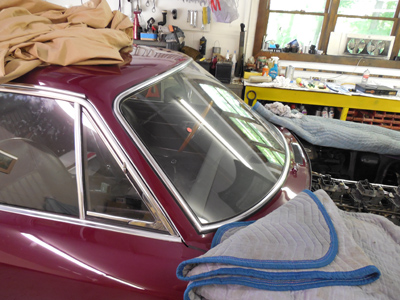 Another item in the list was to fix the front windshield gasket. 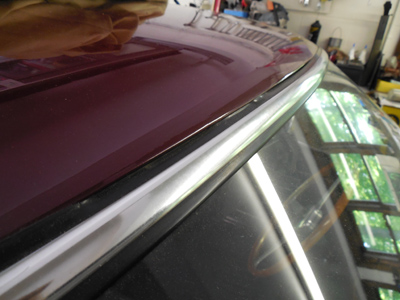 The seal on the front windshield was not reaching far enough to seal the glass to the body of the car. We checked to see if we could move the windshield a little to make it fit better, but it looked like the windshield gasket was too small, or somehow shrunk. Francois and I installed a good gasket last year on a 365GT 2+2, so we knew our supplier had the right ones, so the owner decided to go ahead and try a new one. 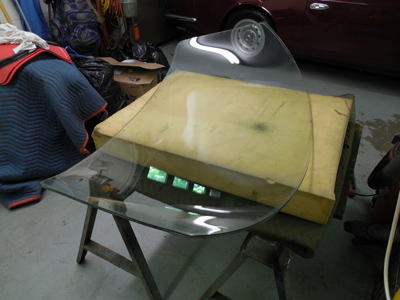 The old gasket was cut out and I CAREFULLY removed the front windshield. I don’t need to tell you how fragile glass can be, and mounting the gasket and trim, then manipulating it into place always risks breaking it. I hoped this one went in without incident. 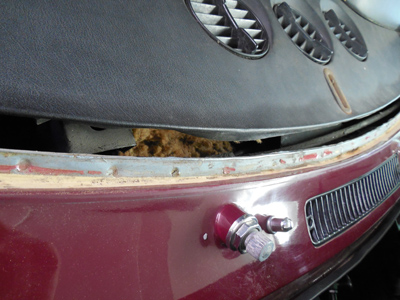 With the front windshield removed, I noticed the remnants of someone’s old home. 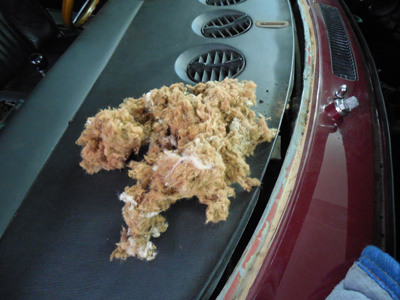 With a coat hanger and some picking, I managed to fish out a fairly large mouse nest out from behind the dash of this car. Good riddance! 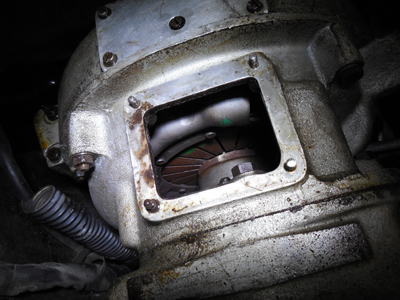 Just as we seemed to be seeing light at the end of the tunnel with this 365, we found another issue. When I fired up the engine to move the car, I heard a noise from the clutch assembly that wasn’t there before. It sounded like it was coming from somewhere by the clutch release bearing, but it didn’t sound like a bad bearing. On closer inspection, the collar on the pressure plate side was making the noise. Unfortunately, the only way to eliminate this noise was disassemble the clutch assembly and inspect faulty part. Getting to this area was NOT going to be easy! 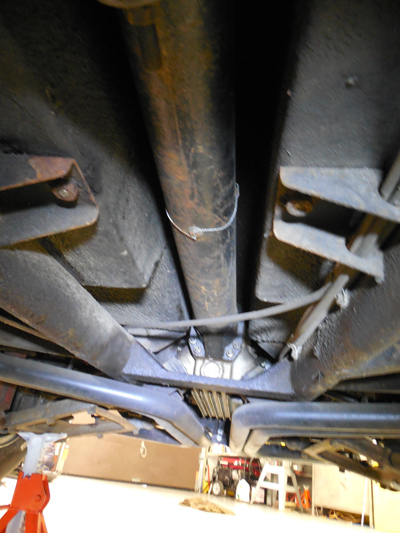 Removing a Ferrari transmission is no simple task, and on a 365GT 2+2, it’s even more involved. A Queen Mother has an independent rear suspension, so the rear differential is attached to the transmission by a torque tube. Getting the transmission out requires moving a lot parts from the rear of the car like the exhaust, half shafts, differential, and torque tube. Once everything is cleared, the monster sized and equally heavy transmission has to wrestled out from under the car.  I didn’t know what was worse, calling the owner about the bad news, or the prospect of doing this job! 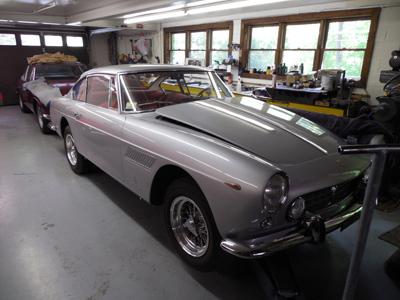 We were getting ready to send a GTE home after an extended stay to fix a bad generator, voltage regulator, and rear differential. 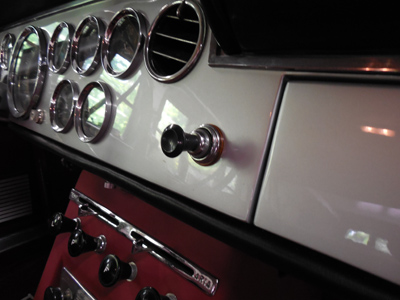 One final request from the owner was to get the cigarette lighter socket working. Having a 12 volt supply inside a car has become more and more important for many of my customers not because smoking is on the rise, but phones and GPS units are not only useful, but imperative in an old Ferrari! 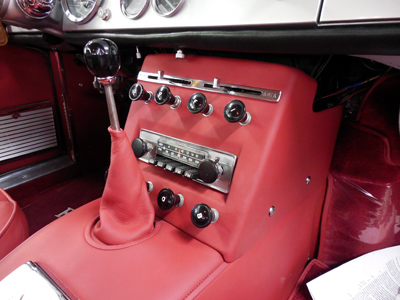 Unfortunately, getting this lighter working again was not so simple as there was never a wire connected to it. The original wire was no where to be found, so I had to find a good source from behind the center console. It was a lot of work to get a lighter working, but now the owner can run his gadgets with plenty of power!