Deciding to Buy a 330GTC 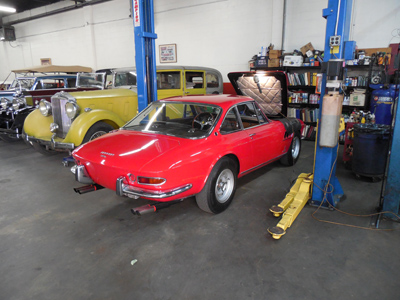 I was contacted by someone in Germany to inspect a 330GTC that was being sold at Gullwing Motorcars in Queens, NY. As the car was being described to me, I realized the particulars were sounding very familiar. I am the first to admit I’m am not a “numbers” guy, and marvel at the ability for some people in the Ferrari world that can rattle off serial numbers off the top of their head. After some digging through my computer, I realized I knew the car, and some of the story behind how it got to Gullwing Motorcars.

The car was owned many years by the same owner and spent some time in the Connecticut area. The engine was rebuilt by a locally known mechanic about 20 years ago in Westchester County, NY, and Francois, my boss did some minor tuning on the engine after the rebuild. The owner moved to Florida, brought the car with him, and began taking it to Tim Stanford, a repected mechanic in Fort Lauderdale. I heard about the car coming to market and considered buying the car for a customer of mine, but I couldn’t close the deal. GTC prices were just starting to move up a couple years ago, and getting my buyer to pay the rising price was no easy task. What we know now would have been genius if we bought at that price back then! 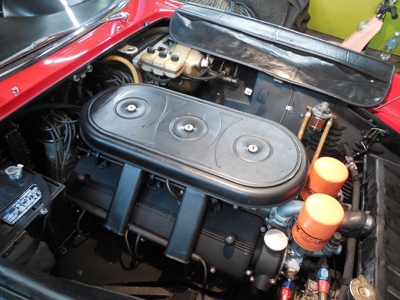 I heard through the grapevine that the car had sold, and moved on with my life until this particular serial number popped up again last week. It turned out the engine was not very healthy, and the car has languished on dealer showroom floors for the last couple years not able to find itself a home. The price of this car has steadily risen in that time due to the interest in GTCs. but with an engine problem, it’s been a tough sale.

The potential buyer asked me to assess the car and asked what my opinion was on the engine. The word was the engine had low compression numbers on one cylinder, and the car smoked from that side of the engine. After speaking with Tim Stanford about this car, I told the buyer that there was no easy fix for this car without partial disassembly or perhaps a full rebuild of the engine. My theory was if there was an easy fix, the previous owner, Stanford, or dealer would have done it by now, and sold the car to an end user. I felt I would not be able to tell him anything more than what has already been discovered on this engine, or could change the outcome of this repair. I’m sure all the remedies of magic oils and additives were already tried. My advice was to work the cost of the mechanical repair into the price, and I would inspect the rest of the car to see if it was worth it. 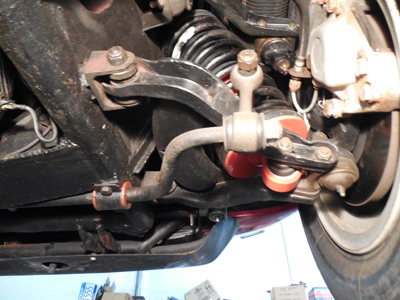 After some negotiations for a price that would reflect a possible engine rebuild, the potential buyer came back to me to inspect the car. I took the ride down to Queens, NY, and looked over the car. This was the first time I personally saw the car, and I liked what I saw despite the smoking engine. There was plenty of evidence that this car was well looked after, and everything seemed to be in order. I even shot video of the smoking and emailed it to the buyer. 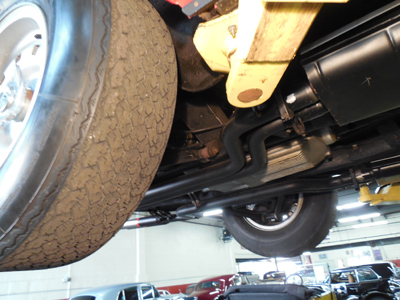 The smoking was still a mystery because it didn’t do it on start up, but would get steadily worse once the car warmed up emanating primarily from the 7-12 bank where one of the cylinders showed low compression. On the test drive, I looked for differences on acceleration and deceleration, but found the smoke would be about the same, with slightly more on acceleration. I was trying my best to figure out if the oily smoke was from worn valve guides or rings, but couldn’t get definitive proof of one area. If it were my car, I would start by pulling a valve cover, and look at the valve stem seals. If it wasn’t the seals, I would see if I could be a bad valve guide, maybe even pulling the 7-12 head off with the engine still in the car. Unfortunately, the low cylinder was #11 which mean that piston cannot be accessed with the engine still in the car, otherwise one could even pull that one piston to see what was going on with the rings!

I felt this car had a good foundation, and even though there was a problem with the engine, I felt the rest of the car was in great shape. It would just take a future owner the strength to push through the mechanical repairs on this engine to make it right.