I arrived in Monterey mid-week before the big Pebble Beach weekend, but I wasn’t sure if it was actually early enough. There are so many events, shows, parties, and auctions, that the Monterey week starts earlier and earlier! 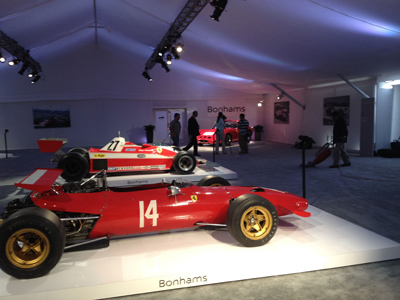 The talk of the town was the collection of cars that was going to be auctioned off at Bonhams on Thursday the 14th. 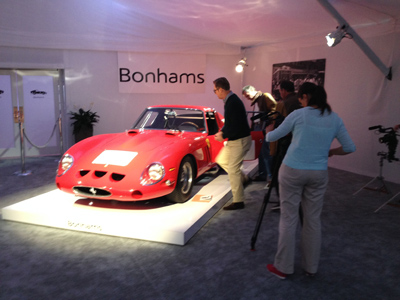 The star of the show as a Ferrari 250GTO that had everyone guessing how much it would go for. It had been a few decades since the last GTO sold publicly, and the rumor of the previous private sales of this model was in excess of 50 million dollars! With only 36 examples of one of the most iconic Ferraris ever made, the buzz was anything could happen.

I didn’t have too much of an opinion about how much this car could sell for, but heard a lot of speculation that this was the first time anyone could buy this car. Previous sales involved private owners and brokers making the appropriate moves to secure a car. At this level of ownership, there seemed to be a lot of “gate keepers” into a very exclusive club.  This was the first time in a long time, anyone who could afford it could bid on this car, and obtain immediate entry into the GTO club. 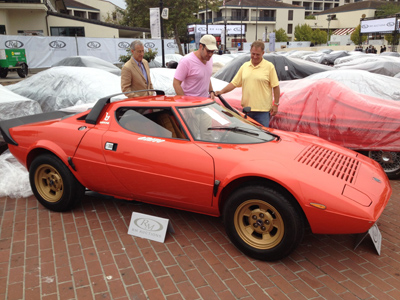 After seeing the GTO at Bonhams, I went into town with a couple of friends to see the cars at RM. Traffic was a nightmare so we got in late, but I managed to see Don Rose of RM who generously spent some time with us by bringing us in to see the cars after hours. David was considering bidding on this Lancia Stratos, but we wanted to first see how he fit his six foot plus frame in the diminutive car. 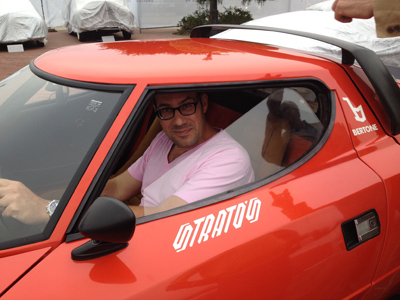 David said it was quite comfortable, but I was still suspicious!