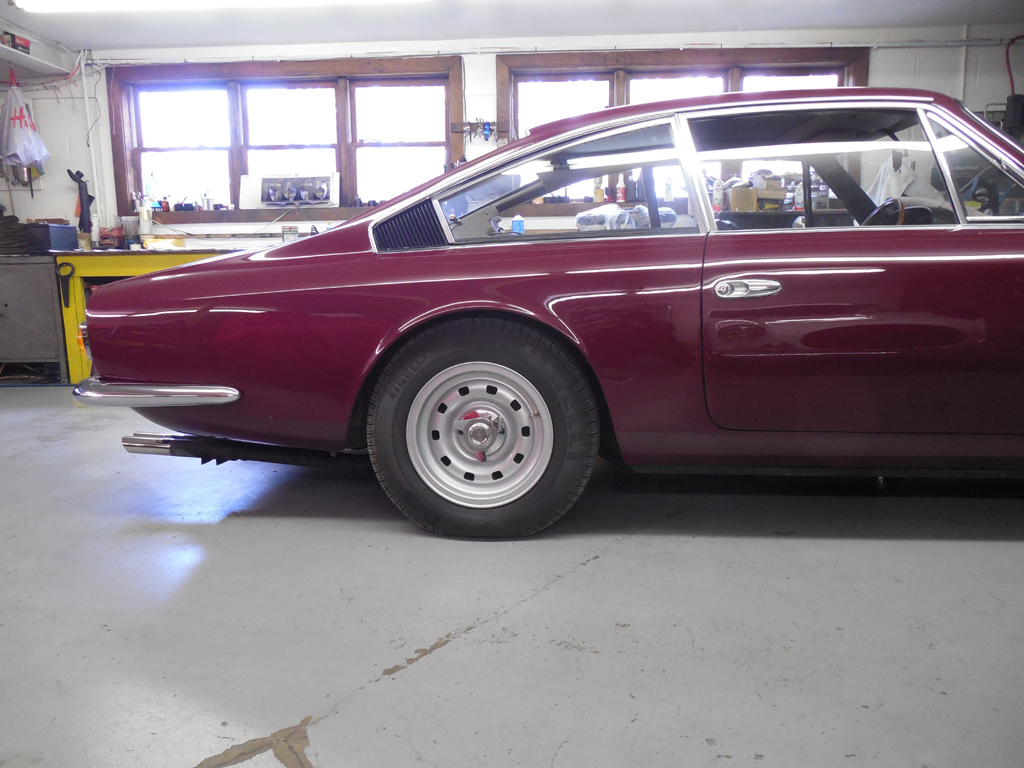 During test drives of a 365GT 2+2, we noticed the rear of the car sagging lower and lower. This is the classic symptom of a Koni Load Leveler shock failure. For four Ferrari 2+2 models, 365GT 2+2, 365GTC/4, 365GT/4 2+2, and the 400 2+2, Ferrari installed a special self leveling shock that would adjust the ride height automatically when heavy loads or passengers were put in the back of the car. As these shocks aged, the seals leaked and the load leveling shock failed. 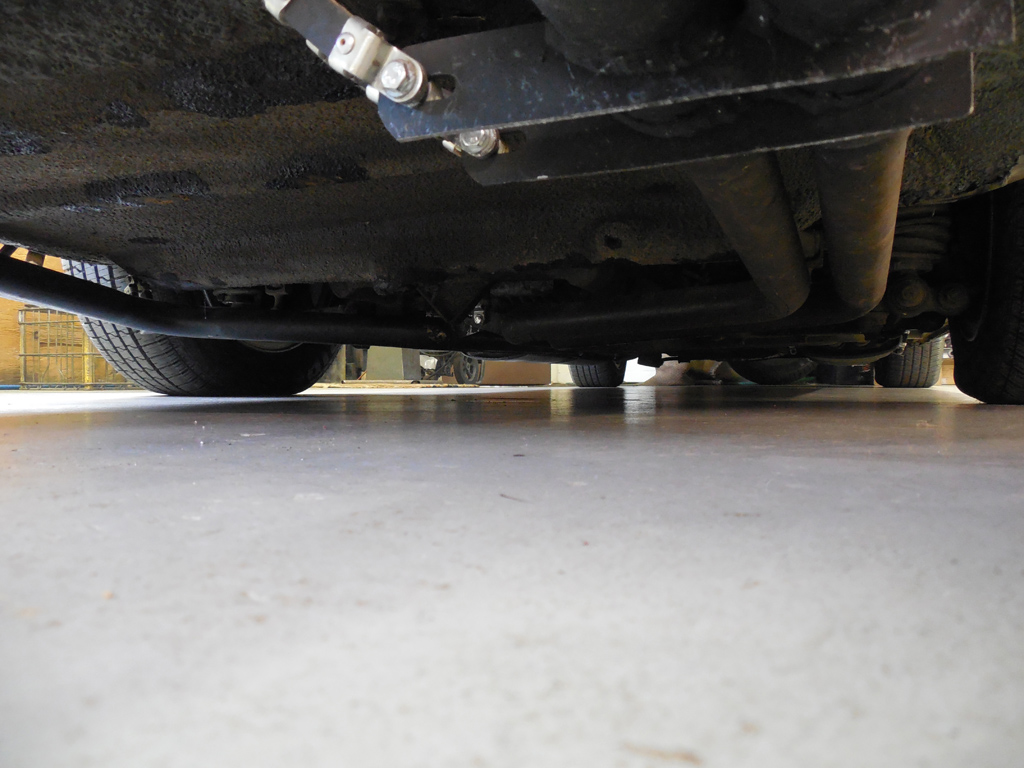 Ferraris are already low to the ground, but this car had about 3 inches of ground clearance! Not only was this a risk to tearing out an exhaust system, we recently had a C/4 crack it’s bodywork when the rear tire hit the inner fender! 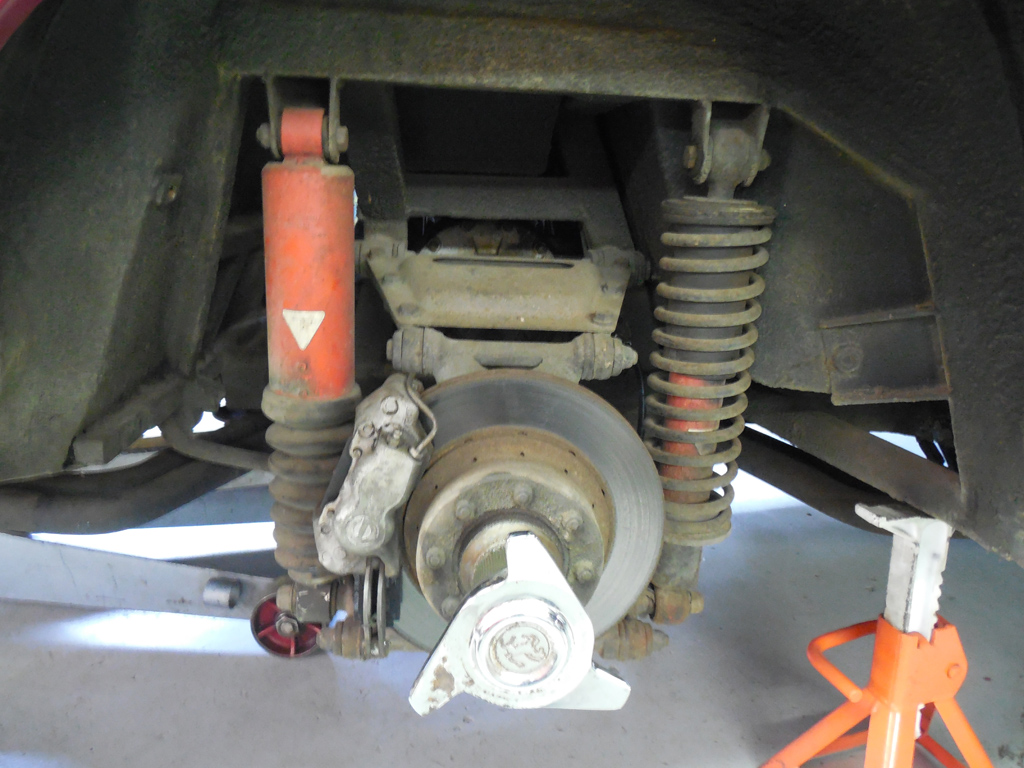 There are two solutions to fixing this problem, rebuild or replace. The load leveler (on the left) can be disassembled and new seals can be installed, but unfortunately Koni no longer rebuilds them. (Hmm, I wonder why?) There are only a couple of people I know who have done this successfully, but they both admit they don’t know how long their rebuilds will last. I suspect there is a design flaw and despite new seals, the shock will eventually fail again. The second solution it to replace the shock all together. Koni makes an update coil over shock that has an adjustment so the user can manually adjust the ride height. It’s a compromise of reliability over convenience, but I think this is the best way to go. 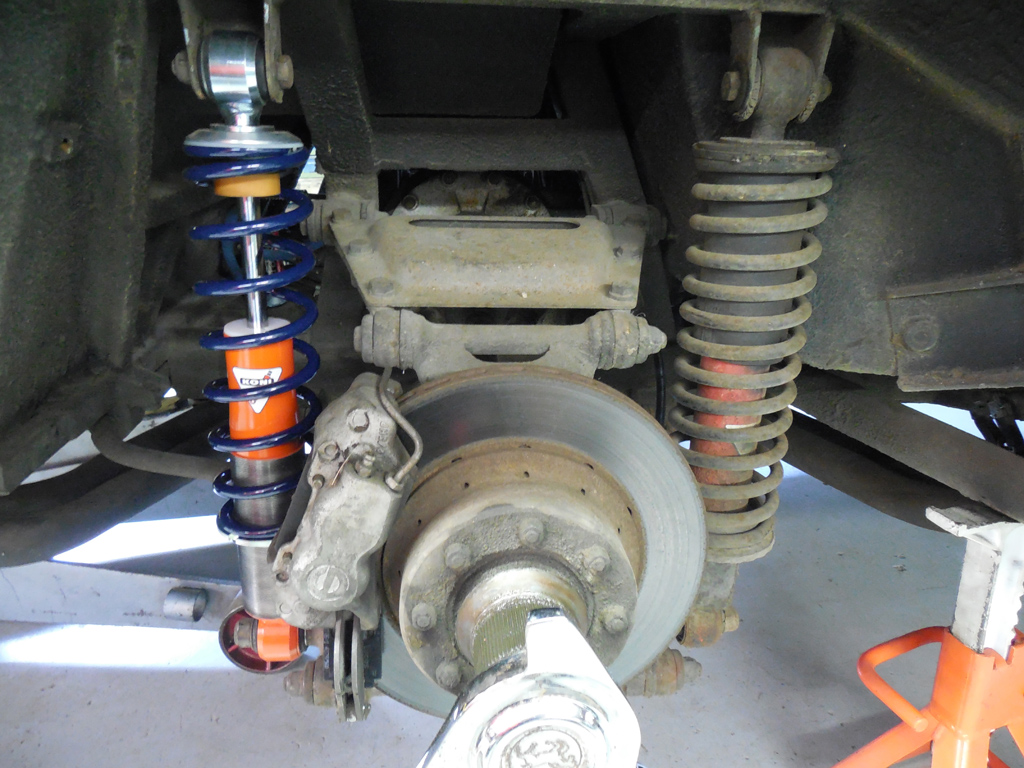 It didn’t take long to pop out the old shock, and install the new unit, and soon the fear of the scraping exhaust pipes was gone!

Here’s the before picture. 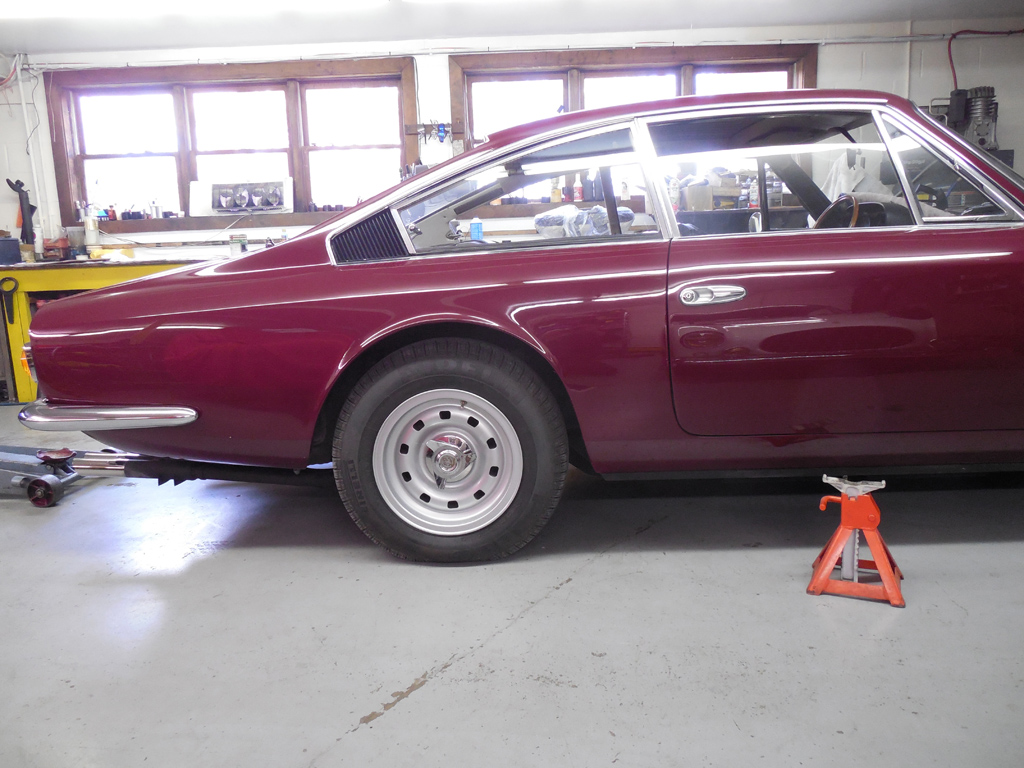 Here’s the after. The difference is subtle, but that extra inch or two of height will save the owner from some expensive repairs in the future, let alone the embarrassment of scraping the bottom of his car when visiting friends! 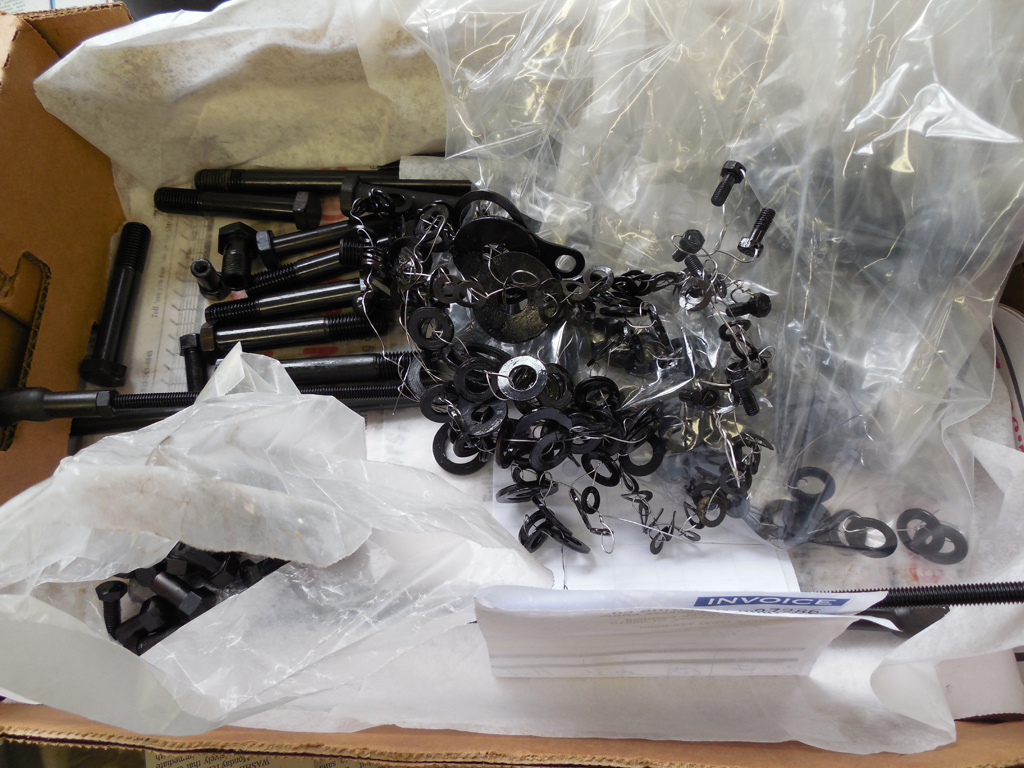 The batch of black oxide came back from the plater and I sorted out all the little bits and pieces for the 275GTB/4. 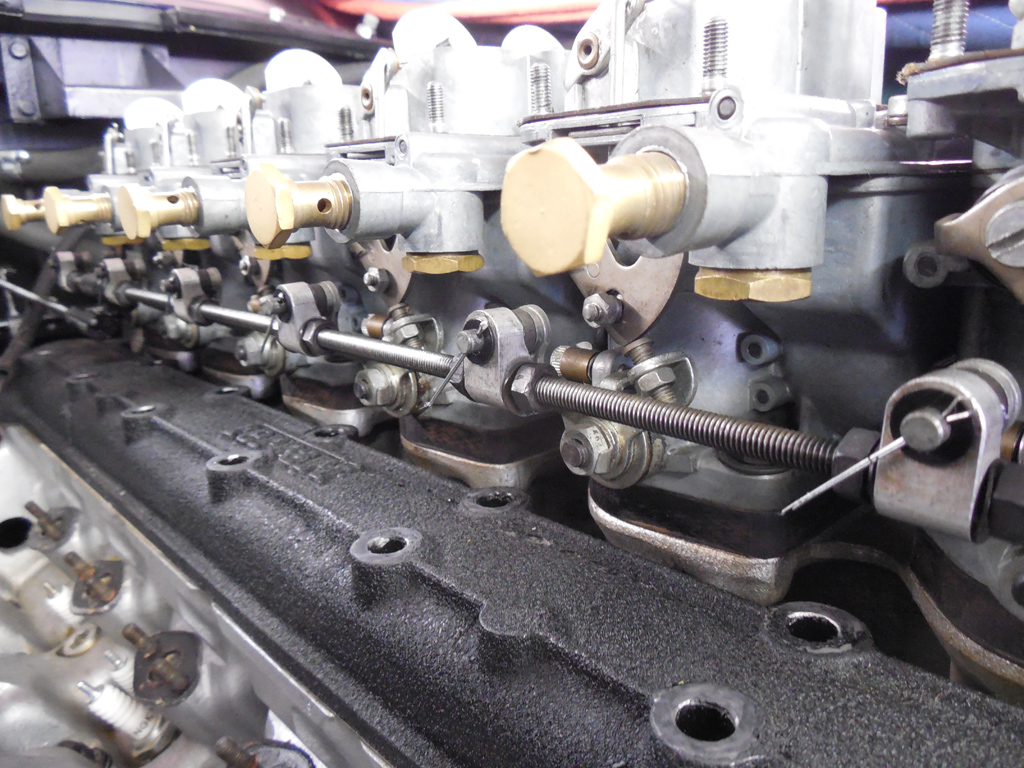 I carefully followed my notes and drawings to reassemble the throttle linkages. I’m using regular cotter pins to hold the pieces in place, but eventually will be installing correctly finished black oxide cotter pins. 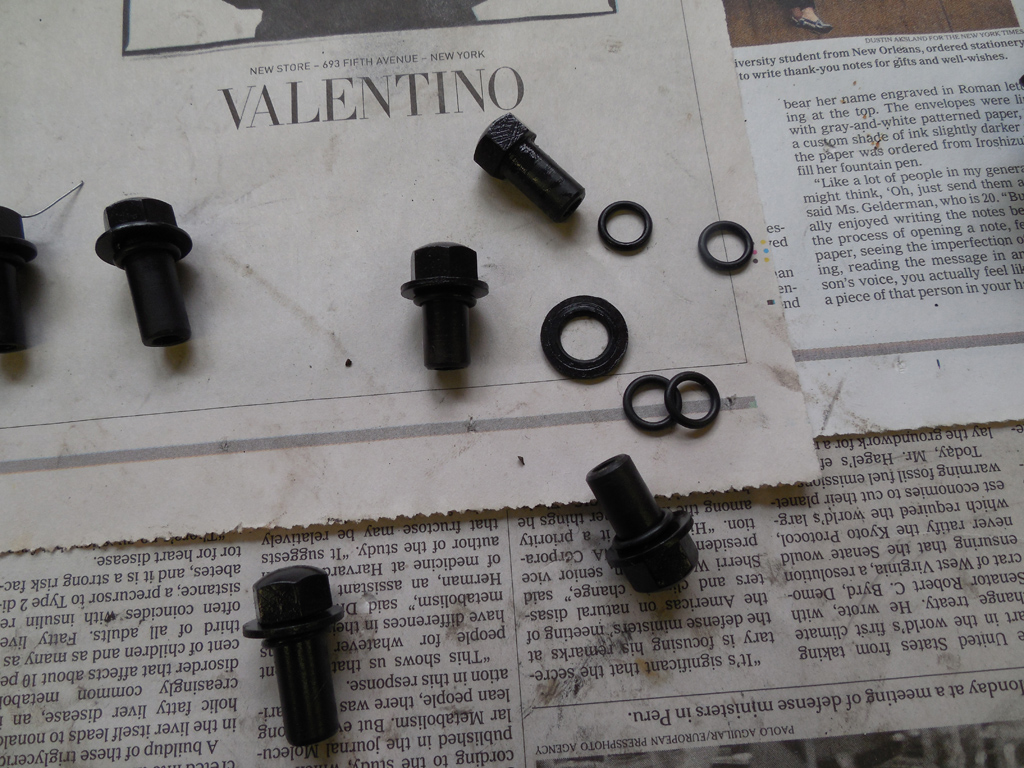 The valve cover bolts were correctly finished in black oxide. Each bolt received a flat washer and o-ring. With over 50 of these guys to put together, it was a little fiddly. 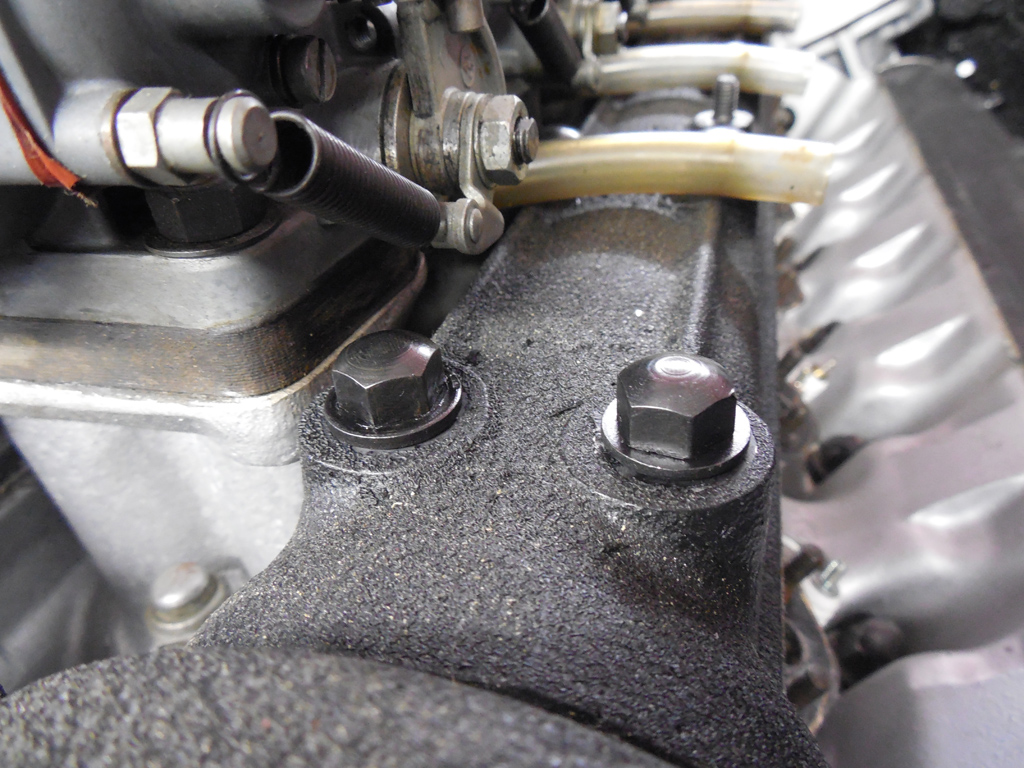 Installed, these valve cover bolts seal the oil in with the o-ring that sits in a groove in the valve cover so you can torque down on the bolt without completely smashing the o-ring.